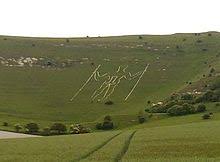 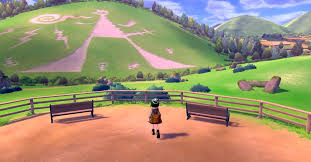 Just noticed that they probably based this on the long man of Wilmington. I love stuff like this. Kalos did a decent job referencing France (eg the Eifel tower, menhirs in Brittany...), but I want a lot more. Galar should be chock full of UK references.

Next, we're gonna get NPCs with thick accent.

Team Skull was just a bunch of thugs, if anything the "destroy the world BS" has already stopped going.

You mean the creation of a new universe didn't mean the destruction of the current one .... *sigh* At least, they were actually threatening in their manga counterpart. The game just feels vanilla in comparaison.

Sadly I couldn't get over Sun and Moons tutorials and challenges to fully progress the game enough (just gave up and was like I rather play something else), which I truthfully hope this game doesn't have any of that.

However if I recall didn't Team Plasma try to freeze Unova region to accomplish their goals.

The sword and shield forms make sense and sound like something the current creative direction would go for, starters having both forms for obvious reasons while the remaining Pokemon in the game have one or the other.

Yeah Sun and Moon were dreadful games, so it makes sense you wouldn't have been bothered. But yeah, evil team were just some random thugs and I believe at some point their leader even helps you out if I recall correctly. That said, the story still gets a bit over the top, it just doesn't involve Team Skull at that point.

I guess Team Plasma trying to freeze everything in Black 2/White 2 is eligible for "destroy the world BS", yeah, but in the first game they were pretty much just going for a dictatorship takeover.