If Trump is 1/64th black does that mean he belongs on the cover Ebony? Should he get to host the BET awards? Maybe he wants a wall because of his ancestors in Wakanda?

Don't put Trump on black people. They have enough problems to deal with in America as it is.

First, the text used DNA from Columbians, Mexican and Peruvian DNA to prove her ancestry.

Lasyly, the Cherokee Nation, which she has listed herself as in a Native American cookbook recipe she published came out against her claims

Agreed.  I mean I see what he is talking about if someone is touting a distant relative they never knew, and say that their service makes them want to fix the VA, but when elected they don't do jack shit.  But, if they are talking about a direct relative that helped shape their view on things, I have no problem with that.

It wouldn't be a problem if this was just a family story that she later found out was wrong.  She didn't keep it just a story when she started labeling herself as a minority and was hired as Harvard's first woman of color.

Part Cherokee and Delaware.  Funny, cause her mom looks as lilly white as she does, which is why I don't buy her story about her dad's family rejecting her.  Unless she wants to admit that they are racist Jim Crow Democrats who were using the One Drop Rule.

And yes, her DNA was compared to DNA samples from Latin America, not American Cherokees.

According to her it does.

Yea, it'll definitely benefit him if she somehow gets the nomination.  I think Biden will beat her easily, though. 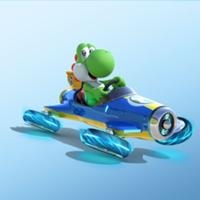 The issue isn't Warren's *True* claims but our presidents ability to lie through his teeth and lose no support. As someone from Mass I know all about the "Pocahontas" reality. She stated in a campaign ad she had native ancestry and was ripped to shreds. Now she proves that she wasn't lying and people bash her? The main issue is how Trump stated he would donate One Million dollars to a charity of her choice and now after it actually happening he said "who cares?". The U.S president is a compulsive liar.

I agree, they have to deal with democrats trying to solve their problems and creating bigger ones.

Go listen to the Kanye speech at the white house, he will explain it to you.

“It wouldn't be a problem if this was just a family story that she later found out was wrong.  She didn't keep it just a story when she started labeling herself as a minority and was hired as Harvard's first woman of color.”

She was hired in 1995. The article that came out labeling her Harvard’s “woman of color” came out a year later. An article and label she distanced from and had no idea where it came from or why it came up. Multiple sources confirmed years ago her heritage had nothing to do with her career.

So essentially you’re using decades old article long since debunked to try and twist a situation into something it wasn’t. The very fact that she’d agree to take the DNA analysis and release the results should prove to any logical person that she wasn’t acting intentionally dishonest.

Tell us about the vast wisdom and intelligence of your people, that you can climb up on a high horse to make fun of other people.