Forums - General Discussion - I'm tired of this overemphasis on diversity spilling into our entertainment.

You probably don't go to their forums to see that they will discuss all minute changes and heated discussions right?

Because for Manga vs Anime, which are made by same team and have very minimal changes all is heavily discussed with some liking or hating them.

Dragon Ball had Mr. Popo changed to blue in USA so SJW wouldn't keep complaining about the black guy with exaggerated facial features. Same with Jinx in Pokemon. Yet no japanese fucking cares that they call one another monkey and have Goku with a tail or animal humanoids ruling the world.

Two points on that. First do anyone have to be identifiable in any of those categories or "cis gender"? If any character isn't said to be cis gender or show to be, you can also assume he isn't for all anyone care. Do you think they got their time tracking how many of the chars were identified/confirmed to be cis versus the rest and see how that fit to demographics?

And you clearly missed the OP, where he isn't complaining about having LGBTQ+ in media. If the story makes their gender important than it should explore it, but if it is either just tossed there or changed a character for it is the points of complain.

Is that one of the it only matters in one direction?

As I said perhaps you should go to those guys den and see their discussions... and also consider that probably the complains about gender and race are fished on the net and made heat to push an agenda.

And as said in the thread, that several of those forced diversity also make chars less depth because some flaws have to be removed to not be considered bigotry.

But I have to say I like wasting 90 min at my couch seeing Adam Sandler on netflix.

When I don't have to pay extra, 90min of Adam Sandler can be entertaining.

I agree with this, though like I said, Sony specifically pushed the debate for marketing and so engaging in it at all is getting involved in thier manufactured outrage.

I see your point, I just think that a lot of the time in those cases, the characters would have sucked either way and the push to make them diverse wasnt really the reason for it.

Problem is diversity was used as means to forbidden disagreeing.

That's true, but that was more a syptom of the manufactured outrage, most people just thought it looked shit, so they played up all the real sexist comments to make it look like that was the only critisism. I mean all the sexists didnt help, but basically all of it was just a massive marketing tool.

My thoughts on so-called "forced diversity"? 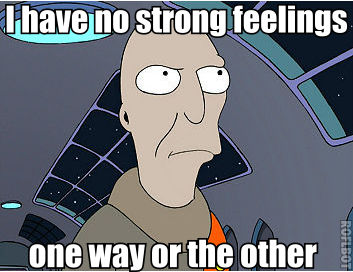 So long as the end product is good, who cares what race, gender, or sexual orientation the characters are? I honestly don't get people who obsess over these things. Whether it's people complaining about Spider-Man: Homecoming's majority non-white cast (Whites not a majority in Queens? Stop the presses!) or other people complaining about the Major in the live-action Ghost in the Shell movie being played by the very white Scarlett Johannsen instead of a Japanese actress, it gets old, quick. Judge the film, show, or game on its own merits, not because it has too few or too many minorities for your tastes.

For example, the Ghostbusters reboot wasn't bad because it made the main characters all women. It was bad despite that. The movie had a bad script, bad direction, lackluster effects, and humor that lacked the humor and charm of the original. But there's no reason an all-female Ghostbusters crew couldn't have worked.

I can agree with that.

But that is one of the points of the OP. Make GB all women to use as marketing and them forget to make the movie good.

So it finally happened, battlefield 5 has a female with one arm as part of its cast.

I'm quessing they gave her the prosthetic arm so no one would dare to critize the female character too harshly.

You wouldn't make fun of disabled people, would you...

You're playing a video game, not a simulator.

Not to mention adding in a Katana!  Forced diversity garbage right there for you.

The Soviet Union actually did have women on the front lines.