When you see the ps4 matching or besting the Switch each week and people ask what is the reason for the continued sales.... you just have to point at the stream of games like this and GoW which aren't really appearing anywhere else.

I'm looking forward to giving Detroit a try! I've considered myself something of a fan of David Cage's work since I played Heavy Rain a number of years ago. Loved that game! Also enjoyed Beyond: Two Souls and Indigo Prophecy.

These things said, I also feel like I've been spoiled over the last five years of so by the wonderful assortment of stories we've seen come out of the indie community, to the point that David Cage's titles now seem a little narratively primitive compared to many of the options out in there in gaming, to me. As I've scoured the trailers for Detroit: Become Human since its announcement in late 2015, the first one, revolving around Kara, had my interest very much piqued. But then the ones about Connor and his damsel in distress scenario and generic black guy Markus came out and I couldn't help but feel like things were starting to look a little cliched. When I saw those two, I couldn't help but, in each case, start to feel like maybe I'd outgrown some aspects of Cage's style in recent years. I hope these characters all turn out to be as multi-dimensional as the title of this game suggests they should be.

Still, the premise has real potential and the first trailer still gets me. I'm not foreseeing this becoming my favorite game of the year, but I am definitely going to give it a shot.

I can't pretend that I'm all that hyped up about Detroit. I'm going to wait and see what the reviews say about the game before I even consider getting it. David Cage has always made games that look great, but they've always had issues in other areas, most notably in terms of storytelling and overall plot.

I feel as if the graphics have improved:

You can return to key moments in a chapter. I've only got a screen but evidently this is what was being discussed. You can also check the statistics to see what other players chose: 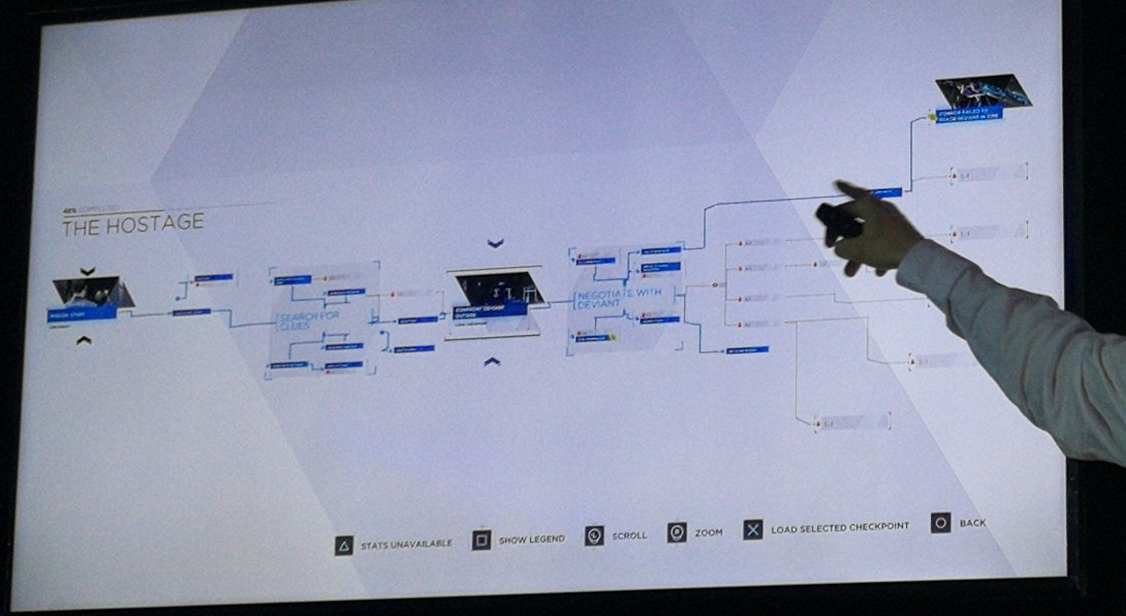 After "God of War" already appears the next masterpiece with this game. What I find particularly fantastic is that the developers and sony attach great importance to interesting characters, emotions and exciting dialogues(story) - combined with varied gameplay, beautiful graphics and much love to detail. And I am especially looking forward to the soundtracks :)

#I love singleplayer games
and the developers deserve great success for their effort and this quality-production. Hope the best (sales figures) :)

I really hope the gameplay is a bit more "deep" than beyond: two souls

They do great music, Heavy Rain and Beyond are some of the greatest game soundtracks I've heard, sounds like this one could be just as good.

100 % yes, the developers have confirmed that :) Its like "Heavy Rain" - but better and with much more variety!