Labo will be beasting and lead to worldwide cardboard shortages.

remember that chart states as of week 47 which is till jan 21. 1 million in other only in Au/Af/As, is very very high. i also wouldn't have a problem believing over 13 million if it wasn't for the sold through 10 million date as of december 10, and npd data, it just doesn't line up. the data from  nov 26-till December 9  NPD wouldn't be included  at the very least it sold 500k in that period. that leaves 1 million in the north America  is strongest region by far. so every where else it sold less, it does it get to 3 million? only way is if nintendo 10 million announcement  excluded or regions or they were at 10.5 million.

With the labo kit below.. yeah i'm sure it will 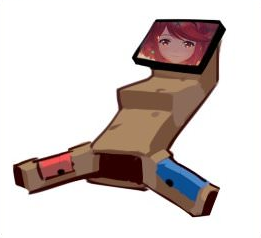 Lmao. At their investor meeting yesterday they literally said their sold to consumers was over 13 million with 14.86 million shipped. They never gave an exact figure of what over 13 million had been shipped either but going by that report from Famitsu Switch reached 10 Million at least a week before Nintendo announced that they had sold 10 Million and then when Famitsu made their announcement, Nintendo had sold approximately 13.2 million units.

Regardless they Switch was over 13 million by December 31st sold to consumers confirmed.

famitsue  has nothing to do with nintendo WW figures, and yes they did announce 13 million sold through and they clearly said as of now, not as of december 31.

Famitsu stated that Japan accounted for 25% of all Switch sold worldwide which at that point was 13.2 million.

And if you click the link above, those numbers were included in the 9 months financial statements meaning December 31st.

Switch and ps4 outselling xbox 3:1 Its almost under 100k. That's really bad considering the xbx just launched. It's going to be a long year for Xbox with very few system sellers on the way.

Damn MS not having a foothold in Japan is really paying off for them huh, how do they even fix this.