Rise is Capcom's fifth highest selling title in history, it was 8m as the PC version was being released which contributed to it adding another 1m taking its total sales to 9m, Sunbreak is out in a few weeks.

Welp, Disco Elysium was certainly quite the .Ind boggling CRPG I was expecting. The mechanics involving your character unstable psyche and how malleable they are is truly the crown jewel of this game and the story and world that accompany it is amongst the Marvel's of story telling you rarely find.

The worst part of it is obviously it's capped performance on Switch but it didn't deterred too much the experience, the game has quite the DA matching the game's ... experimental tone.

What a game lol

That last boss btw was such a bitch. Defeated the final boss in 2nd try after changing up my strategy.

Score wise among all the SMT games I played... I rank SMT Strange Journey Redux as....

Screenshots of my party and some other stuff from the game! 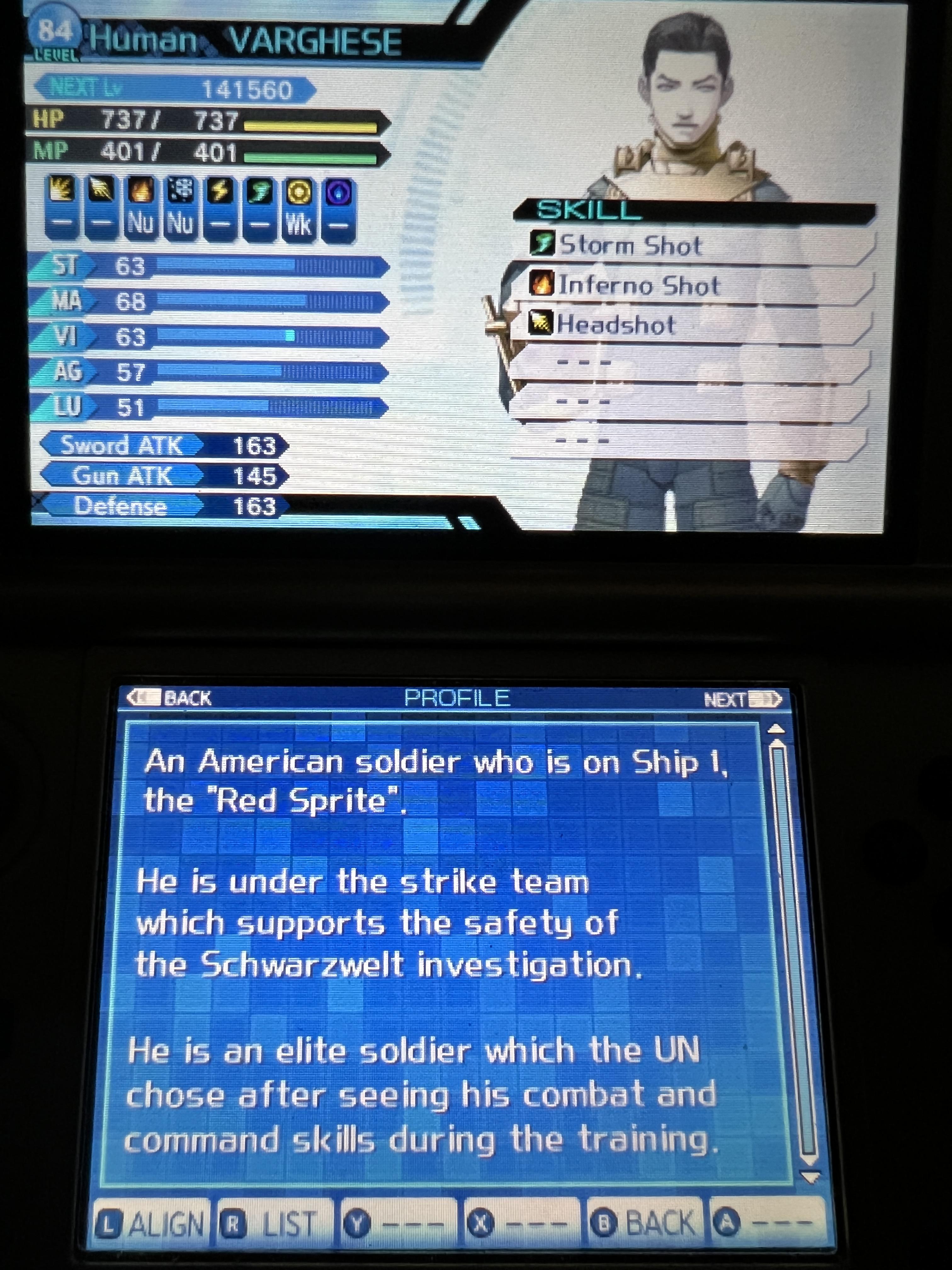 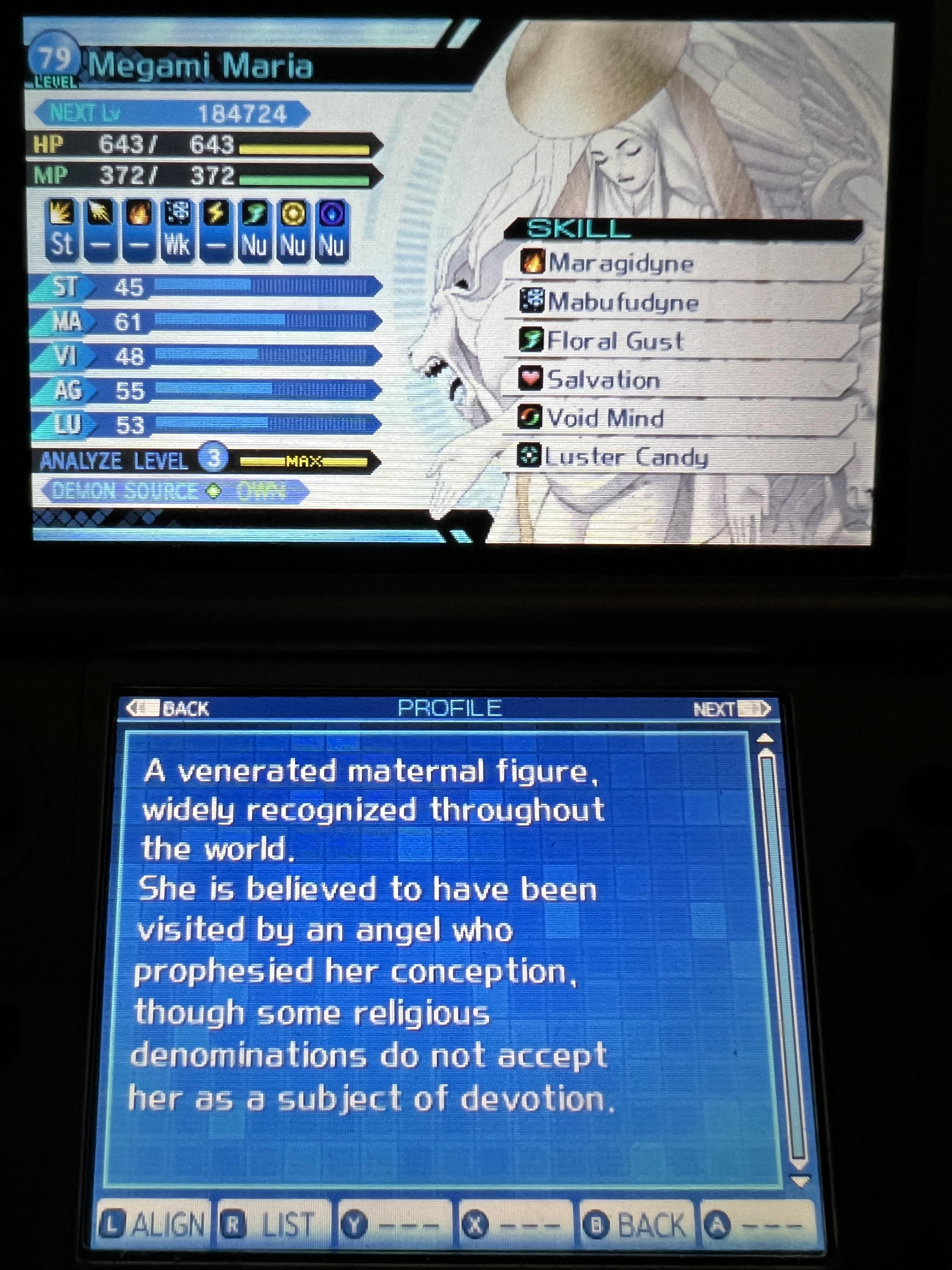 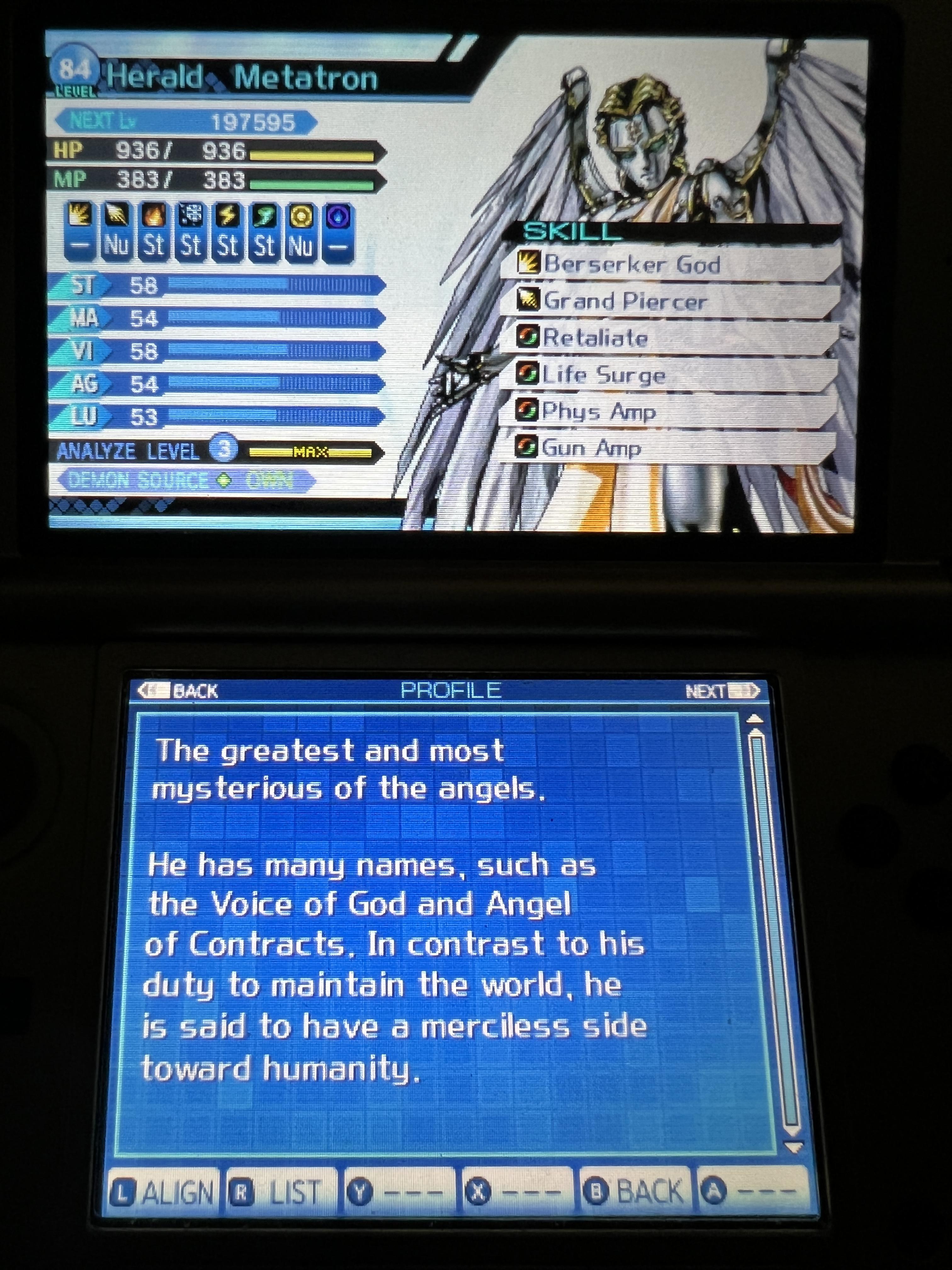 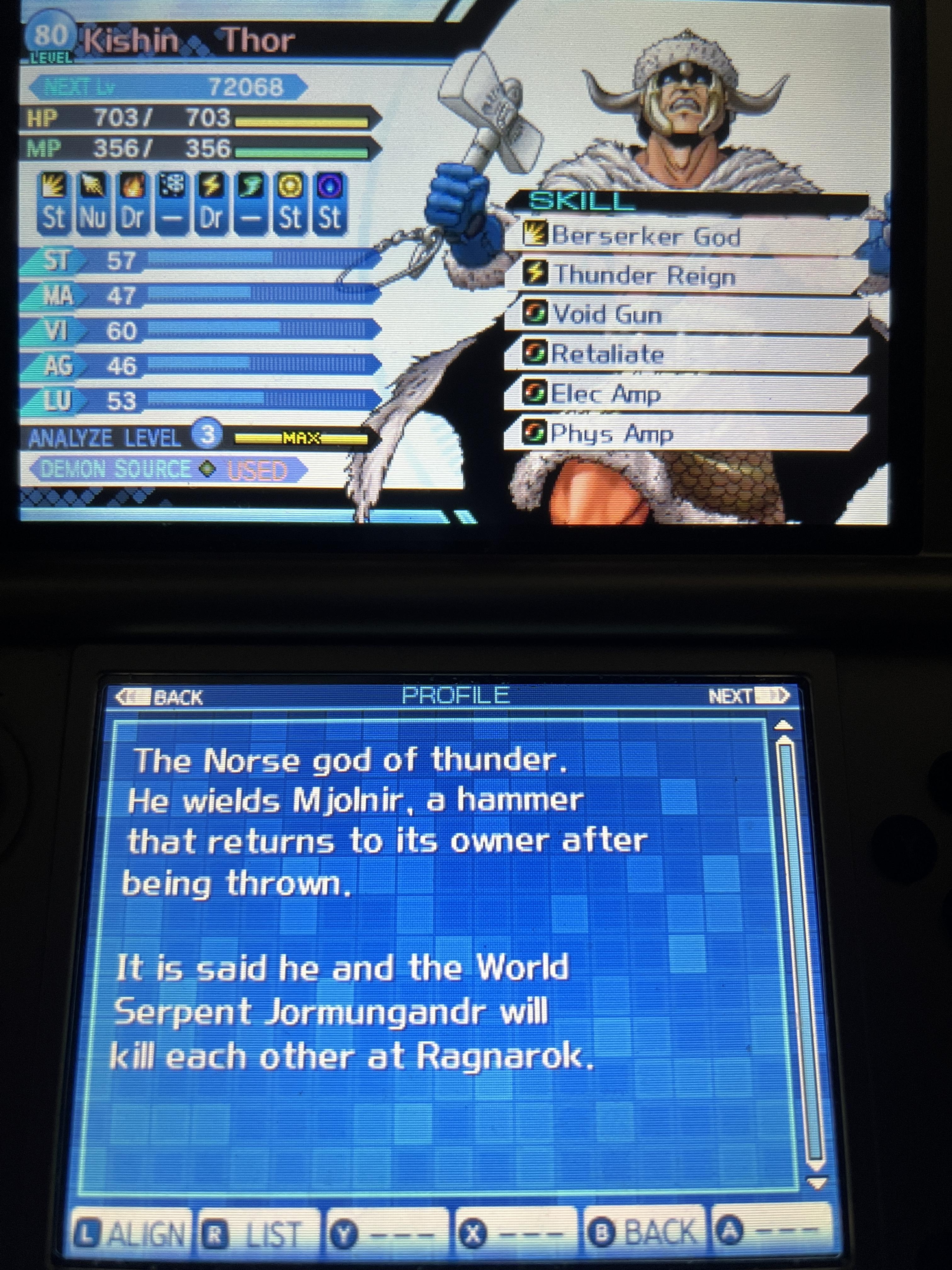 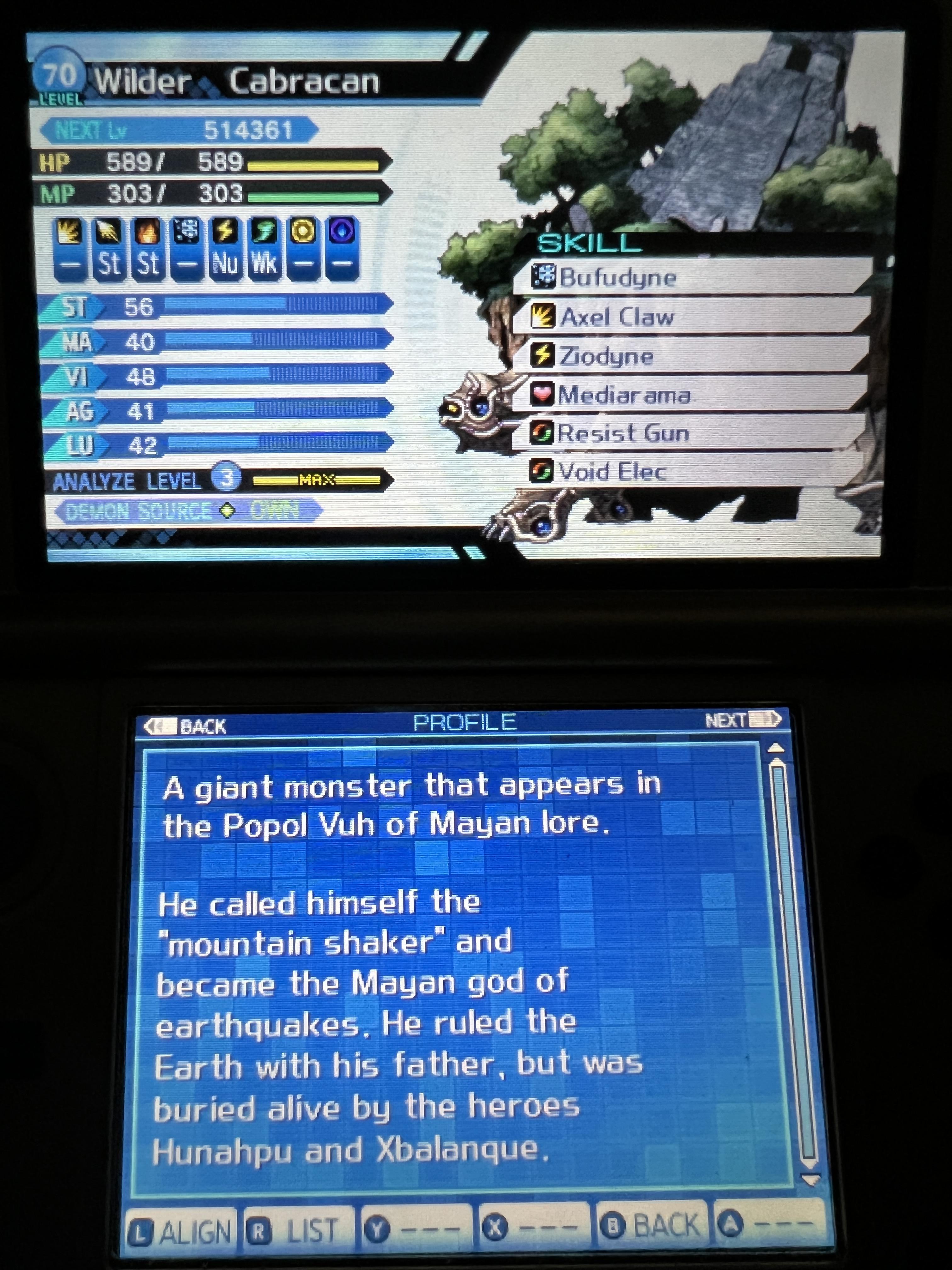 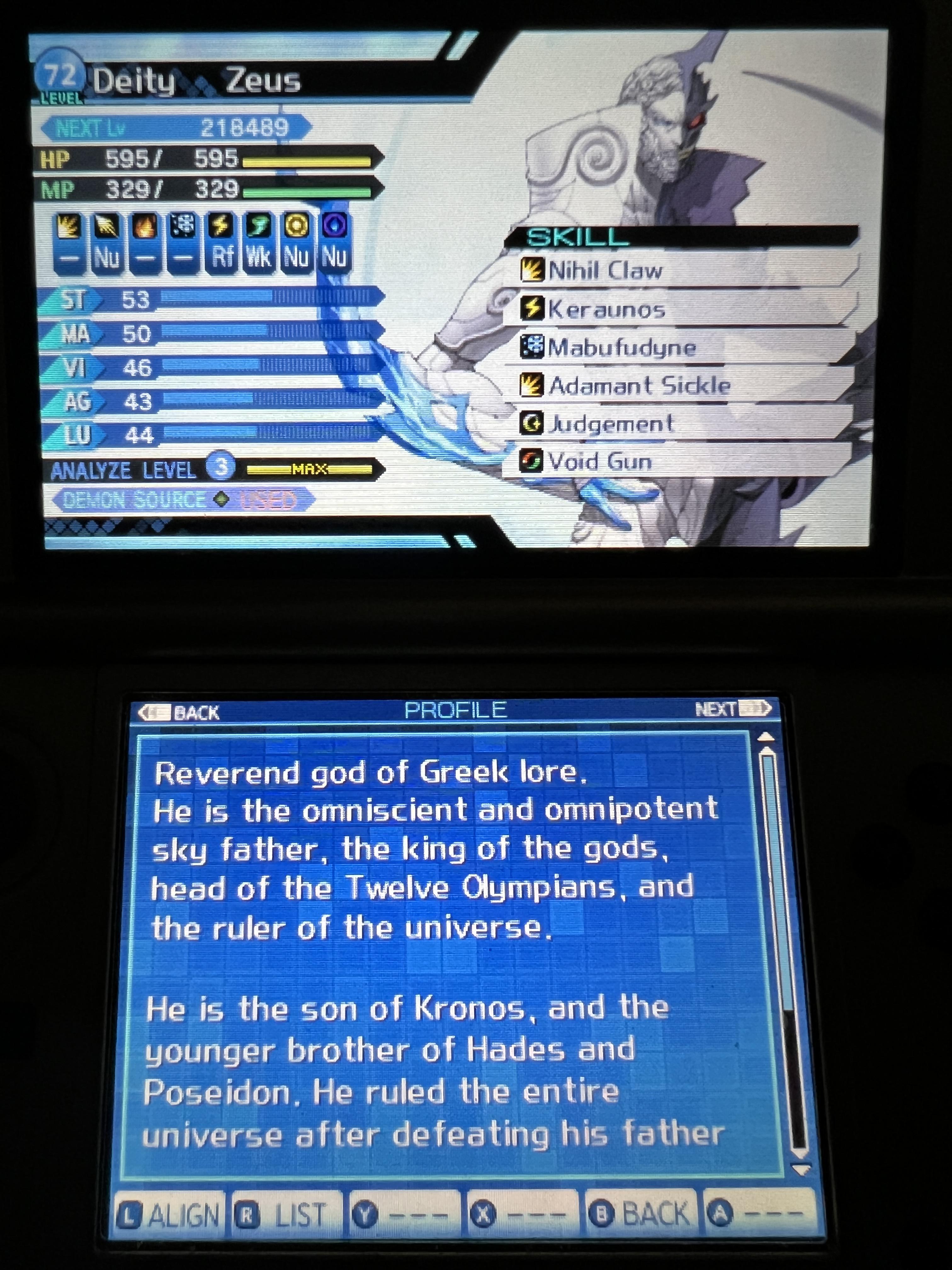 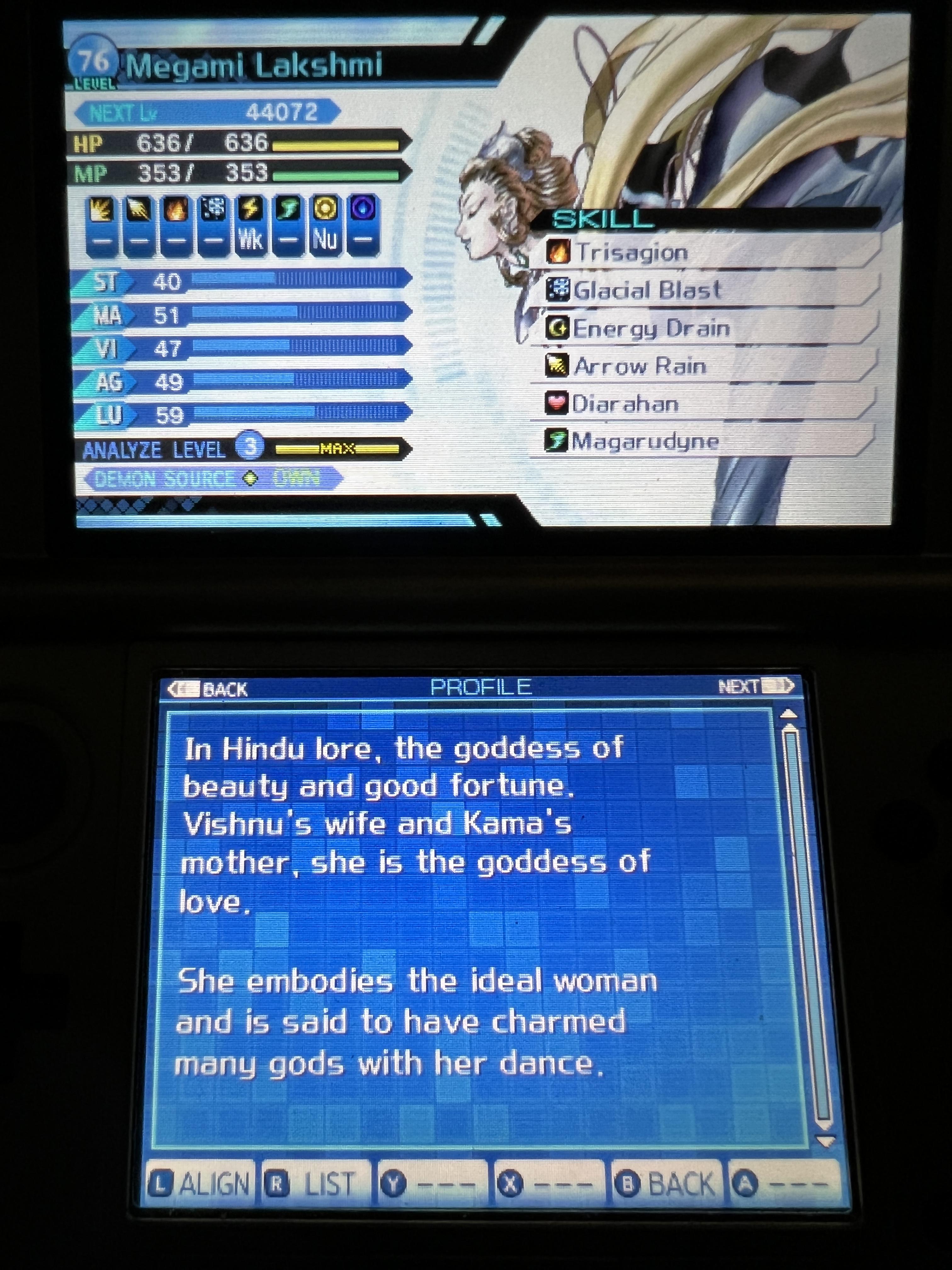 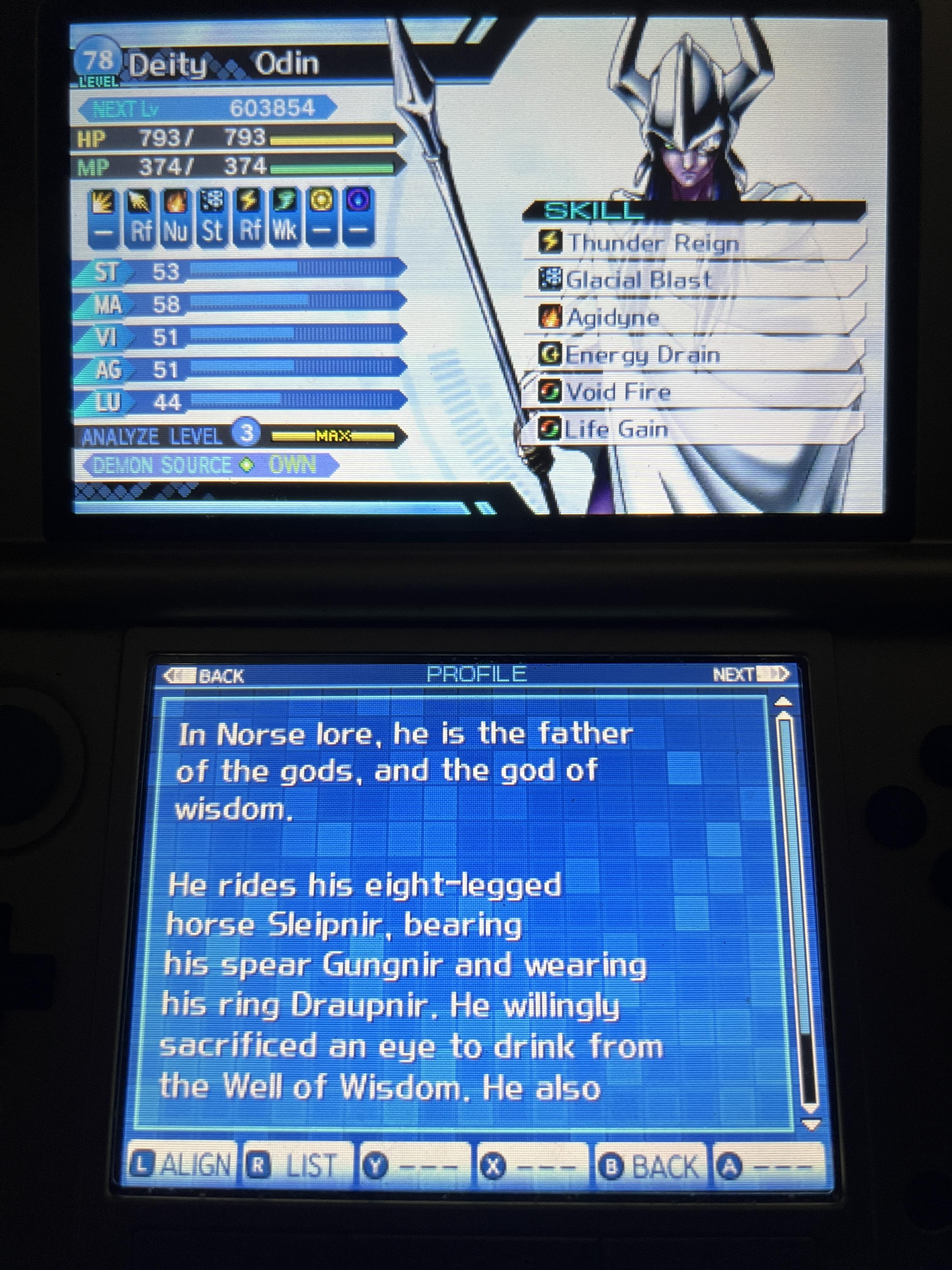 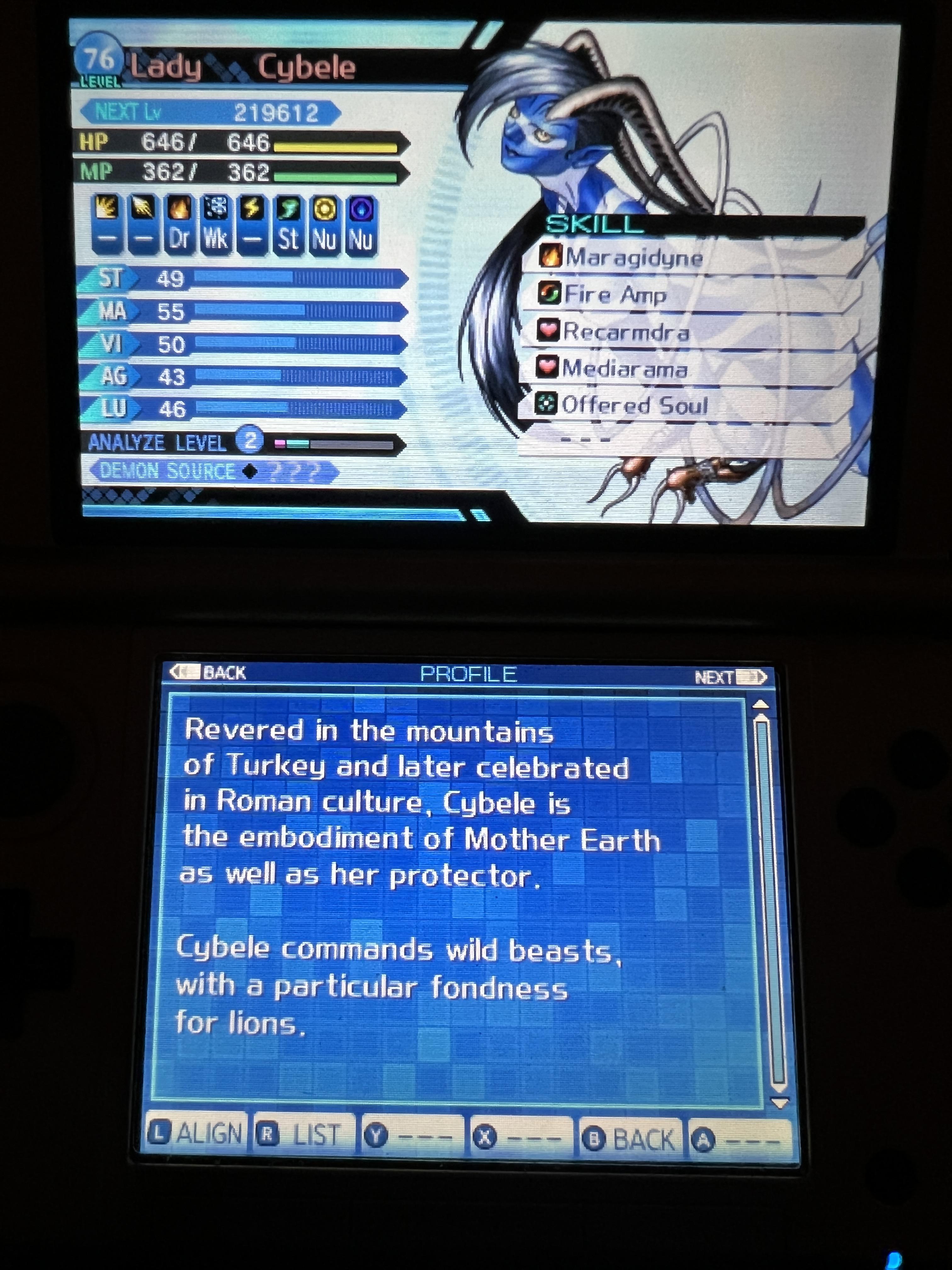 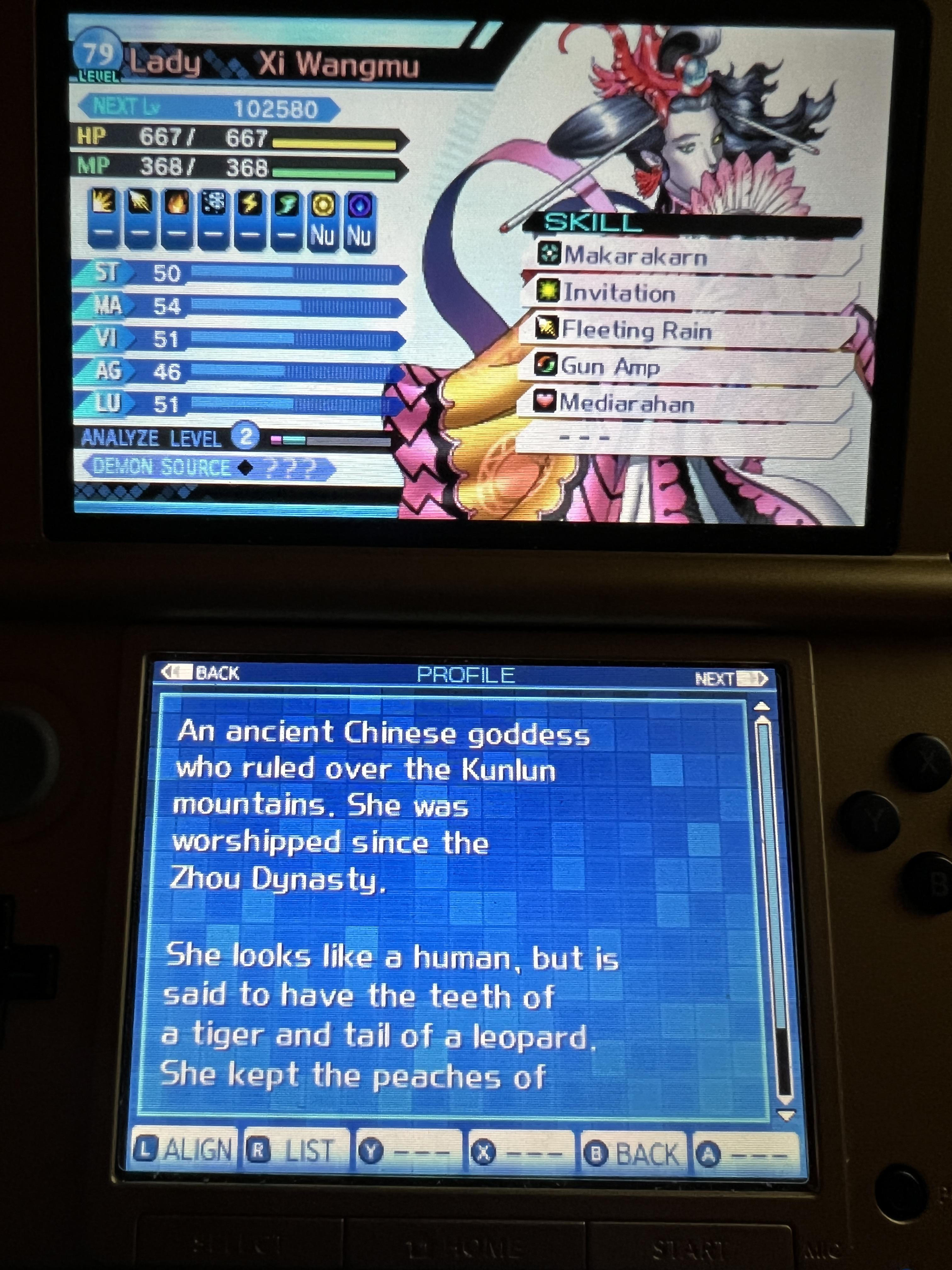 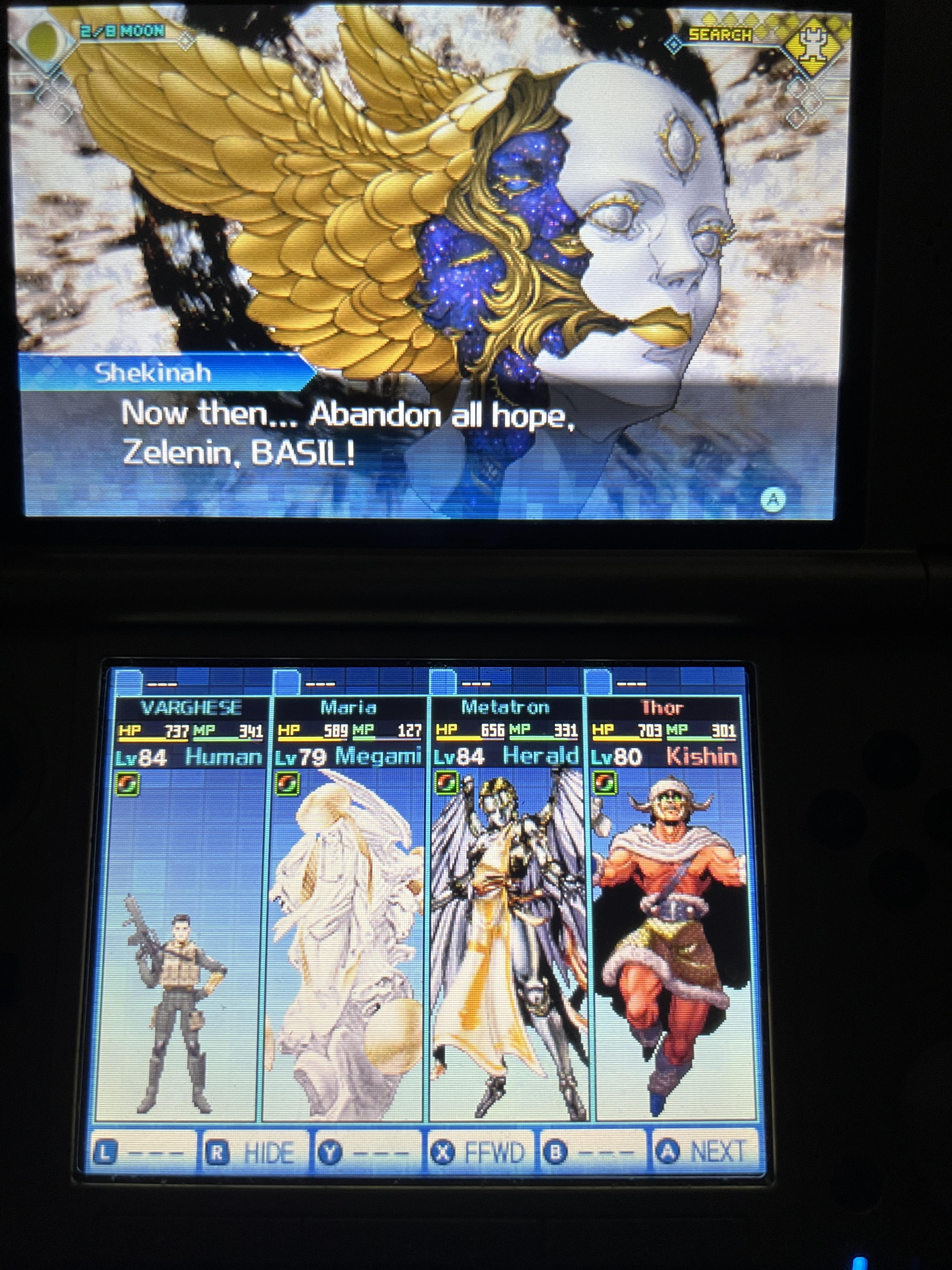 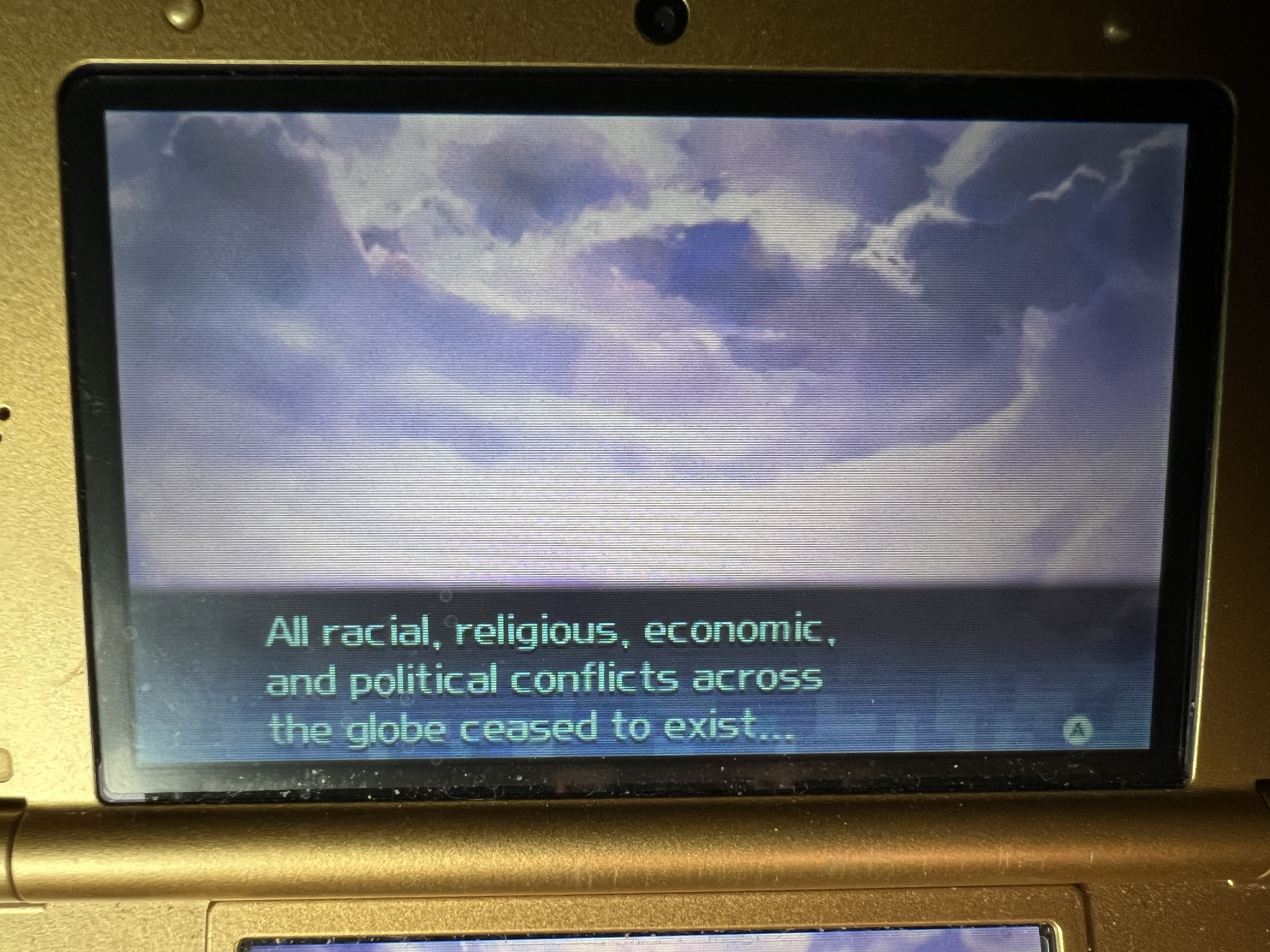 2nd most played game on 3DS for me lol 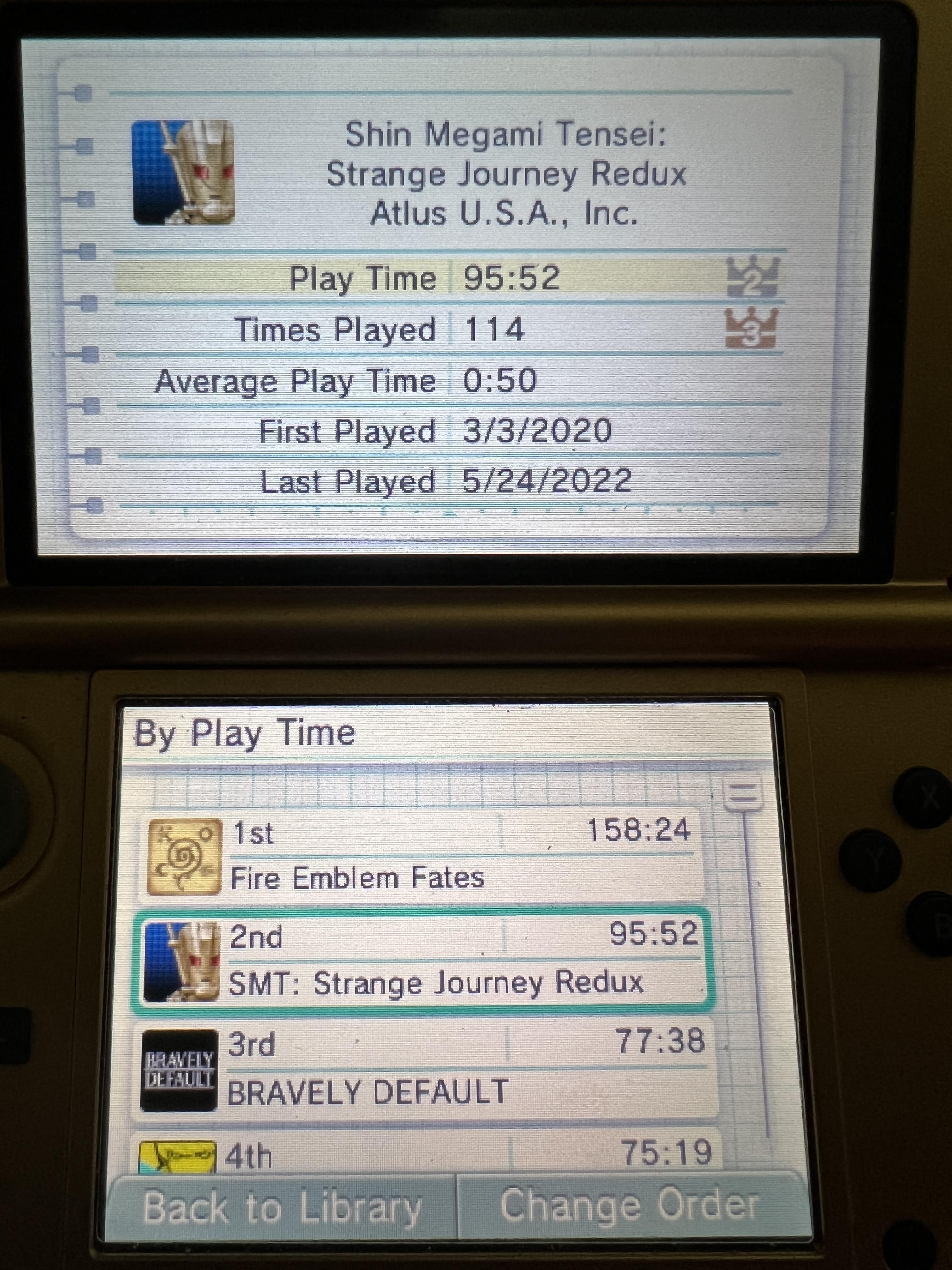 As someone who grew up with the likes of Banjo Kazooie, Crash Bandicoot, Spyro, Conker, Mario 64, etc, the new Kao the Kangaroo is looking quite appealing.
Yeah, it's highly derivative, but so are many good games.
This particular kind of experience is relatively rare nowadays; seems like it'll be a nice nostalgic romp to save for a rainy day.

I just finished playing a game called Kaze and the Wild Masks, and it couldn't have been more like SNES Donkey Kong Country if it tried.

Successfully emulating classics of the past is not a bad idea. They're classics for a reason. The key is to do it successfully, though. Stuff like Shovel Knight and Kaze and The Messenger do it VERY well, whereas Yooka-Laylee did not. (The first one, anyway; second one was amazing). I hope Kao is the former rather than the latter.

Sonic Generations on 3DS is garbage.

Its like I'm playing a completely different game from the console/PC versions.

The addition of fighting Biolizard from Adventure 2 was nice (they made it almost exactly the same type of battle but easier lol).


But the other stuff in the game...so much missing and the other boss fights were whack.


I'm literally 2 hours into the game and I've beaten all of the levels. The game is so damn short that they banked on the "Collect all Chaos Emeralds to fight the final boss".

Problem is getting the chaos emeralds requires you to play the bonus zone mini game similar to old school 2D Sonic...problem is because the screen is so damn tiny and stuff show up literally as soon as you run into it, makes collecting them so hard.

Compare that to the console/PC versions where you just get the chaos emeralds from the story and boss fights.....speaking of story, what happened to the characters who were in the console/PC version - its like they gutted the game so much to put it on the 3DS...why bother releasing it in the first place....

Ah well..I paid $5 for it so its whatever lol

That's almost as good as the actual games Kaze and Shovel Knight have been emulating coming back into the mainstream.

What a piece of shit of a game.

Next game I will be playing on 3DS will be Sonic Lost World - hopefully its better than Generations...and like Generations, I already played the PC version years ago lol.

That is quite something. Who would be willing to go outside wearing that?