With the Nintendo Switch being both a, handheld and home console (hybrid); it will need to have an increase in hardware sales when factoring in the last 5-6 years of the 3DS and Wii U sales combined.  A Switch Mini will probably take over the handheld console slot, but what's different is the same cartridge will be utilized on both devices (no need to purchase software twice).  Less software being sold means more hardware sold is needed to offset potential losses from the previous generation.  80 million is being conservative, when factoring in 2 console's hardware sales.

If we are going to judge Nintendo's success on there being more interest, customers, and profit than time's past, then optics is very important.  Noone is going to want to purchace a device that game developers and consumers are unsure of.  Sure Nintendo is going to get the console launch sales boost along with the oh wow I've got to have it because it's new and it's hard to get.  Hype will also lead to sells but that's not what is needed to sustain the Switches lifespan.

Utimately it will be Nintendo's 1st party games that will bring in the largest chunk of the previous fanbase and Nintendo's ability to bring in 3rd party AAA titles. Game droughts will only hurt (obvious).  Proper marketing and consumer targeting will create a winning environment.

Anything less than 80 million in hardware sales in 5 years will show a diminishing interest in the "Nintendo Brand" and unfortunately create another hurdle that will need to be cleared.  They are off to an excellent start, 4 years and 10 months to go.

(Full discloser:  I will buy the Switch for Xenoblade 2 alone, even if it's the only game I will purchase.)

If Nintendo doesn't get very cocky and 3rd parties actually bring some decent support, it shouldn't have any problem reaching it. Pokemon, Animal Crossing, Mario Kart, Smash and 2/3D Mario should guarantee very strong sales by themselves. Now it's just a question of whether they can keep the support strong in between those titles or not. 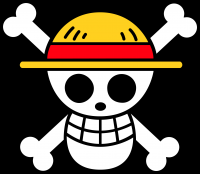 I dont think that 70 millions of consoles sold will be a failure,but the Nintendo case is very special,they had two markets:Home console and handheld,now they merged into Switch,i dont think they gonna sell like the wii+Nintendo DS,neither Wii U + nintendo 3ds.

Again I think optics is important, that would appear as a 10 million Nintendo user base decline.

You can only compare it to handheld sales once the switch is sold without the dock.

That is debatable. If their userbase goes down by 10m but their software sale goes up 50% (random number), they still get more profits. And with their two big markets fused, they are going to sell way more games than with two different consoles.

In the very short term, but selling 80m and not making a profit is a lot better for a companies potential and brand-power then selling 20m and making a profit.

The further your installbase drops the more of an uphill battle you'll have with your next device.

Let's take the PS3 for example, if that had only sold 20m units and not 80m, it might have been better for profits, but the PS4 wouldn't be doing nearly as well as it is now.

Switch should be able to hit around 40 to 50 million on its own over its lifespan. Drop the 2DS and 3DS and add a Switch mini and I would expect at least 80 million sales out of the entire Switch ecosystem. Add some amazing third party support and 100 million+ should be attainable.