Forums - Gaming Discussion - Scorpio's power is irrelevant, Neo is where it counts. Here's why... 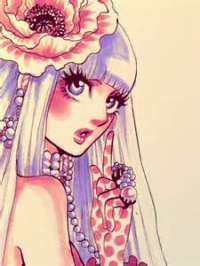 Glad I just built myself a new PC. My consoles are going to be retired to my children.

2. The masses decide to skip ps4 neo in favor of the upcoming more powerful Xbox Scorpio and the Xbox Scorpio go on to outsell the ps4 neo until ps5 comes out.

4. The Nintendo NX amazes everyone and goes on to sell 200 millions units in 10 years.

Pre-Scorpio:
The PS4 has the best graphics, why would I buy an Xbone?
Post-Scorpio:
Graphics don't matter, PS4 is still gonna outsell it.

My take. The nonsense works both ways.

I haven't seen any Xbox fan say that graphics don't matter, just that the gap wasn't big enough to matter, and that's technically true, this gap is bigger.

The power gap between Scorpio and Neo is irrelevant for 3rd party developers, because the 3rd parties are required to make their games playable on original 8th gen specs. Sony's not allowing 3rd parties to make games playable only on Neo, and aside from VR MS has also said all games will be forward compatible.

Hence no developer is going to optimise the the upgraded hardware for a long time yet. upwards of 80 million PS4s in homes by the time Scorpio comes out cannot be ignored by 3rd parties, and probably 60 million original spec'd PS4 in homes by the time Neo launches as well. It will be years before the player base on either of the upgraded platforms makes developers see og PS4 and XB one as irrelevant.

With VR, I think MS is looking to bring about a more rapid change to a Scorpio only player base. If VR gets big, I think MS is hoping consumers will drop pre-Scorpio skus like a hot potato. Sony seems to be less concerned about moving the whole player base across to Neo.

Pretty much. Anyway I'll be enjoying a bunch of games on my Xbone and PS4 this year while other people argue over which is better

It's been said. The point remains - the most extreme fanatics don't dictate what an entire fanbase feels.