Names of the games alone betray the fakeness. Too simple.

Let's pretend like this were true. What's insulting about detailing online multiplayer in StarFox, a game that has never had it? What, are they supposed to be having a LAN party or something? 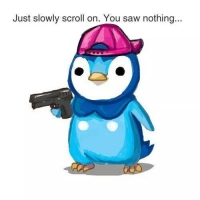 Hey I made a Youtube video about this im going to include this link in the description if thats okay :)

Taken alone they could be seen as perhaps slightly reasonable (if a little optimistic), but put them together and you see the massive issue. The leaks don't agree on almost everything important. So it's pretty obvious that both are fake and that we may as well wait for E3 to see for sure

Viewtiful Joe coproduced by Nintendo and Capcom? Yeah, as if that's ever going to happen.. :(

We see these "leaks" every year and they never were true!

Excite Truck is returning? I have my fingers crossed for Mischief Makers.

The second one would be a total snore fest. And it has lame names for it's games too.

At least the first one has some effort put into it. It would be believable if it wasn't for Mother 3 Localization or the GamePad + . Which would be cool though, but no, Nintendo probably ditched the two GamePad idea because of sluggish sales.

These are fake by default though, ND's, and especially the E3 ND, never leak.