Forums - Nintendo Discussion - Wii U to rule in Japan: yay!

I called you out on your lack of knowledge, and your response was to tell me I had an attitude problem. If I'm coming across as condescending, it's because I'm using facts and calling you out on bullshit. My original post pointing out your lack of knowledge was intended to goad you into actually learning about the thing you're arguing about, and offering a more meaningful debate, rather than posting what was basically borderline trolling.

My first response to you was entirely mature. Your response was not remotely so. Then I called you out and pointed out the errors. A mature response from you would be to have rectified your rather noticeable errors, or at least justified your comments. Instead, you attack my "attitude", which is more like "it's not what he said, it's the way he said it!"

I work off facts. I abhor fallacies. This is why I didn't just go "you don't know what you're talking about" and leave it at that. Now, if you don't have anything meaningful to contribute, I'll just go ahead and finally make a direct comment on the original topic of the thread.

I don't think that the Wii U will do quite as well as necessary to "rule" in Japan. That said, I think it will remain ahead of the PS4. My reasoning for this is that Japanese developers aren't running away from the Wii U the way that certain Western developers are (Square Enix is the least active, and their output wasn't any better on the Wii). Meanwhile, the PS4 delay will harm the image of the PS4 in the eyes of the Japanese, as I suspect they'll see it as Sony ignoring their home market in favour of most of the rest of the world, and the Japanese have a greater tendency to be... patriotic isn't quite the right word, but I think you get what I mean.

And, as I've noted, almost all of the biggest franchises in Japan are on the Wii U, or will be soon. The only exception to that is Final Fantasy, and I wouldn't be surprised if FF XV were announced for the Wii U some time in late 2014, prior to release of the game (given that it was originally in development for PS3, and the PS3 version was only cancelled when it was realised that the PS3 would be past the end of its lifecycle, I could see them porting the code over to Wii U from there). I don't expect the game until 2015, anyway. The next franchise after that is Street Fighter, and I see that showing up on the Wii U, if only because Yoshinori Ono said that the problem with the PS4 and Xbox One were the size and cost of the dev team necessary for making Street Fighter V on those systems, but that he wanted to make the game for eighth-gen consoles.

Given the relatively strong sales that the Wii U is now enjoying, and the fact that it is likely to do even better in the next week or two of sales, and settle into a nice routine... probably somewhere between 15k and 30k per week (that's my prediction, with 22k being my guess for the average over the first eight full weeks of 2014, maybe 25k if DKC:TF gets a nice boost)... prior to the release of the PS4, I see the Wii U maintaining a lead, at least for a good 3-4 years. Whether it will remain ahead at the end depends on factors I can't predict, like franchises moving from one platform to the other, pricing changes, global or local financial issues, etc.

If I had to make a prediction regarding 2014, I'd say that the PS4 will probably end up selling 1.5 million by the end of the year (which places it around where the Wii U's total sales will be by the end of 2013 in Japan), while the Wii U will probably end up selling around the same amount. Indeed, I wouldn't be too surprised if sales from here on are rather similar between PS4 and Wii U (with the only difference being the first 6 weeks or so from launch, when launch sales are still in effect), so that the Wii U retains somewhere around a 1.5 million unit lead. And I think both systems will gain momentum in 2015 beyond the 1.5 million I'm predicting, with a partial resurgence of console gaming.

For those that think this sounds unreasonable, consider that the PS3 and Wii sold just over 1.5 million each in 2010. This seems like a reasonable baseline, around the point where the PS3 and Wii were both in decline, but not struggling as they have been more recently. I also think the PS3 will be manage somewhere around 500k in 2014, which is about what the Wii did in 2012. This would put the PS3 somewhere around 2.4 million behind the Wii at that point. I don't see the PS3 doing much beyond that, just as the Wii dropped off a cliff once the Wii U was fully out (Wii is at 70k this year).

Anyway, that gives people a sense of my thinking. There's a little more going into it than I've detailed here, but I've rambled on enough for now.

Why do you think 3rd parties will flood the Wii U if it finds its foot in Japan? Protip: They won't.

No. The Xbone has penetrated the US market and is now in the culture. Sorry. Microsoft is in second and Nintendo is back to basics unless they change things.

You would make it sound like Sony never had a chance against Nintendo's franchises, but PS1 & PS2 sure did by a 4 or 5 to 1 margin in Japan.

Half of those top games are from the 90's.  Those numbers from the 90's don't matter, and neither do the DS and Wii numbers port freely to the Wii U.

Does anyone know what happened to Monster Hunter Frontier G?? It was supposed to launch on December 11th on Japan for the WiiU but I can´t find it on any chart for those days. Did it bomb that hard?? or was it delayed??

First, thanks for keeping the discussion on such a high note. And, as for my point on America, I intended to mention it as an indication, nothing more. Also, as a kind of hope from my side. But if VGChartz numbers are correct, PS4 sales are indeed impressive, what makes my prediction rather difficult.

The Saturn, Dreamcast, N64, PSP and now Vita and Wii U seem to sell well and get good support

I don't think it has come out yet. It has my interest though.

Yes, he did show me holiday 2002 numbers, I never specified 2002. My point is that the Gamecube has moved more hardware during the holidays in Japan than the Wii U currently is, and that was even while competing with the world record breaking PS2 aka the best selling console in the history of video games. The PS2 has likely sold around 20-25 million units and Japan, about 5-6 times more than the Gamecube and yet the Wii U is failing to beat these numbers without competition. That's kind of amazing when you think about it.

What't the issue here? I correctly stated that the Wii U has yet to reach Gamecube levels in holiday sales in Japan, benji and you were the ones who imposed 2002 numbers on the argument, I never specified that, as is plain to see in my post. What I'm telling you is that the Gamecube managed higher weekly sales while competing with the best selling console in history and that is not an insignificant piece of data. We don't know anything about what the PS4 will do in Japan, what we do know is that in all regions of the world at present; the Wii U has not set the bar very high at all. We simply don't know how the Wii U will fare with actual competition, the PS3 was never big there, it is still well below 10 million units and is 7 years old by now.

For the record; I think the Wii U will be up yoy in both Japan and globally in 2014 but not nearly as much as many are assuming and I also believe that the vast majority of uses are seriously overestimating the PS4 and the 8th gen in general.

And the Wii U won't be what the Wii never was no matter how much you want it to be, I find it hilarious to be adressed on this matter by a person who uses cherry picked data to promote all his points ("domination" in a Japan with no competition being one of them, Wii U beating the PS4 for a week in NA due to extreme supply issues despite yelling about the Wii's potential with sufficent supplies back in the day, in your youtube video that is) and who believes the Wii U will sell at least 39 million on average every year from here on out (given that it has a life cycle the same as the PS3) and a 900-1000% increase in year-over-year sales in 2014 while both the One and PS4 will fall flat on their asses. It is incredibly, fantastically ridiculous at best.

Yeah, you're back to linking people to your ridiculous UNITY thread, it must be terribly upsetting that it has all but died lately and all the attention is seeping away. Even your most stoic fans have retreated to their foxholes and even refuse to answer most of my posts and are blocking their profiles. It's rather amazing to witness, almost as amazing as you trying to come in here and school me. Especially after the PM's that were revealed, they uncovered that your agenda and motivation is exactly what I said it was.

I suggest you go read up some more on hardware architecture and programming instead, fill in the blanks, so to speak. 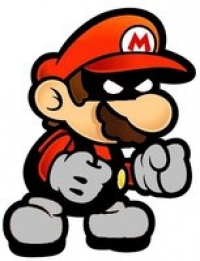 It is so horrible because I am a german boy, I am not good with the english language