Forums - Gaming Discussion - What is your most hated part of your favorite game?

Right now its the horseshoes in Red Dead. I need to get a ringer for an achievement and to unlock some clothes in the game. I don't really have to do it, but I want to, and it's really frustrating.

Another one was the 'da Vinci' glider in ACII. I kept failing and having to start over. I couldn't skip the cut scene, and had to hear it over, and over, and over again.

Similar to the one above, I had to keep restarting a scene, where one character is really sad about losing another character. I felt really, really, bad about the lost character (A girl with one arm) and it made me super sad and frustrated.

I remember screaming: "I know I miss her too! Stop bringing it up!"

You can import a save file from the original Suikoden, which lets you recruit the hero of the original game. McDohl. The problem is a glitch. If your original character was Carl McDohl, then Suikoden 2 would change his name to CcDohl. It infuriates me to this day. 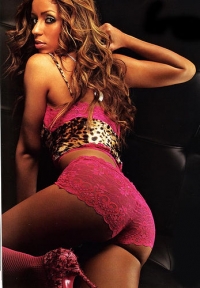 My favourite game is Final Fantasy 7, and my most hated part is navigating through the icy mountains after the snowboarding segment.


"Common sense is not so common." - Voltaire

Platinumed Destiny, Vanquish, Ninja Gaiden Sigma Plus, Catherine, and Metal Gear Rising. Get on my level!!

Metal Gear Solid
Going ALL the way back to get the PSG1.

Persona 4: Golden
The way the multiple endings were handled.

In Chrono Trigger, there is a bit of a lack of content, Crono himself is a bit of an oddity in the game's story, and there is too much fetchquesting.

Really? When I first played MGS (I was a kid back then), I though that part was really good, in the sense that it gave me goosebumps. I had to backtrack almost to the beginning of the game to get one weapon (Even Snake has his doubts about this idea) and thinking if I could make it in time to save Meryl.

Of course I was a kid. It was obvious that she wouldn't be there when you come back, but hey!

It didn't bother me too much, I'm just nitpicking. Guess it shows how great MGS1 really is.