The videogame crash of the 80's

The market crashed in the west, but from the ashes rose a pheonix, with the breath of the east, the Spirit of Japan. A little company called Nintendo was being managed by an ambitious business man, and an ingenuous engineer. Together they brought to life, the famicom. With the spreading of the ambition to American soil, Nintendo revived the video game market from its death in North America. For many generations, the market was standing on the legs of the Japanese development giants, such as Nintendo, Konami, Squaresoft, Capcom and others.

The NES SKU, in North America

This legacy was carried forward by Sony, with the Playstation, culminating in the game Final Fantasy VII, which was a video game legend in both sales and impact. Slowly, but surely, however, with the arrival of the Xbox and the growth of Western developers in general, more western franchises began to emerge.

American developers have been growing quickly since the Playstation 2 generation, in part thanks to the Xbox, but mostly thanks to their own appeal to western audiences.

In growing, these western developers have been also becomming more capable of very large-scale projects. Their latest endeavors take visible cues from hollywood.

Assassin's creed, set in the period of the Third Crusade, draws from historical references for both its storyline and its environment, in the style of movies like the Kingdom of heaven. The action can easily be compared to what we would expect to see in movies. The body movement, the speed of action, the motion blur, the perpectives and camera angles. 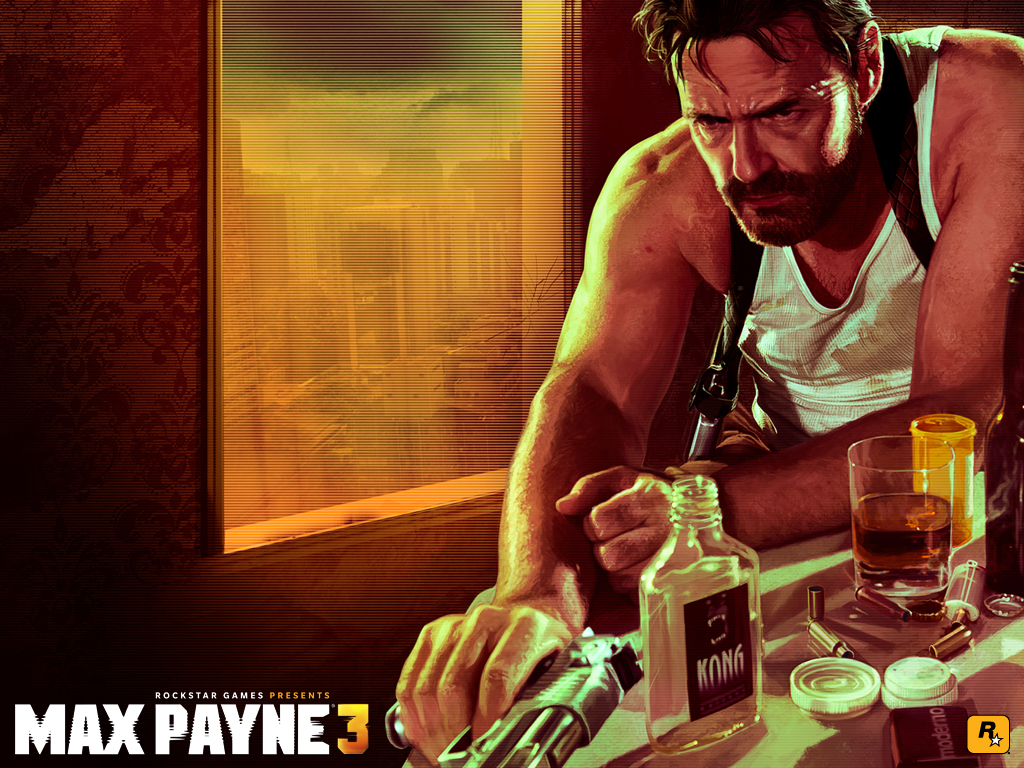 Max Payne 3 is a game that borrows from many sources of hollywood. From the character's persona, to his psychology, even to his style. The fancy clothes and shoes, but also classy (in comparison with hitman), the setting of latin america and the underground world, with all the web of jealousy and political turmoil that entails, it's all in the plot and in the dialogue. This game can be compared to movies like Scar Face, Cartel, The Godfather, and many others, in its storytelling and setting. Al pacino lays back, smoke in hand, with a glass liquor, in the movie scarface.

Hollywood is not always top moviemaking

Now of course not all movies are equal, and some movies show more depth and evoke stronger emotions and have deeper intricacies than others. A great many movies today look for a quick buck and easy action, without bringing anything new to the watcher, and without engaging them emotionally in the piece they are watching.

However, there are also a number of  movies which capture the imagination of their viewers, and that can be said for movies like the Bond series, Indiana Jones, Braveheart, Titanic, Jurrassic park, and many non-hollywood movies that participate in other film festivals as well.

When video games break out of their niche

Video games are still in their infancy, and have yet to break out of their niche, a world where they appeal only to a minority of an audience. There is coming a day when video games will be able to branch out of that state and achieve the success that the movie industry has met, thanks to the efforts of extremely creative and talented individuals, who knew how to draw emotion and inspiration in their viewers, touching themes that people were curious about or could relate to, things that mattered to them.

Where would you like to see games go in the future? I am not talking about virtual or more Butter graphix either.

Thanks. Like I said in the article, the one thing that I think makes movies true successes is the ability to tap into the excitement and emotions that certain hollywood movies were able to achieve.

I would like video games to take cues from that in the artistic design of the visuals, but also in the development of the plot, the camera angles, the visual effects (sand, snow), and the twists/unexpected unraveling of riddles that we see in movies, for both the puzzles and the plot. And also, very imporatantly, whit and humor.

I'd like to see less focus on action, but more focus on the emotion of the action. Here's a good example: 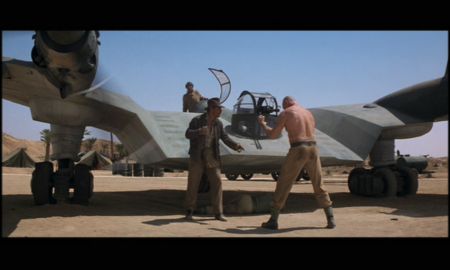 In this scene, indy is fighting a very big guy in a fist fight, and has little chance of winning, so he uses his whit to have the big guy hit the plane's propeller.

My personal view is that while movies and movie games have many things in common, video games should never aspire to be movies.

I wanna play video games, I don't want to watch them. A well thought out story with interesting deep characters does bring an added quality to a video game but I don't think it should be what developers strive for first and foremost.

When COD , Halo, or GTA launch, we get a glimpse of a hollywood style movie opening.

Oh, damn. I never realized you were padib.

Games are already too much like movies. Emulating another medium that does it better isn't a good thing.

Couldn't have said it better.

Video games are a special medium. Unlike movies, books, painting, and sculpture, where the artists' vision is presented in a "take it or leave it" way, in video games the partnership between the game author and the game player produces the magic. It's a unique relationship that sets video games apart. Video games can learn a lot from movies and other art forms, but they should always embrace what makes them unique first and foremost.

Games taking some cues from movies is fine in small bursts, games taking every cue from Hollywood is not, it is the very thing that has defined and defiled (pardon the poor pun) this generation and is making older gamers shy away in disgust. Its the equivalent of turning all cars into bumper cars to entertain a greater mass and make driving a safer experience, car enthusiasts would be aghast at the notion.
The Hollywoodification (long-ass word that doesn't exist) of the gaming industry is bad news for anyone who cares about depth, soul, story, real content and longevity as well as replay value.
Quick-time events, aim-assists, press win button and other goodies are the Justin Bieber of the gaming world and are starting to set the norm and standard for the whole industry.

In summary, for me at least, this does not bode well for the future. Not well at all.

While I am not against video games being cinematic at times or wanting to tell a story, I don't like for that to be the sole purpose of the game. I can love a cinematic series like Resident Evil, but can deal with a series like Mario having the same generic story because the platforming is so great. The game play should definitely be first and foremost in developers minds. A cut scene can add a lot to a game, but should not be overdone. I'll give the example of Xenoblade. While I absolutely adore the game play and did really enjoy the cut scenes at first, the game started to bombard you with them to the point that you didn't really care about the story by the end of the game because you had to fix a sandwich or something every time that one of them started.