Forums - Movies & TV - What was the last VHS that you watched?

This is a great site on whether it is worth it to have a movie on DVD or Blue Ray. I thought it was kind of interesting if anyone wants to take a look.

One of the common misconceptions with Blu-ray is that it only offers a significant advantage over DVD if the film was shot within the last five to ten years. In fact, I’ve lost count of the number of times I’ve read statements from people claiming that it’s not worth owning ‘X’ film on Blu-ray because it wasn’t shot in high-definition. With all the jargon surrounding the format it’s hardly surprising that many people are fundamentally confused, but this short article aims to dispel the myth that only new films are worthy of the Blu-ray treatment. While true that newer titles are often more visually impressive than catalogue releases, this is largely due to the way in which modern features are filmed and transferred to digital media. Many recent blockbusters—such as James Cameron’s record-breaking Avatar—were shot in digital high-definition. Because no film is involved the resulting images are usually exceptionally clean and the Blu-ray editions are largely flawless. However, the majority of motion pictures were and are shot on 35mm film, which actually has a much greater resolution than Blu-ray and the kind of digital cameras used to film Avatar. What this means is that with the right amount of care and attention older films are quite capable of looking spectacular on Blu-ray because they already contain more resolution than the format can handle. Of course not all distributors are willing to spend the required time and money to ensure that older titles look their best, but more often than not even the most pedestrian of catalogue titles will offer an improvement over the DVD edition. Let’s take a look at some examples (click the images for larger versions): First, let’s examine an unassuming film from the early nineties that has received only ‘no-frills’ releases to date. 1993’s Rising Sun (starring Sean Connery and Wesley Snipes) isn’t a particularly glossy movie, and with its grainy image and fairly muted colour palette the DVD release looks a little shoddy by today’s standards.

More on the site.

^^ Actually I don't think it's worth it to have any movie in Blu-Ray. The only Blu-Ray movies I have were either gifts or bought on sale.

Just bought a Blu-Ray player for 50 dollars. When they are as cheap as DVD I do not mind buying them, but I will not be paying over 20 dollars for something that is 15 or less on DVD. Thanks for the Correction!

Actually if it was not for having to rewind I would never have even cared to have DVD. The picture quality and sound does not bother me that much. Having it is nice, but it still all boiled down to the rewind problem.

Anyone ever get a fee for not rewinding your movie before returning it to the rental place? Or did it just say "Be Kind, Please Rewind"?

The land before time

I guess I should say the last VHS I watched.

I watched the first Aladdin movie a few months ago. Old Disney movies are awesome.

I just hate that those cases always seem to get messed up so that they cannot close. You know those big Disney plastic cases? Never seems to fail. I guess the same could go for CD cases, thank god they came up with a CD case. 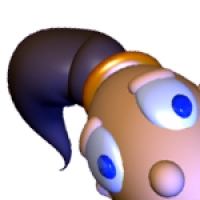 A Bridge Too Far, 6-8 years ago IIRC. the rental store didn't have it on DVD and luckily we still had our VCR.

we still have our Disney VHS, but there's no way to watch them now lol