Forums - Sales Discussion - Okay we got to discuss this - Wii/Sales

Seems like everyone is ignoring this, am I the only one that's noticing how low Wii sales are? even after a price cut to make the console even cheaper then it already was and sales are still declining. Could this be the end of the Wii? if things keep up soon both HD consoles will be consistently outselling the Wii by next year.

This just seems very odd to me because wouldn't this be the first time the leader of the generation started to consistently get outsold by the competition 4 years after release. Is there really much that Nintendo could come out with that could actually be a hardware seller, right now all I can think of is Donkey Kong, that's really the only hardware seller they have, and how much could a price cut really help the Wii, if a $50 price cut didn't help to bring it down to $200 then would another $50 price cut to make $150 make a really big difference?

Another thing, Move and Kinect, there is a possibility that this is going to effect Wii sales and make them even lower, soon Nintendo won't be able to say that they have the only motion controlled console, so now what do they say?

So many unanswered questions, we must discuss the faith of the Wii, could this be the constant decline of the leader if the generation or will something happen to spark sales again? 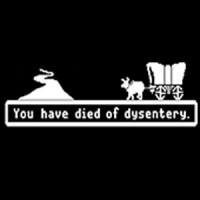 This is what you get when you cater to people who aren't gamers. They made their money and success off people who don't care about the industry. The type of people who only buy what's "trendy" and "cool". Those people have very short attention spans and they're moving on.

The core gamers, the ones who made their company what it is today, the ones who have been on board since the NES/SNES days, they've mostly moved on so it's not like Nintendo can just switch it up and say "we're sorry". It's too late and so, they're going to have to lay in the bed they made.

Hopefully they learn their lesson next generation.

Lets wait till the holidays before we jump into conclusions, shall we ?

I guess wii has past its prime, by now its starting to look outdated compared to the ps360.  The fitness craze has passed, to to me it was the biggest system seller nintendo had this generation, but by now it has sold so much that its getting hard to attract new consumers, its still doing ok but when wiifit was selling in america only around 80 to 90k a week wii sales were some 30 to 40 % up on that number, that meant that many people were first interested on wiifit and next on wii, and that is reflecting in sales right now with wiifit demand decreasing so is the demand for wii

Wiifit was probably the biggest gold mine in gaming history, and it dragged wii for an amazing ride for around 3 years, but now things are slowing down, and clones are starting to take some of that marketshare  away from nintendo and kinect is still to be released, and if it catches on it will deal a major blow on that part of  nintendos business strategy

Pretty much this. Also isn't wii doing pretty much what the ps3 is doing. So does that mean we need to talk about ps3 sales as well?

Also GodOfWar_3ever, you have changed a lot over the years, for the better.

The Wii is the console leader, PS3 is in last place, this must be a first for a console leader to decline this rapidly in such a short period of time. And the PS3 has nothing to do with this thread so don't drag it into it, I'd like to keep  this a flame war free thread please.

Actually the Wii is tracking slightly above the PS2 so I guess that the PS2 was a failure...

The HD consoles are having abnormal sales, the Wii is following the trend that market leaders have.

In any case, I'm pretty confident that the Wii will compensate these low numbers on the holiday season.

I guess you didn't visit the latest "WW Up" thread then

it's not the end it's just time. sells will most likely pick up again and if they don't Nintendo can limp across the finish line in first place.

it's that simple. no worries at all.

Yea I talk about it all the time, and then get called an idiot and stuff.. I mean I did make that prediction thread!