pbroy posted something on Gilgamesh's wall:

Come defend your title in most attractive user

I think I'd step aside this year

Hynad posted something on Gilgamesh's wall: 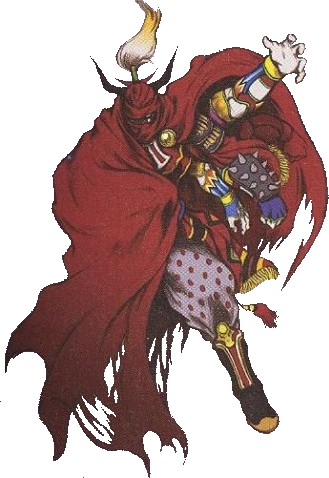 Hynad posted something on Gilgamesh's wall:

Which game do you reckon has the best apparition of Gilgamesh?

Oh most definitely FFXII, other then the story that was one of my favorite FF games.He was quite comical.

Yes! The character was funny in it, iconic, the best rendition of Clash on the Big Bridge, battle was fun and challenging... It had it all.

I wish they would have incorporated the character to the actual world, and gave him proper cameos in villages and whatnot.

Someday Gilgamesh will be recognized better in Final Fantasy....some day!

zexen_lowe posted something on Gilgamesh's wall:

We're chatting in skype, we have a group set up. My user is zexen47 if you wanna add me. Nice to see you doing well, how's it been?

Everything's been going great, I think some day I'll have to make a skype account then, I didn't know everyone moved on.

Hah, well, it was the most convenient for everybody, the site chat was driving people out. Add me when you make it :p

Glad to see it's great, still a ps fan through and through? :p

Natrually lol but I've been playing some Pokemon games.

Since I bought my new pc i've barely touched my ps3...need persona 5 to come out

I just played Persona 4 (first persona game I ever played) and it was magnificent, I'm really looking forward to Persona 5 now.

Nice. You should play P3 while you wait, it lacks some of the improvements of P4 (controlling all party members) but it's an awesome game nonetheless

Turkish posted something on Gilgamesh's wall:

Bloodborne is at 93 again

Sorry been away for the last 4 days I'll change it.

This was once a thing here, believe it or not VG Chartz use to be one of the most up to date video game news websites. They use to have user submitted news articles, it was great because you got a lot of points for it so the people mining for points were all over it, we frequently had submissions going out....

Would you contribute $ to remove VgChartz ads? (Poll up)

Maybe if this was the great site it use to be,  but the owner clearly doesn't care about this site, we had shitty annoying ads for years, so fuck it I have like 3 ad blockers going....

Favourite Games: Crazy 8's, Hide and Seek, Cup and Ball, Kick the can, who can swallow the most Nyquil.

Favourite Films: I don't want to tell you because I know you don't care.

Favourite Books: Books are ancient, no one reads books anymore....

Gilgamesh has 104 friends (view all)