Famitsu confirms that Square Enix just announced a Windows version of the Dragon Quest MMO on the livestream.

Dragon Quest X is coming to PC in Japan, Square Enix announced today during a livestream event. The PC version is slated for release on September 26th.

The download version of the game will cost 3,990 yen on PC, and will come with a free trial for 20 days. Meanwhile, a Special Pack that will include a Dragon Quest-themed security token, a controller an illustration book, a world map and an item code, will cost 9,800 yen.

A beta for the PC version is also currently in progress. You can access this by downloading the benchmark for the game here. Should your system pass, you’ll be able to download the game client and apply for the beta.

Just report the OP if this is a dupe, haven't seen it posted anywhere.

Given that FF XIV is PS3/4/PC and even PSO2 is Vita/PC, it makes sense that Dragon Quest has made the leap across. PC is just where the market (mostly) is, and it seems silly to ignore it.

Still, I am quite surprised to see this announced so soon.

Anyways, knew this would happen, it is the most logical step/decision for any MMO type of game.

Although the chances of it being localized are even lower since Jap devs tend to not release as much in the west on PC let alone consoles (which they do far more than on PC).

Unless it is named Final Fantasy, I doubt this will come out in NA/EU anytime soon.

Also reported for being a nab.

Edit: I am pretty sure SE did this because they knew subs on the Wii and WiiU versions werent going up but down and PC is where it will be stabilized cause the MMO community is on PCs obviously.

hope it lands on the PS4

Then again, the PC as a gaming platform is in a weird place today. I think I actually like this bit of news. 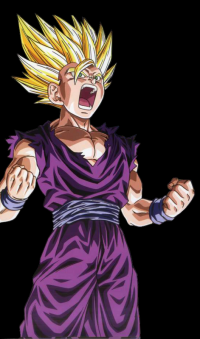 Man, I was hoping for localization but I guess that's even less of a chance now. Maybe, just maybe the PC version will come, or Nintendo will pay for translation and NA/EU servers or something (... yeah I know)

Oh. But this is Square-Enix. Yeah, that is weird.

1. DQX never should have been a MMO game.

2. Given that it is, they're NEVER going to make money on it by having it be Japan only. Japan is not a good market for online gaming in general. If they want it to make money, they MIGHT want to get a localized version for Wii U in NA and EU. Just a thought.

As an MMO this is where it should have been in the first place.

If it were single player the Wii/WiiU decision would make some sense. Console exclusive MMOs only end up in one place.