Welcome to the slightly revised version of the Vgchartz ranking game which trasharmdsister12 and I will be co-hosting!All you have to do is put what score you think the game below deserves, and write a brief explanation as to why it deserves that score.Voting is open for 4 days, after the 4 day period I will count up all the scores and get the average of the game. The consistency of new threads may vary in the coming days, weeks, and months as we have busier lives than our once younger, more naive, and definitely hotter selves

Rules1. You had to have played at least enough of the game to form an honest opinion about it(playing it for 5 minutes is NOT enough time, nor is watching a friend play the game)2. If you score a game 4 or more points above or below a game's metacritic average then you must go into great detail as to why you did so or your score won't be counted.3. A game must have at least 15 people that gave it a score to be counted.

4. If you score a game more than once none of your scores will count.

5. Users with less than 50 posts cannot score a game unless they have been on the site for more then 1 year.

I was going to insert a table here but tables don't want to align in the center :/

But anyways check out our new place for the ranking game scores! Me and TADS12 (mostly TADS12) worked hard on it!

To view a list of all games from every game ranking thread click here.Thanks to Blacksaber for the kick ass logos, and thanks to my great co-host trasharmdsister12 for making these threads what they are today!

What an insult, it seems Nintendo let their children program this, it was lazy, and not worth anything, it gave 3 minutes of little fun and goodbye.
It was lucky it had a free controller

2. If you score a game 5 or under, you have to go into great detail as to why you gave it such a low score.

I'll go in order for the mini games

Shooting: It was fun to replay to see if you can beat ur score and its also fun to challenge your skills. I like the replayability in this one
Find a Mii: This one was alright I'm not a fan of this one but when you play with someone its on! This is best with friends
Paddle ball: I actually like this too but it has low replay value. This game is like a pointing version of tennis.
Bubble Mii: This one is alright but its good to try and beat ur high score
Laser Hockey: This one is awesome. I play this one alot. I like the instants and skill you need for it
Pool: This one is epic with 2 players.
Fishing: This one is only fun to see how many points u can get and see if you can get those giant fish.
Cow racing: Another of my favorites. This one is good as it feels like your in the game thanks to the motion control.
Tanks: The best one. Its awesome. Especially 2 player

I have no score 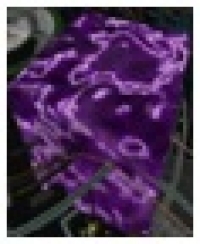 Positive : Good game to play at small dose from time to time
it's fun to try to get the medals and the highest score possible.
comes with a wiimote

Negative : More minigames would have been better
after getting all the platinum medals, there is not much else to do.

ps. I don't have 50 posts yet, but I have been a member for more than a year

I just never enjoyed it at all, It was to get a remote at the time, and I heard it was fun. There are a few mini games that are fun, but after two hours I was done even with multiplayer. Wii Sports was the system seller for me at the time! Plus after doing the supposed max on wii tennis, the ping pong on wii play did not work for me.

I spent more hours than I'd like to admit on that tanks game... man that was some good old school fashion family fun! Overall it was a great collection of mini games and because it came for "free" when you bought the controller it just came about as a whole lot of added value to your purchase.

Also for the poll... can we get the option "I let others Play with me"?

I have played this game, so I will rate it. I am a little bit upset though, because I suggested Wii Party for this thread.

The game does its job. Nothing more, nothing less. You get a range of small games that make it easy to get other people started on gaming and give them a good idea on how the Wiimote works. This compilation includes newer and more advanced versions of Pong, Duck Hunt and Combat which were very popular games back in the day. Most of the minigames offer enough depth to motivate you to aim for higher scores and earn platinum medals (which isn't easy). For $/€10 extra you get a nice package with your Wiimote purchase.

Anyway, 7.0/10. Does nothing wrong, but also doesn't do anything amazing. Just a solid purchase. Nowadays you would be better off by getting Wii Play Motion or especially Wii Party though.

While it isn't exactly something you would want to play on your own, it can be fun with friends and drunk relatives.

All of the mini games were fairly fun, but still, the game doesn't have that much to it, it's just a selection of fun minigames, so I can't write anything more than this.

It gets an extra point for the included Wiimote :P