Forums - Nintendo Discussion - Is it worth it to get a Switch at this point?

Yes it is still very worth it, especially since the library has been built up for 5 years now. There is a lot to play exclusive wise that you will not find elsewhere, and the hybrid functionality is something that you might not appreciate till you have it. It is great to be able to play games during my downtime outside of home, and resume those same games and save files on my TV at home.

Plus with the way the chip shortages are and the high sales numbers the Switch is still getting, I do not see a Switch 2 till 2024 at the absolute earliest...and the rest of this year as well as 2023 still has a lot of confirmed hype on the horizon.

I agree with Shiken, with the chip shortage I think it will be a bit before a new Switch. And BotW is certainly worth playing, but I wouldn't sleep on some of the other titles. Astral Chain jumps to mind, excellent title. Pikmin 3 is also amazing, very unique.  I wouldn't sleep on Mario versus Rabbids either, excellent strategy.  And of course Metroid Dread is just flat out superb. 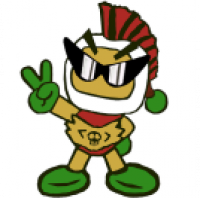 "Officially, the company has said it believes Switch is still in the middle phase of its lifecycle and that it’s seeking a sixth year of growth, aided by the new OLED model."

Oh and Link's Awakening is superb, perhaps the best dungeons in the series. Looks cute, graphically speaking, but don't sleep on it.

And if you like Metroid like games, Ori... play Ori and the Blind Forest. Seriously, Ori. I can't say enough how amazing Ori is. Play Ori.

The best time to pick up a console is always by the second half or the end of its life, cause it usually has a huge variety of games. So yes.

The magic of Nintendo is no matter if you missed the launch and you're grabbing their system years later, you'll still get the experience of buying their games at launch full prices! xD

It depends. Have you been unable but interested in buying one? If so, go ahead. If you've been able of buying one and playing it's games for the most part of the gen but still you haven't got one? Then my advise is do not buy it.

Dude, for real. I was just looking at some of the prices and they're insane. One of the few Nintendo games I remember playing is Sunshine so I went to look at the 3D mario pack they released for Switch: $60 for a pack of old games and the pack came out TWO YEARS AGO! What the flying fuck.

Since the Switch successor does not even have an announced codename yet, which Nintendo almost always talks about at least 1 year out from release, it's unlikely that the successor is "on the way".  I believe it was in late 2020 that Nintendo execs first started saying the Switch was currently at the "midpoint" in its lifecycle.  That was at over 3.5 years into Switch being on the market.  Which points to its successor not coming until 2024.

So, you can buy one now and not have to worry about a successor launching later this year or even next year.  Have you played the first Breath of the Wild?  The sequel is due out in Spring next year.  Anyway, I'm sure you'll find more than that to play in the Switch's software libary to make the console purchase worth it.  A number of the titles I would recommend have already been suggested in this thread.

That's Nintendo for you.  They have such a strong base where their 1st party games have legs that last a generation so Nintendo doesn't feel the need to price drop.  I remember when the Wii U came out they still had original Wii launch games at full price.