Why would he have preferred Trump? If Putin was dumb, sure, but Putin isn't dumb. He knows, behind all the chaos and seemingly cluelessness of Trump, that there is an intelligence in there. Trump mastered the art of intentional misdirection to get under the skin of his opponents and draw out the worst in them.  Sometimes it backfired, but literally no one, not even his family, knew what he would do one day to the next. He kept his cards close to the chest.

Putin knew exactly what he was getting with Biden: a deep state controlled man seemingly in cognitive decline with a Vice President that is about as clueless as Dan Quayle.

With Trump he is either a genius or literally insane, and either way Putin was wise to avoid conflict with him. Fighting a genius is hard, fighting a madman is just idiotic. 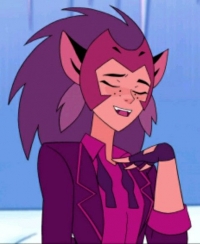 I just got through watching Tucker's program for this evening (I HAD to see how he'd respond to these developments) and it was painful. I've never seen him so robotic before. Clearly either he or the network he works for knows that his audience ain't with him on this one because he found himself stuck reporting academic facts about the war and interviewing actual Ukrainians without editorializing. (One could tell he still wanted to take swipes at the Ukrainian president from time to time, but he restrained himself.) It was the most plastic, emotionless, clearly forced coverage I've seen on television so far. The man clearly sides with Russia but feels restrained in what he can say now that his "How long is imminent?" refrain has fallen apart.

This I believe qualifies as the darkest moment for Europe in the 21st century so far. As I write this, explosions are being heard inside Ukraine's capital city of Kyiv. One can expect it to fall within days, or perhaps even mere hours.

The all too rare scenes of dissent inside Russia are the only thing that give me a semblance of hope here. It takes monumental bravery to publicly criticize Vladimir Putin in any way inside Russia. Those who do so are often known to disappear under mysterious circumstances, never to be heard from again. I love these audacious people, whoever they are!

Also this isn't about the US and I hate people trying to make it about NATO or US or Biden or whatever. Those are side characters. Focus on what we can do for Ukraine. Send weapons, sanction Russia and hell even send 100s of thousands of spies from around the world just trying to off Putin. Like I want every ukraininian to have missile launchers and I want a ridiculous amount of spies from every other country coming in trying to off Putin, like we hear about a new attempt every half an hour.

Ukraine defense efforts reports high success. Estimates suggest that the Putin's forces have been unable to achieve their day 1 objectives because of an unexpectedly stiff Ukrainian resistance.

General Staff of the Armed Forces on the current state of war in #Ukraine pic.twitter.com/GEyuEp0Lsc

"The estimated losses of the enemy"
"Tanks, more than 30"
"Armoured vehicles, up to 130"
"Aircraft, 7"
"Helicopters, 6"
"Keep calm, follow the information on official resources. Together, to victory."

Over 130 Ukrainians died. 800 Russian troops are estimated to have been lost.

In Russia, they are arresting thousands of protesters who oppose the war.

This is the old case of invasion force with superior numbers of soldiers and weapons vs. the defending force with home field advantage and lots of defensive structures.

Looks like the Ukrainians, if those numbers above are accurate, are doing better than the Russians so far even proportionally.

Also, the Ukrainians are winning the fight over who can get the most inspiring moments out there, with those island defense guys telling the Russians off before dying and now the women doing it too, both of those clips have gone viral. Wars are fought by strong mentality and that will only rally the Ukrainians more.

The putler's fascist regime must fall, I hope it will be a inside job.

Yeah, I didn't realize simply posting the link would do that. I'll know for the future.

Thank you for posting this link. The lecture by Professor Mearsheimer is very insightful and accurately breaks down the internal dynamics of Ukraine as well as the likely future outcome if the West keeps pushing the Ukraine toward a hard-line anti Russian stance.

Sadly, years later his insights have proven to be prophetic and the greatest victims in all this are the Ukrainians. Clearly there is a significant divide within Ukraine and it was also predictable that it joining NATO was Russia's red line. In that sense, Russia's current actions, as deplorable as they may be from an international law perspective are entirely predictable.

As a fellow Slav my heart bleeds for Ukraine but also for the average Russian as this is the definition of a fratricidal conflict. Talking from a cynical and Machiavellian perspective, the West not only will be sitting this out but they will be happy to fight Russia to the last Ukrainian. May this conflict end as soon as possible and I pray that the casualties of the innocent are minimised.

From the people of my country, they say like this:

Ukraine: Putin/Russia is the invader, Nato/US are everything, they will protect us.
Putin: Lenin to Ukraine is like Ho Chi Minh to Vietnam. Destroying Lenin statue is unforgivable, they need to be taught a lesson.

The real reason: Ukraine shares the border with Russia, but they severed the bond with Russia, followed US/Nato. If Nato/US attack Ukraine, Russia will defend them. But if Russia attack Ukraine, no one will defend them. When they join Nato, US will have the right to put their army at Ukraine, it's very near Moscow - a big threat to Russia. As a leader, Putin must act to protect Russia.

I hope this is true. It's encouraging seeing just how committed many Ukrainians are to the defense effort. Gives me hope that maybe Ukraine will make it through this and remain sovereign.