Forums - Nintendo Discussion - What people dislike about Wii U hardware?

You're not into smash and you gave me such a hard time about how I considered Smash Ultimate a deluxe version of Smash U.

I played Smash U religiously.

You don't need to have played a game to know the difference between a sequel and a port. ;)

I like the GamePad, but it probably increased the system's price by 50% without its existence ever being justified. In retrospect, if feels like they had the concept of the Switch in mind, but were unable to make it truly portable. Even if you wanted to, you couldn't even connect a second GamePad, limiting its use mostly to single player experiences, which contrasted with the local multiplayer strength of the Wii.

It's CPU, GPU, and RAM were not noticably ahead of the PS360, and in a few areas were arguably behind, meaning that it wasn't as easy to port to as it should have been.

It had as little as 8 GB of internal memory, and although you could upgrade its memory with SD Card's and Hard Drives, you were limited to 32 GB SD Cards.

The game's main menus and whatnot were slow.

You played it religiously and still couldn't tell apart the differences in mechanics between the two games? The differences in how everything works, everything moves, everything plays. The physics are different, the controls feel different, the hits hit different. All the characters have reworked animations on pretty much every move, and reworked balance. They play different. The levels have all been remade with all-new models, which hadn't ever happened before in the series (Melee, Brawl, and Smash 4 all just straight up ported old stages over). So they all look different. The lighting looks different, the effects look different. There are many new modes and options, as well as many removed. There are way more stages, way more songs, lots of new stages and new songs as well, lots of new characters added, a whole new single-player campaign. The game is different. Online is different.

There is one thing that stayed the same, and that's the base engine the game functions in.

...Wow, I guess that settles it. It really is just an enhanced port.

Since when does a deluxe edition mean no work is involved?

It's not because they did work that it's a new game. I played both, believe it or not the DLC for Smash U gave us new characters and songs, balance changes and new stages , I don't remember anyone saying it was a mew game.

Anyway, you judge it however you want, at the end of the day it is not a new game like U was to brawl or Brawl was to melee, it was a glorified DLC and there is fuckall wrong with that.

Can you relax now?

A deluxe edition always involves work. Probably somewhere around 1-2% of the work that was put into Smash Ultimate, give or take.

It is as much of a whole new game to Smash 4 as Smash 4 was to Brawl, if not more. The mechanics have certainly changed more drastically in Ultimate than in Smash 4. It is true that Ultimate's development began on top of the previously existing game but that is true for countless sequels and even wholly original games. In fact that was also true for Smash 4.

DLC for Smash 4 gave us new characters and songs, balance changes and new stages, but they didn't give us any new modes, any new mechanics, any reworked mechanics. They certainly did not give us fully remade stages, in fact not even the base game gave us that. Or Brawl. Or Melee. Smash Ultimate was the only one that did that.

The campaign mode was in the 3DS version and... uhhhh, you have absolutely not played both the 3DS and Ultimate's campaign modes if you think they are anything alike. It's laughable you made that comparison in the first place.

Anyway, you judge it however you want, at the end of the day you're wrong because Ultimate is unquestionably a new game.

Let's take a look at an iconic Smash stage. Here's Corneria, as it appeared in Melee - its first Smash appearance: 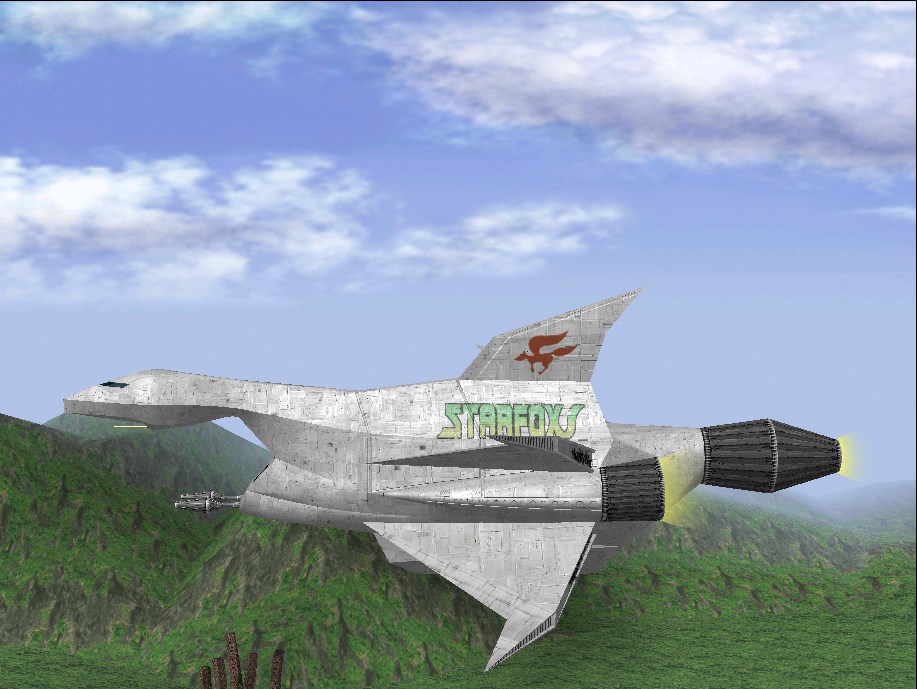 So memorable, so many Smash matches took place here. You can't just cut a stage like this, so this is how it looked in the new game, Brawl: 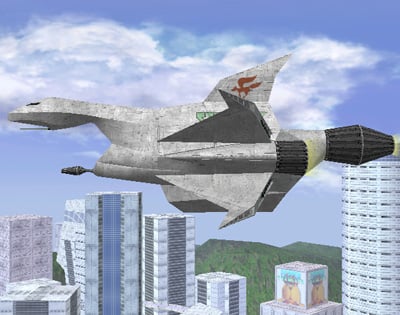 Such a big upgrade. The buildings in the background add so much detail. They totally weren't there in Melee, as you can see from these screenshots. Anyways, as a staple of the series, Corneria returned once more in the all-new Smash 4, albeit only on the 3DS version: 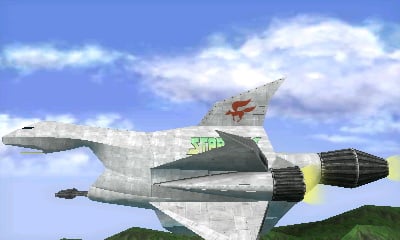 Wow, the 3D effect adds so much depth, it's almost like I'm there myself! Between that and the high resolution 240p screen, you can barely notice the polygons. This is truly the definitive version of the Corneria stage.

It's a nice thing that we got a Smash 4 Deluxe edition, though, so we could have Corneria back again in home console form. Of course, this is only a port, so it didn't really change things up too much: 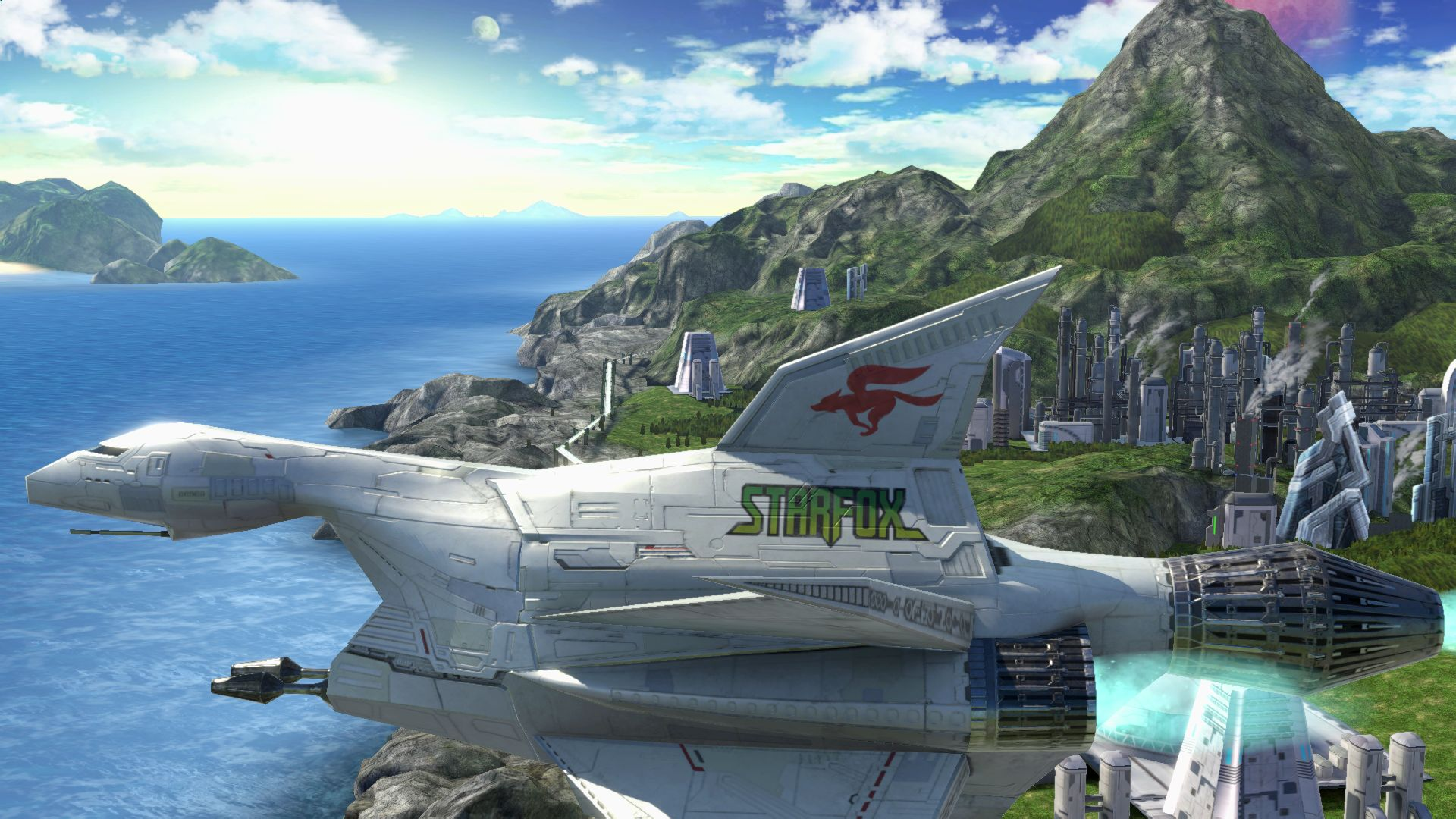 I have to say it is nice that Smash Ultimate gave us some graphical improvements, even if only very slight. It's very often with ports like these that Nintendo doesn't really do anything graphics-wise, but here if you look closely you can see the textures are in a marginally higher resolution.

I would agree that Nintendo didn't think through the usability of the gamepad or we'd have gotten more games that used it in clever ways. As much as the waggle tech of the Wiimotes annoyed people, myself included, Nintendo got a lot of mileage out of that ability and yet the gamepad was underutilized.

On the second part I'd have to disagree that the games lack depth compared to Switch games. There's a reason Nintendo has ported over almost all of the WiiU's library and that's because they're good games. DK Tropical Freeze, Pikmin 3, Mariokart 8 Deluxe, Pokken Tournament, Capatain Toad Treasure Tracker, and New Super Mario Bros U Deluxe did not add any significant features compared to their WiiU counterparts, but each of them still outsold their predecessors because they were on much more desirable hardware. The biggest problem with the WiiU's games is how slowly they trickled out. The early droughts, where Nintendo hoped that 3rd party ports (like Arkham City, Mass Effect 3, etc) would tide people over combined with the poor marketing and unlikable hardware killed the system, and once considered a flop it was almost impossible to build that momentum back up.

The other thing with the Wii U was while it did have some really good games, they were for the most part not the kind of thing you'd buy a console for.
Take Tropical Freeze; as excellent as it was, consumers tend not to want to buy a $300 HD console to play a 2D sidescroller.
It's first party games were mostly the sort of thing you buy for hardware you already own, it had very, very few killer apps.