Forums - Sales Discussion - Mobile killed handheld gaming, or Switch is successful only because it is handheld?

Yeah, I've always believed that myself about the mobile market.  The people who spend their time on free to play games aren't the same as the consumers in the dedicated handheld space.  Anecdotally, I used to have a co-worker who would play Candy Crush on his work PC, but would rib me for talking about actual video games on consoles and handhelds (and we were the same age).

I don't doubt that there was a Covid boost in early 2020, I just have my doubts that the Switch's sustained sales throughout the year are owed solely to that.  And as I mentioned, I find it odd that devices that center around the living room and internet access got less of a boost throughout the year during a period of lockdowns and social distancing, than a piece of hardware which features the ability to leave the home.

Yeah. I mean, games like Candy Crush, Among Us, etc., aren't even in the same league as games like Super Mario, Zelda, Monster Hunter, and other series that have found success on Nintendo handhelds. People who play mainly on mobile are almost always looking for casual fare they can play while doing things like sitting in waiting rooms or being on break at work. They aren't looking for grand multi-hour adventures that you can just happen to take with you on the go. Mobile was never going to kill handhelds, because they aren't even competing for the same type of audience.

As for the COVID bump, if you look at the data, there was better than expected sales for the PS4 & XBO as well after that initial March-April spike. At least as long as stock persisted, that is. It wasn't just the Switch that did well. The PS4 & XBO just had the disadvantage of facing replacement late last year, and thus Sony & MS only shipped enough stock to cover what they thought was going to be a normal amount of demand. Nintendo was far better positioned to take advantage of the increased demand as the Switch was in the middle of its life.

Vita and 3DS also had substantial problems.
3DS began with a massive anti-3D propaganda blast that said everything to glasses free 3D damaged eye sight glasses-free 3D caused aneurysms. Vita and 3DS were both impacted by pricing themselves out of range of consumer demand - although 3DS fixed that.

And the person above who said motion and casual gaming is no longer in fashion: Animal Crossing: New Horizons and Ring Fit Adventure say hi. The big issue with casual and motion gaming is not that people don’t want them anymore, it’s that most of them are below the quality they should be for the 2020s. Animal Crossing is a great example of how Nintendo brought more robust depth and features without increasing the necessary daily time investment from previous games - that’s what makes a great casual game, giving the player the option to check in for a few minutes, but also allowing them to play all day if they want: the main goal is to keep them coming back over a long period of time.

If you ask me, the fact Nintendo is so low, currently, on quality software that gets players off the sofa and on their feet is a missed opportunity in the era of COVID quarantines. Ring Fit Adventure is the most frequently sold out game in the Switch’s library.

I will say on the first point, if mobile killed handhelds, it's mostly baloney. Even with the 3DS selling less than other Nintendo handhelds, it still sold 70 million units. And really, the poor performance of the 3DS was due to issues with the 3DS, not handheld in general. Moreover, I'd say handheld gaming is in a better spot that mobile. While there are certainly a lot of mobile games that do well, most are gacha games. Really, you can only make a few kind of games on phones (which is a major problem Nintendo ran into). I think the problem with the statement "mobile killed handheld," is that the analyst in the industry have a problem at looking at the industry in totality. First, mobile was still new so a lot of the games could do well because it was an uptapped market. This declined when it became clear that people on mobile don't want to spend money (kind of a prerequisite for any market). Second, PSP Vita was doing poorly and the industry has a bad Sony bias. If Sony didn't leave the industry, it would still be talked about. Aside, but this is also why everyone missed the Switch because no one bothered to look at Nintendo's handheld sales.

This. This is the answer.

and the couch coop is not prevalent likewise handheld Nintendo is.  The Arcade games and pc mobile games have different outputs, directions, and different focus on features of the games. The Nintendo handheld has the Arcade DNA and mobile have more PC DNA than Arcade( online focus and not couch coop)

Soon we have 8 billion people on the planet with different tastes. I think if it's good "everything" can be a success to some degree. There might be just not enough space for different competitors.

My most played game on Wii U; 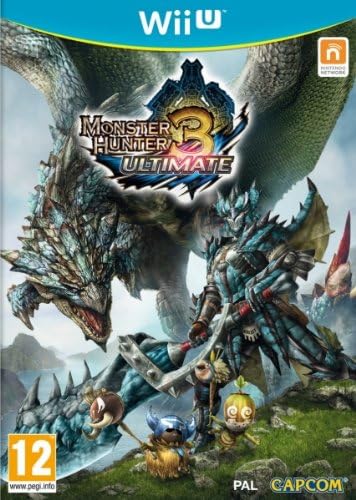 I remember way back in the early days of the OG Game Boy when they had a system link cable. Basically a LAN for portable gaming a decade before Halo LANs were a thing. And apparently there were a lot of games that supported it. The GBA has a system link cable, too, though there was also a wireless adapter, and starting with the DS they ditched the cables in favor of Wi-Fi.

Basically, local MP/co-op has always been a thing on both home consoles and handhelds since the 80s. In addition to enjoying co-op sessions in games like Contra, Bubble Bobble, and River City Ransom on the NES, I played 2-player Tetris on the Game Boy. Perhaps not coincidentally, many co-op titles from back in the 8-bit & 16-bit eras were originally arcade titles, so your analogy is very apt. Now with the Switch you have the best of both worlds, as you can play co-op & MP games on the go wirelessly or connect it to a TV for everyone to play on one screen. Meanwhile, mobile is a much more solitary experience, with the social aspect being limited to leaderboards and the occasional turn-based game like Words for Friends, none of which require the players to be in the same city, much less the same house. It really is more like PC in that regard, again like you pointed out.