Finished "The Girl Who Leapt Through Time"

Time travel and a slice of life anime mixed in together - I love it.

Been hearing good things about it for years, finally gave it a chance and I really liked it.

Watching The Toys That Made Us' look at Star Trek. So many Star Trek labels slapped onto random things that had nothing to do with Star Trek. XD

Watched "Guardians of the Galaxy Holiday Special" from Disney+ last night as my final piece of media I watched in 2022.

So far Spider-Man Far From Home, Falcon and the Winter Soldier, Shang-Chi and this are the only good stuff to come out of Phase 4. Hopefully Phase 5 will be better.

Other notable stats include... 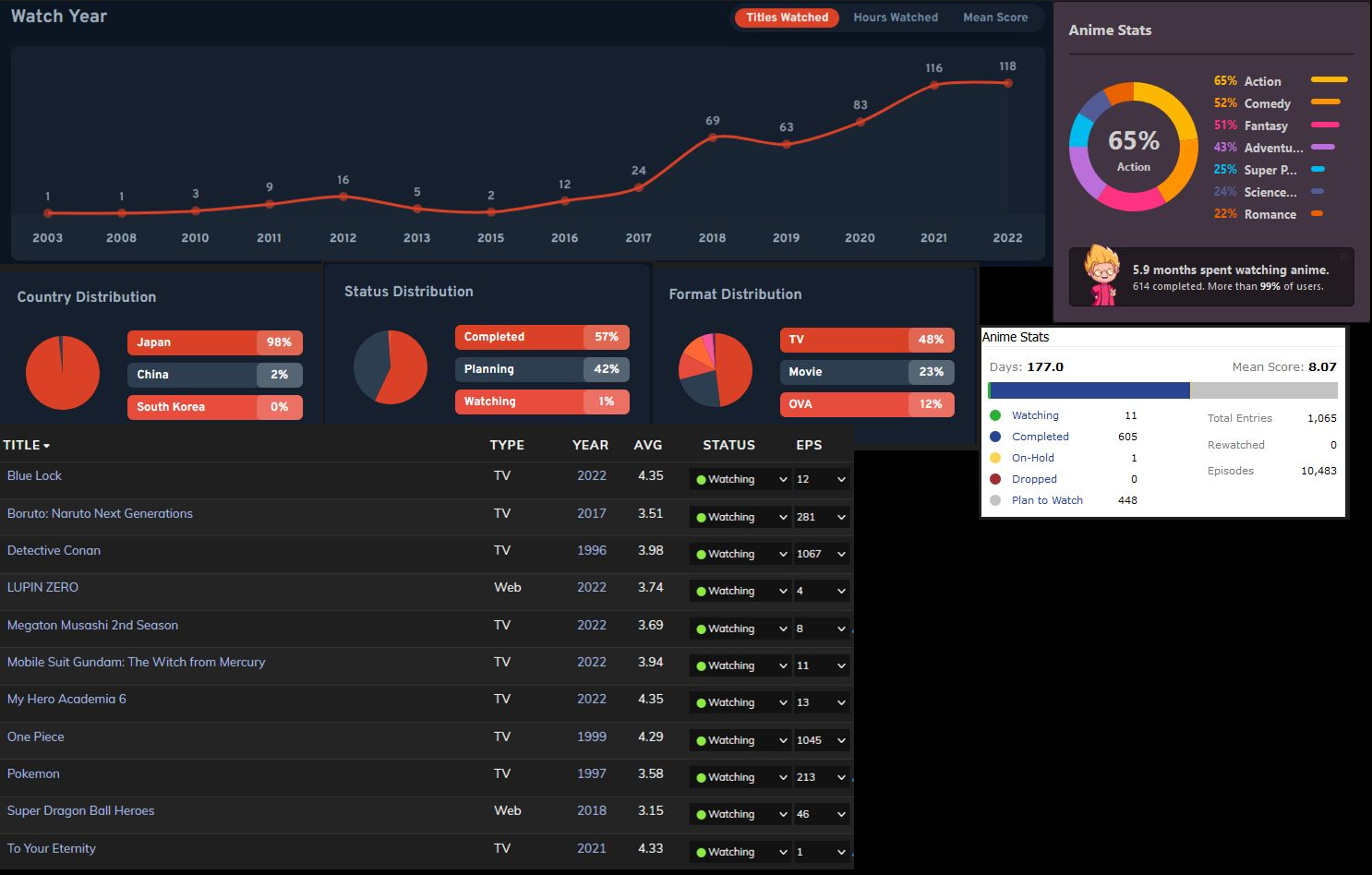 Also for overall age of every anime I watched in comparison... (Open image in new tab to see it bigger)

Oldest anime watched is from 1969

Well, that was a dumb movie. Really dumb. Like, monumentally dumb even by Hollywood standards.

But it has dinosaurs in it, and I do love dinosaurs. So not a total loss.

Still, glad I waited for netflix instead of seeing it an the cinema or buying it on blu ray.

Yeah not as good as the older ones (minus III).

@OT - I just finished watching Shazam on HBO Max , damn that was a good movie - wish DC had more hits like this.

Watching the finale of the Game Grumps Randomized Super Metroid with The Completionist. Started off depressing because Jirard mentioned the death of G4. Hopefully he still has his main YouTube channel to go back to.

And of course, Netflix has cancelled 1899.

Netflix is making a lot of concerning moves lately.

They do have a lot of shows I still like but they barely promote them so who knows how long they'll last too...The Sandman for one feels like it's either going to be massively cut in budget or never reach Season 3 considering how much uncertainty there was about it even being renewed for Season 2...At least that one isn't owned by Netflix so if they cancel it, Gaiman can shop it elsewhere.

They'll lose Stranger Things eventually which is fair, it has to end at some point, but it feels like they're screwing up on many of their other IPs or Creators which will just make it easier for someone like Amazon to snatch them from Netflix as they did with Flanagan...Writers will stop pitching to Netflix and instead pitch to Amazon, Apple, etc. Not HBO Max because they're utterly useless but maybe Paramount can carve out a decent market.

Rant over unless I remember anything else that Netflix has done lately that has annoyed me, Lol. Hopefully Baran & Jantje join Mike over at Amazon...The Sandman will hopefully be picked up by Amazon as well when Netflix inevitably cancels it.

Edit - Apple seems to be a good option for creators right now as well, unfortunately, I don't have Apple TV+

Was impressively bad. I want to rant about it.

Watching Young Sheldon. Missy will you shut the fuck for once you insufferable little twat face?!! Give your mother a fucking break for a change!!