So... if you end up being the victim of identity fraud there's a possibility that it's an alien that's pretending to be you?

@OP Finding samples of life would be interesting. Although at the same time it would also be massively depressing, no? I mean, they're talking about samples of former life that died ages ago. Life being on other planets going from a possibility to a certainty would surely be cool, but what if we're too late and all the other life is no longer alive?

Is Google Stadia working great on mars ?? Or is there any latency problem ?

Yes. That could now happen. I'm starting to regret putting my name in there, what if there's already aliens on Mars, and now they can take over my life. I'm sorry in advance.

You know how the nazis were so efficient in rounding up people? You just gave up your name to the martians!

@Ka-pi96 It would confirm suspicions that life is universal and not a happy accident on Earth. The more signs of life on other planets, the higher the chances are there is more advanced life out there as well.

The chances of finding that advanced life are depressing though. Distances in time and space are too big and the more life we find, the more it would also confirm that the laws of physics, ie the speed of light and ever expanding universe will keep us apart.

Let's just hope the Martians didn't all die from a dormant more deadly coronavirus about to be shipped back to Earth :)

Latency should be fine with Starlink.

I'm looking forward to one day touching down on Europa and exploring its depths.

I became interested in astronomy after I caught myself wondering how many worlds that we don't know yet are out there. Will we ever find out if we are alone in the universe? Understanding more about Mars is a good starting point to a lot of promising missions. Sadly, I think we won't live enough to see the answers to all the questions in our minds.

Play Elite Dangerous for a bit and you'll start getting a feeling for how huge our galaxy is. (with between 100 and 400 billion stars) Then realize that the milky way galaxy is just one of 125 billion in the observable universe.

The chance that we are alone is pretty much nil. However the chance to actually encounter another intelligent species might also be close to nil. It takes light 80,000 years to reach the other side of the milky way galaxy. It takes the sun 230 million years to complete one orbit around our galaxy. Who knows how many civilizations have already come and gone across the Galaxy.

Perhaps we'll find more clues that Mars once supported life. 4.2 billion years ago Mars had an atmosphere, which it slowly lost until it was gone 3.7 billion years ago. 4.2 billion years ago Earth was still a hot mess, spewing debris into space which formed the moon. Mars was probably not habitable either, so soon after the solar system formed. However evolution has its own timetable of stagnation and sudden growth spurts. I wonder what we'll find on Mars!

A shot from the surface: 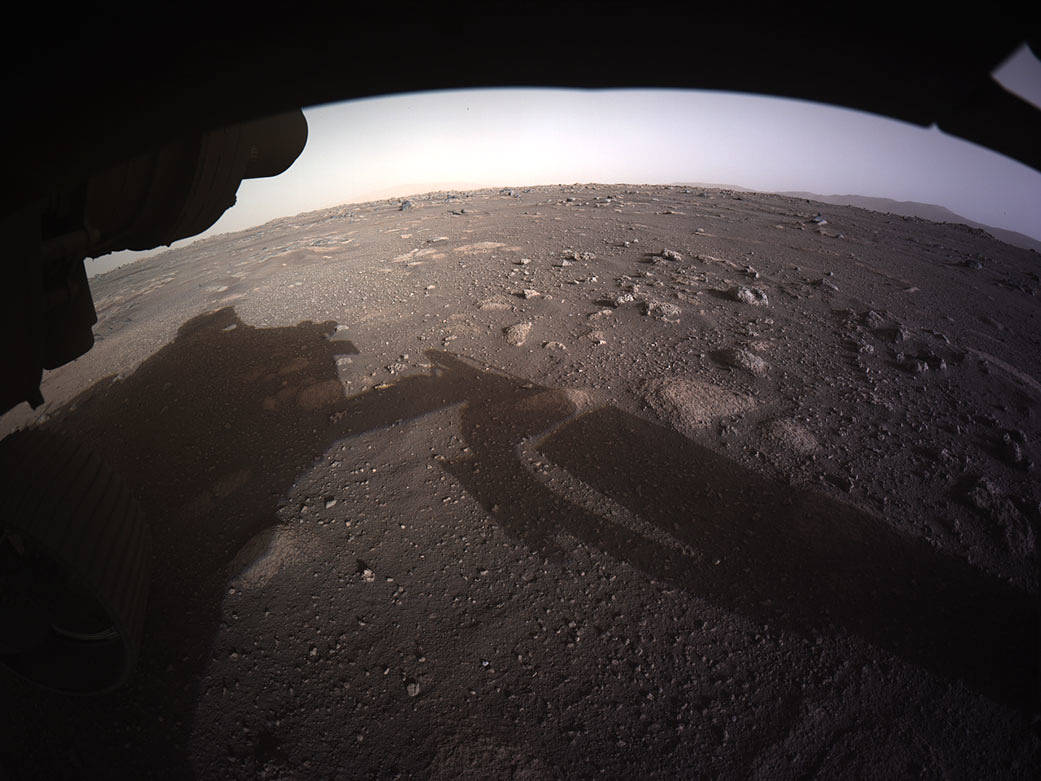