#MarsHelicopter touchdown confirmed! Its 293 million mile (471 million km) journey aboard @NASAPersevere ended with the final drop of 4 inches (10 cm) from the rover's belly to the surface of Mars today. Next milestone? Survive the night. https://t.co/TNCdXWcKWE pic.twitter.com/XaBiSNebua

Good news, Ingenuity made it through the night, proving it can handle the Martian cold

Safe & sound on the surface of Mars: the #MarsHelicopter, Ingenuity, has survived the first cold night on its own, a major milestone for the small rotorcraft because surface temps can plunge as low as -130 degrees F (-90 degrees C). https://t.co/IqrL757Peg pic.twitter.com/MkSe1UNLKG

The Ingenuity helicopter has successfully undertaken the first ever controlled flight on another planet. A historic breakthrough.

The data reveals: Our #MarsHelicopter has had a successful first flight: 🚁 pic.twitter.com/h5a6aGGgHG

The Ingenuity helicopter captured this image of its shadow as it hovered about 10 feet above the Martian surface during its first flight.

If you think about what kind of technology you would need to travel to earth like planets or to transform planets to what we need to live on it I guess it will be easier for humanity to simply safe the own planet with advancing technology.

HD video of the flight taken from the Perseverance Rover

You've met with a terrible fate, haven't you? 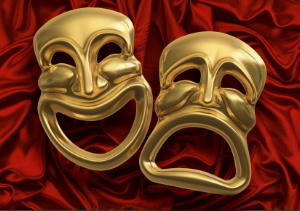 "Ingenuity performed well in the 39-second flight, rising to an altitude of three meters, making a roughly one-quarter turn, then descending to a safe landing. “This flight was all about proving that it is possible to fly on Mars,” said Håvard Grip, chief pilot for Ingenuity at JPL. “From everything we’ve seen so far, it was a flawless flight.”

The project team is already preparing for a second flight, tentatively scheduled for April 22. On that flight Ingenuity will fly to an altitude of five meters, then translate, or move sideways, two meters, then go back two meters and land where it took off from. A third flight will be similar, but with the helicopter translating 50 meters out and back.

The Mars 2020 mission allocated one month to tests of Ingenuity, a time frame that started when the helicopter was released from the rover. Aung said that she was optimistic that the project could get the four remaining flights in over the next two weeks."

Imagine being an alien and observing this mission from your home. Oh look, something finally moved, it went up, and down. It's done again, show's over.

Remote controlling an experimental helicopter on another planet, mind blowing. It would be cool if quantum entanglement could actually be used for communication, but it looks like the universe won't allow it. Stuck with that ghastly time delay.