While OP brought up Nintendo and invited direct sales comparisons, a few things to keep in mind:

1.) Saying "near Nintendo levels" is a compliment to Nintendo (whether people agree or disagree with the statement is another question.) That's not saying one company comes out on top over the other.
Those sort of comments began afterwards though. Which lead to the following:

2.) When comparing sales, revenue comparisons often come hand in hand. Just try to keep it on topic and somewhat productive.
Comparing revenue for Spiderman vs other games is relevant. But comparing revenue between the entire Playstation vs Nintendo companies is less so, and probably belongs in a different thread.

When it comes to how productive revenue comparisons are between individual titles, it depends on how much we know.
While maintaining a $60 price tag for its entire life cycle is one factor, another is the digital to physical ratio (digital games typically cost more than $60 at launch for some reason), Deluxe Editions, DLC, development costs, licensing costs, etc.

So it's often difficult to make 1:1 comparisons there.

If you're going to compare profits, then try to keep this between Spiderman vs other games, rather than the entirety of Playstation vs Nintendo.

We are comparing the numbers only though.

Bold: if you think like that, sure. But i only need to remind some of you about the operating profit, i'd love to make others victim myself.

1.I said playstation is one of, not the only place where Sony made profit, and we are comparing the profit of gaming side. Your reading ability isn't too good, huh?

2.Thank you for pointing out that Xenoblade X finally drop it's price a bit, but what about Xenoblade Wii? And i would like to know if they dropped price during the Wii and Wii U time too, can you tell me?

Ok, i only compare it to Super Smash Bros. Ultimate profits since they are same year.

you kept comparing an Entire company to a Subsidiary on an assumption that Sony's Gaming Sector is one of the few money makers for Sony, while its certainly the biggest, its overshadowed by Sony's other Sectors in profits when combined.

2- if you meant a sealed physical copy then no (its mostly around 48$), the game has been out of production and considering its a 500K hard to find game for a system that doesnt have an Eshop where you download it (unlike Wii U) its no different from PS2 situation like 2007 GOW 2 (which sold 4.5M), you can no longer find it officially on amazon and the only way you can get it sealed is through Ebay for over 80$.

as for actual Value of the Game (Digital wise), you can get it in Wii U Eshop for 20$ ! 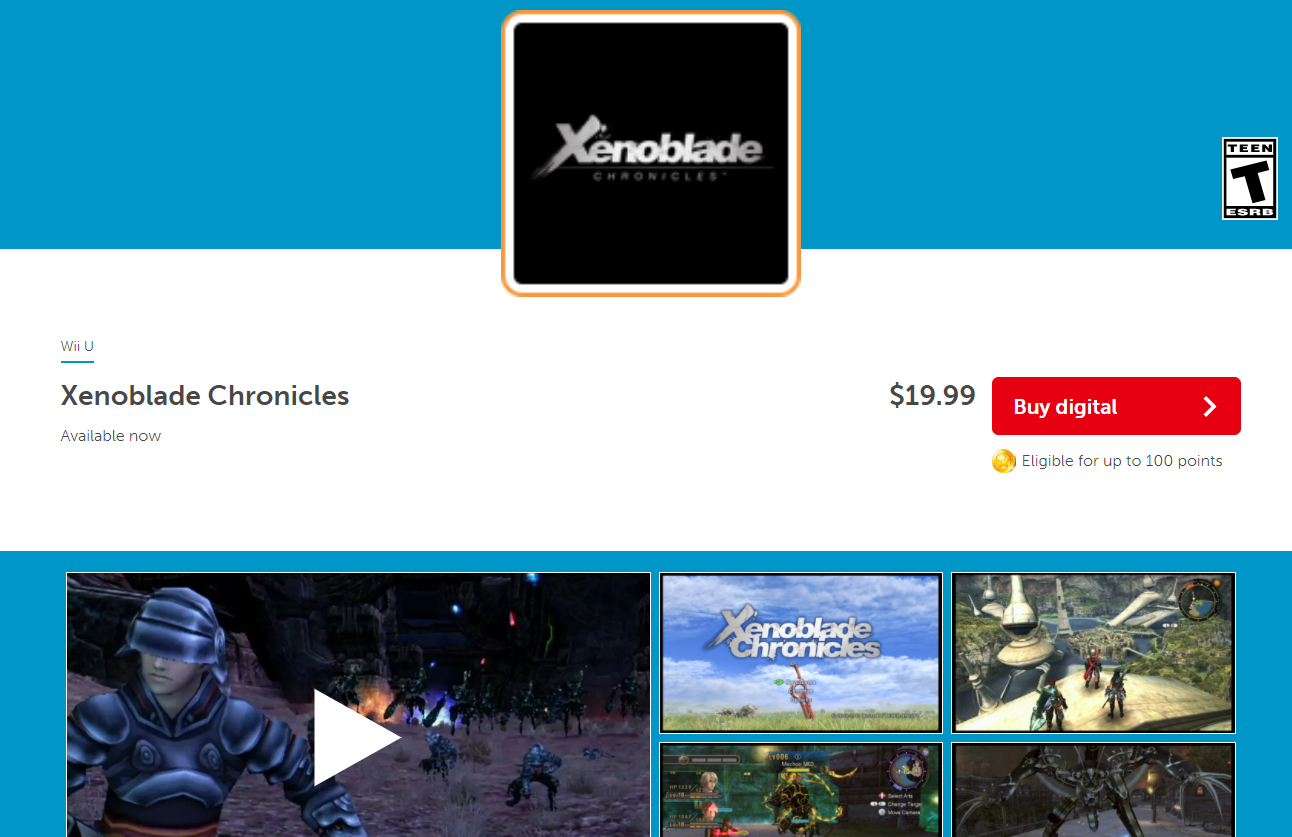 the only reason Nintendo would Rerelease its Games for full Price on the Switch is due to the Switch Cartridge manufacturing cost (Always With New Content to justify its pricing) , i wont be Surprised if Switch 2 Games (or even Newer current Switch Games) went for the 70$ Pricing on its Games Similar to PS5, assuming future switch/switch 2 will require more storage

Okay cool, so you can see how it's a terrible comparison.

IIRC, Sony is predicting about 3+ Billion profit from the Playstation division, which is unprecedented for Sony during a console launch year, because of the hit they take on hardware. This isn't even considering the $70 price tag, growing digital ownership, and even growing markets around the world. The profit the Switch is making in its peak year (2020) will be dwarfed by the profit the PS5 makes in its peak year.

1.Nice logic except it is irrelevant to gaming side, we are comparing the crurrent profit from the gaming side, Playstation vs  Nintendo :))

Bold: people here kept bringing the profit of PSN and claiming playstation made more money than Nintendo so you should tell that to them.

1- then compare the gaming side (PS4-Switch) to both companies instead of bragging about whole company vs a Subsidiary, as Hiku said nobody wants this Conversation to be devolved till we brag about market cap/cash in hands (my dads bigger than your dad etc).

And no, Nintendo had many Price-cuts during Wii-Wii U era, even pricing some retail games to 20$

And just to prove that 60$ was mostly for Manufacturing Costs, look at the Nintendo Cyber deals (Digital Games only) including 40$ on Xenoblade 2 !

1.I'm doing it by comparing the profit of 1st party games from both companies.

2.So why do you keep saying that Switch is a special case compared to Wii/Wii U about the price of 1st party games?

The amount of quality software competition on PS4 (and likely PS5) makes these numbers even more impressive. Having to go up against GTA5, RDR2, Call of Duty, Battlefield, FIFA and Assassin's Creed. Stiff competition and to still have first party output be above 20 million units sold, just impressive.

I just got back to check what's up and I saw this. lol
I am sorry for bumping the thread but I can't help myself.

"3.  This is not Sony's best first party performance.  Gran Turismo 3 sold 15m.  When they actually get a PS4 first party game to 15m, then we can talk.  They aren't there yet."

Can we talk now?