Have he been jailed? That is what happens when you lose criminal cases. And sure you would believe that only a man could do this.

I believe there is a separate court case about that in the US.  We'll find out how that goes (hint - he's not going to get away with it).

That is totally asinine. A woman who knows how to punch properly can get a pretty significant amount of power into a punch. He alleges that she punched him in the face multiple times then threw a vodka bottle at him, which partially severed the tip of his finger: 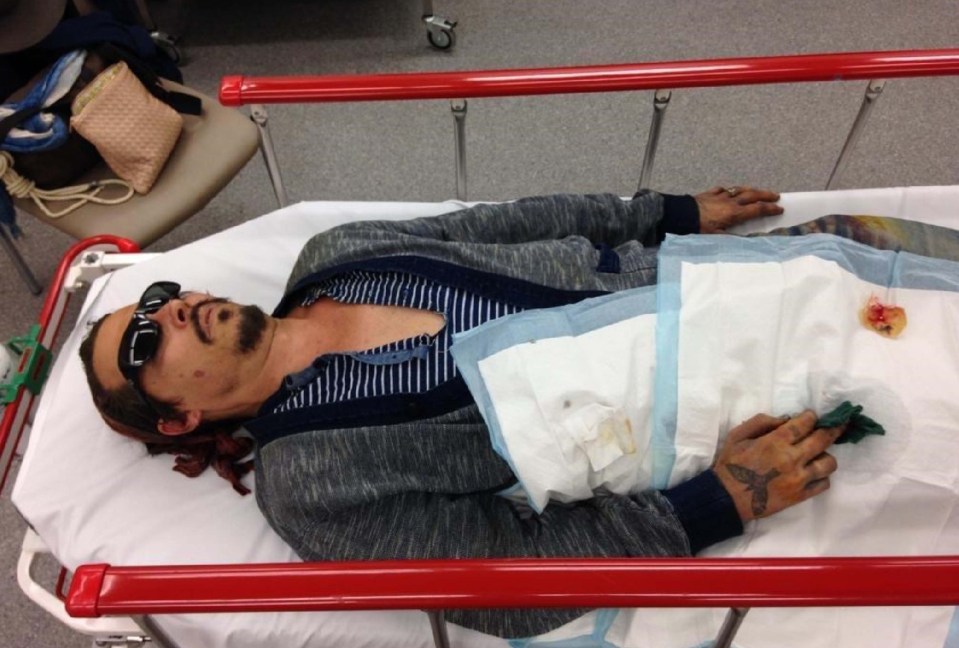 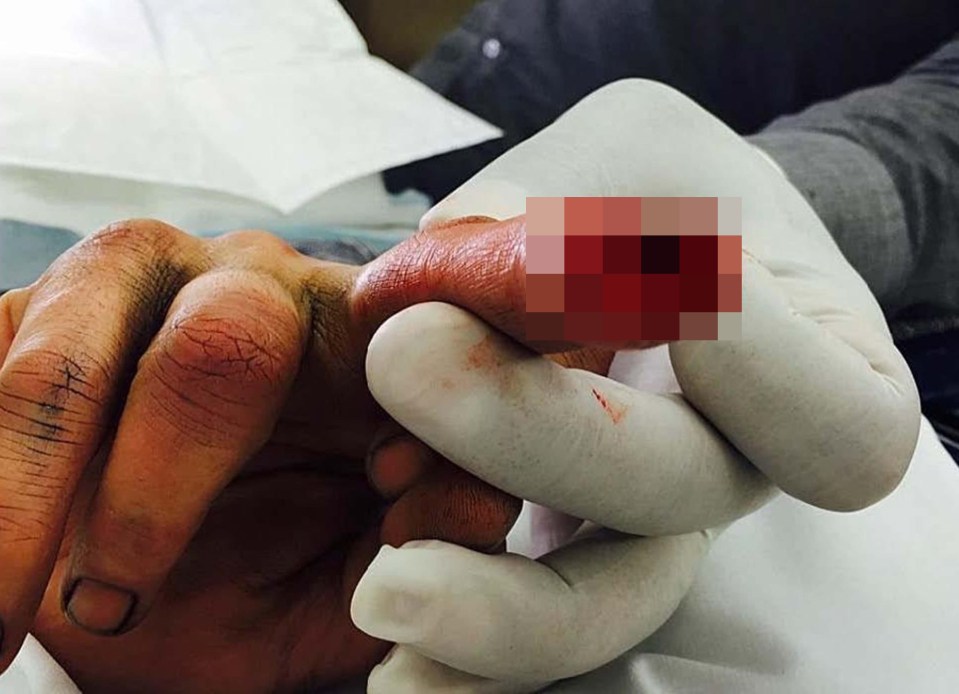 It's kind of sad that it's 2020 and male victims of female abuse still have to hear garbage takes about how "women can't really hurt men even if they tried". Women absolutely can physically abuse men. I know my uncle's first serious girlfriend was an abuser, and because he was raised the old fashioned way, never to hit a lady even in self defense, he just took her abuse for weeks (she threw stuff at him, hit him, etc.), until my grandmother discovered she was abusing him because of bruising and confronted her about it, then the girl got up in my grandma's face cussing her out, so my grandma grabbed her by the hair, threw her out of the house, and told her she wasn't allowed to date her son anymore.

Ok, let's wait for the ugly and dirty mr. criminal to be jailed.

Dude - if half of the things we know about how crazy Depp's private life is are true, he will be found guilty.  He would have been better off just saying: "Sorry, I was off my head on <big long list of stuff> and I'll go into rehab".

When you start with "if" and "we know", it all seems just like gossip false information with 0 evidence to sustain.

I'm sure Depp won't be returning ever again for another Pirates movie unfortunately.

That would be a bit weird, it wouldn't really make sense. The character Colin Farrell was playing was the head of MACUSA Magical Law Enforcement who Grindelwald had killed, and Grindelwald was presumably transforming into him via the usage of polyjuice potion using hair or other genetic material he had taken from the corpse. Fantastic Beasts 3 is set many years later, there is no way he would have enough genetic material left to continue transforming into him with polyjuice potion, unless he had captured him instead instead of killing him, not to mention he would have no reason to transform into him anymore, since he had already revealed his identity and was leading his army as himself in the 2nd movie.

Better to replace Johnny with somebody who looks enough like Johnny's Grindelwald for it to not be an off-putting change.

Sadly Disney had already dropped Johnny like a year ago, and announced plans to reboot Pirates of the Caribbean instead of making the planned final movie with the return of Davey Jones, Will Turner, and Elizabeth Swann, that they had set up at the end of 5.

Maybe. I'm the one using phrases like "if" and "based on all the crazy stuff I've read about him over the years".

I only care so far as, given what this court just ruled, he shouldn't be getting multi-million dollar film deals.  You seem remarkably invested in him being not guilty, and coming up with various ways of blaming his girlfriend for his problems...

And that's really unfortunate about the final movie of Pirates because i really wanted to know how that was going to go down.  I know Disney is strict but couldn't they just let Depp end the series off properly with one final bang. T_T