Alright Where is Mad Catz from the early 2000s when I need them?

no matter HOW you do it its not going to be cheap.

the easiest way I can think of this working is using thunderbolt 3, which some laptops can use for external graphics cards. unfortunetly, thunderbolt 3 is locked behind INTEL for the most part, and retooling the CPU to use thunderbolt 3 is going to add expenses.

and even then, thunderbolt 3 enclosures are expensive in and of itself.

This, because you also shouldn't have to spend more for proprietary tech.

SNY could have made it so customers didn't have to slide off the top white outer case plate, along with removing one more screw and a grey metal plate, to get to the M.2 NVMe slot.

They could have made a caddy pop out of the bottom/side, more like the PS3 kind of, but they would have required an M.2 connector to some other connector, likely proprietary, to connect the M.2 NVMe SSD caddy to the motherboard.

You would still have to insert the stick, push down, and screw it in regardless. Then you would have pushed the caddy it was in, back in the slot you took it out of. The difference between that, and sliding off the top cover, is negligible, so that's probably why they decided to go the route they did. It also kills two birds with one stone, because they clearly want to allow easy access to the internals from both sides, for things like dust removal, and likely selling different outer case plate designs and colors.

It would look something kinda like this, that would slide out of and back into the console so it wouldn't stick out like XBSX does. 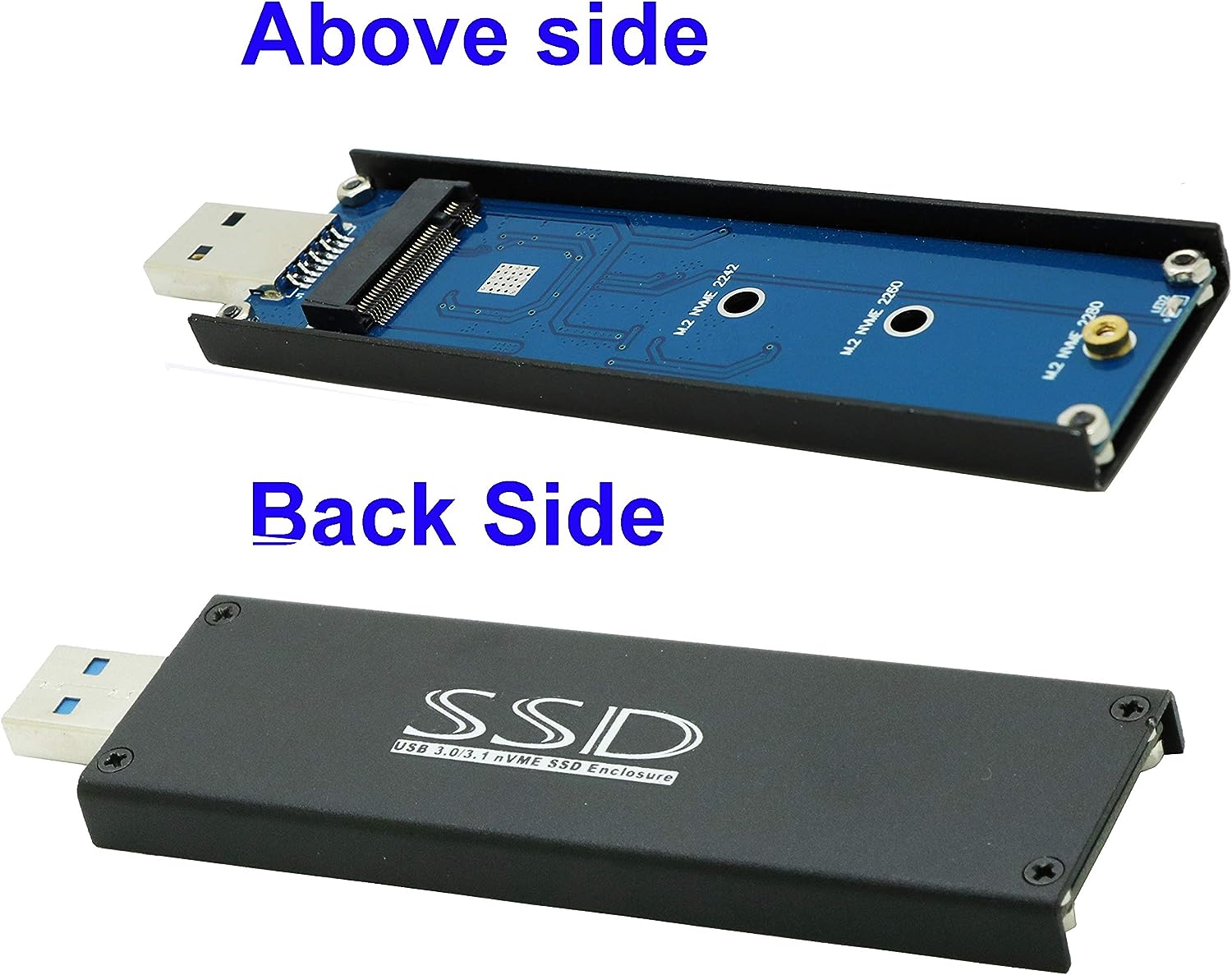 This format already is adopted on PC, even if speeds equal to Sony's spec are fairly high end and not exactly common or cheap.
Sony already announced that off the shelf PC SSD that meet PS5 speed specification will work, so no need to "adopt" anything new.
PS5 actually has some advanced I/O that isn't quite standard on PC, but also can use PC standard SSD if it's crudely fast enough.
If Sony's advanced I/O standard gets popularized on PC that should help prices drop faster since it doesn't need as high of crude speed.

Samsung has new SSD's on the market that are faster than the Playstation 5.

Yes there are plenty of ways.

USB 3.2 aka USB 3.2 Gen 2×2, thunderbolt 2, external PCI-E are options, ethernet, USB 4.0 has been ratified as well which would provide the necessary bandwidth for the Xbox Series X.

The Playstation 5 would need Thunderbolt 3, External PCI-E, Ethernet or USB 4.0.

PC gamers have no problem using screwdrivers to upgrade their storage and to do all other upgrades.

...and if you want consoles to be more like PC then you gotta experience it the same way PC gamers upgrade their rigs too :P

PS5 Doesn't have any ports faster than 10gbps so you'd have to still open the side panel and get some kind of M.2 extender which at that point just slide the thing off and put one in xD

They can try, but still we always get not only counterfeit and knock offs but several non-licensed accessories. But as I said having several official vendors is good (but well we don't don't if there will be much of a price difference at first or during most of the console life... unfortunately 200USD for a 1Tb is very expensive and basically make Series S with one cost the same as Series X getting 500Gb advantage but much lower performance).