I foresee Epic having a very difficult time in court on this one. Especially against Google since they previously sold this game for Android outside of Google Play, and then decided to bring it into Google Play.

One of the largest antitrust cases of the 21st century, which nearly saw Microsoft split into two separate companies centered around Microsoft making it too difficult and cumbersome to download and/or use another internet browser. Abusing the power of defaults can certainly be grounds for a lawsuit, even if users aren't actually forced to use that default. Of course, Google has a better argument than Apple in that other options at least exist, but that doesn't absolve them from anti-competetive behaviour.

Brilliant take... I mean, I'm biased because it's basically the same conclusion as my post, though FAR more coherent and less anti-capitalist! =P

To be fair to Jim, he does go into anti-capitalism, just doesn't dive into the mechanics that explain why these corporations are driven by greed - just acknowledges the axiom that they ARE greedy to absolute ends.

The main point is that Epic is sleazy for mobilizing a campaign to get naive gamers to do battle against Apple for them so that one mega rich corporation can get a bit more money than another mega rich corporation, and it has nothing to do with the benefit for consumers because capitalism maintains that corporations will try as hard as they can to get as much money out of the consumer base as they can. He notes how they already had their "Nine-teen-eighty-Fortnight" campaign ready to go moments after Apple's response - indicating that they knew what the result would be and pre-planned it in a way to make them (Epic) look like the victim in order to manipulate its players into protesting on their behalf.

Don't be duped and manipulated by Epic.

Breaking news: two large soulless companies want more money and will do anything to get it! Tune in now!

Apple removed Fortnite from the App Store and has informed Epic that on Friday, August 28 Apple will terminate all their developer accounts and cut Epic off from iOS and Mac development tools.

Apple removed Fortnite from the App Store and has informed Epic that on Friday, August 28 Apple will terminate all our developer accounts and cut Epic off from iOS and Mac development tools. We are asking the court to stop this retaliation. Details here: https://t.co/3br1EHmyd8

Epic says that included in the tools that Apple will revoke is the Unreal Engine that hundreds of third party developers use. "Appleâs actions will irreparably damage Epicâs reputation among Fortnite users and be catastrophic for the future of the separate Unreal Engine business"

This is Epics faceturn, loving it!! this only proves they were spot on with their previous diss 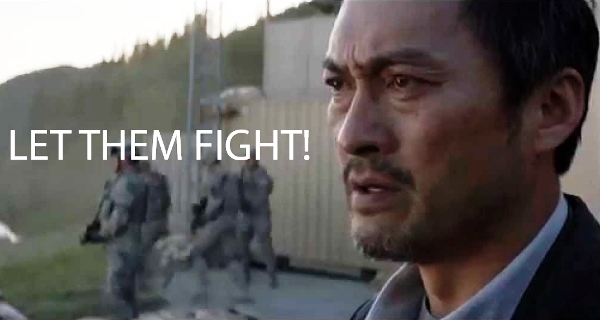 This is entertaining. Epic certainly didn't expect that.

And since court cases take a long time, Epic's Unreal business will suffer for a long time.

Apple's move reminds me of Activision vs. Silicon Knights, although there's no doubt that Epic will survive.

So does PUBG sue Apple or Epic?

Maybe Apple will allow UE on iOS on condition Epic no longer gets royalties.