Sony's controller is based on the SNES controller. You can thank Vectrex for analog sticks, not Nintendo or Sony. Adding a second one is evolutionary, not revolutionary. Sony didn't innovate aside form may be marketing. Even that was an evolution of SEGA's.

I was talking about general shape - handles and dual shoulder buttons.

Handles that reach to the palm and L2-R2. Basically a gamepad size which isn't designed for children.

Clearly you never held a 3 button pad but keep moving that goal post. The 3 button was the Xbox duke of its day. It's bigger than the DS. 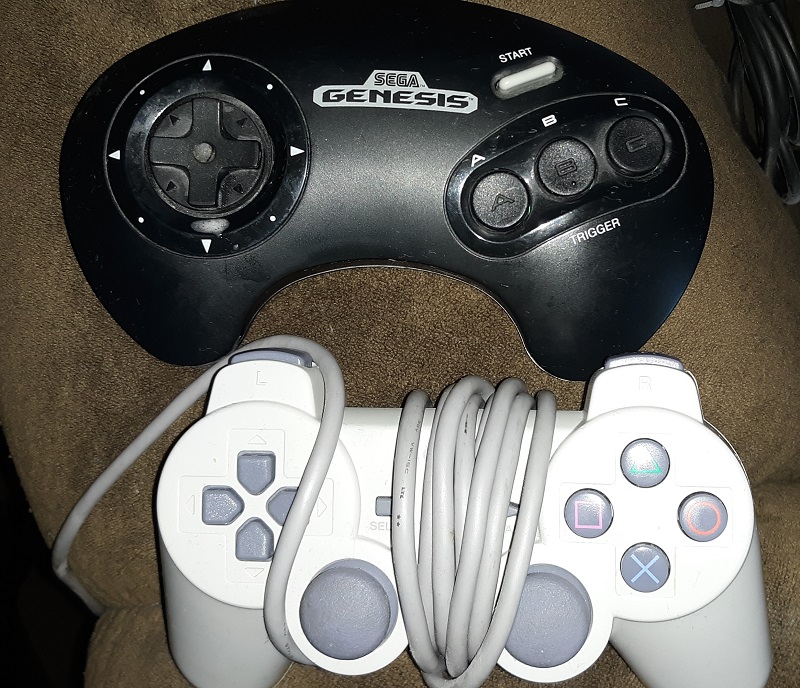 Also once again adding more of something that existed it's not innovating or being revolutionary. It's evolutionary.

Um I have. I have the Megadrive in the attic somewhere. PS1 pad and DS controllers are a mile away in terms of what you consider handles, plus the pad was flat which was the way they were designed back then :P Just look at the way you have to hold the Megadrive/Genesis pad. Its mostly claw grip unless you have tiny child size hand.

No other console had that design at that period. Snes, Saturn etc. Nintendo followed up on this on GC pad controller and added dual analogue extra shoulder button, rumble etc.

Wrong but again the goal posts keep moving so I will just leave being right.

Wrong? Okay then lol. You guys are so sensitive when it comes to console history.

If you look at the accumulation of design on whats going on the Playstation pad it hasn't changed much since the original. Which talks spades about its design and how it affected the industry. But go ahead.

The 5th gen is bigger than the previous one by the PS alone. My point still stands. Nintendo actually went 4 generations straight from very strong to very weak numbers, up until they single-handedly built the blue-ocean market. They simply could not live up to the hype they themselves built with the NES (though they were extremely dominant every gen handheld-wise).

So yeah, on a global level Sony made the console market: 3rd party importance, an actual worldwide appeal, mainstream consumption, and a multimedia center that did more than just play games. This is by no means downplaying the importance Nintendo had, as that is obvious even today by their humungous IP's, but just downplaying the PS because "insert reasons"? Well than pretty much everyone is shit next to the oh-so-mighty Atari 2600.

Playstation basically inherited all those hardcore Amiga/ Atari ST/ Commodore 64 / Amstrad/Schneider CPC / McIntosh gamers who didn't want to switch over to the PC for whatever reason. Amiga gamers at the time were especially adamant that their games were "different" to PC games and thus easy picking s for the Playstation when the Amiga faltered in 94.