The original Wii (black or white) I think takes the cake, it looks like a legit Apple product.

Just the Switch. I think the Wii looked great in promotional pictures, but once I had it inside, it was...underwhelming, to say the least. It's like the PS4 vs Xbox One. In the pictures, I thought the PS4 looked nice, but it person it's a bit of an ugly duckling. The Xbox One (Both OG and S) on the other hand looked fantastic in person, and is now probably my favorite looking console to date, just due to how nicely it fits in my entertainment center. The photos just don't do it justice.

The Switch, for me, is kinda like the Xbox One. It seems uninspiring in the promo photos, but it looks really nice in person. I mostly keep it docked at my computer desk next to the monitor, and it just elevates the whole atmosphere, I swear.

There are so many I like; the N64 for looking so futuristic for its time, the Gamecube and SNES Jr for being so cute, the Switch and Wii for their slick minimalism.

All time favourite though has to be the PAL SNES/Super Famicom. It's such a perfect blend of sleek yet robust, serious yet fun. 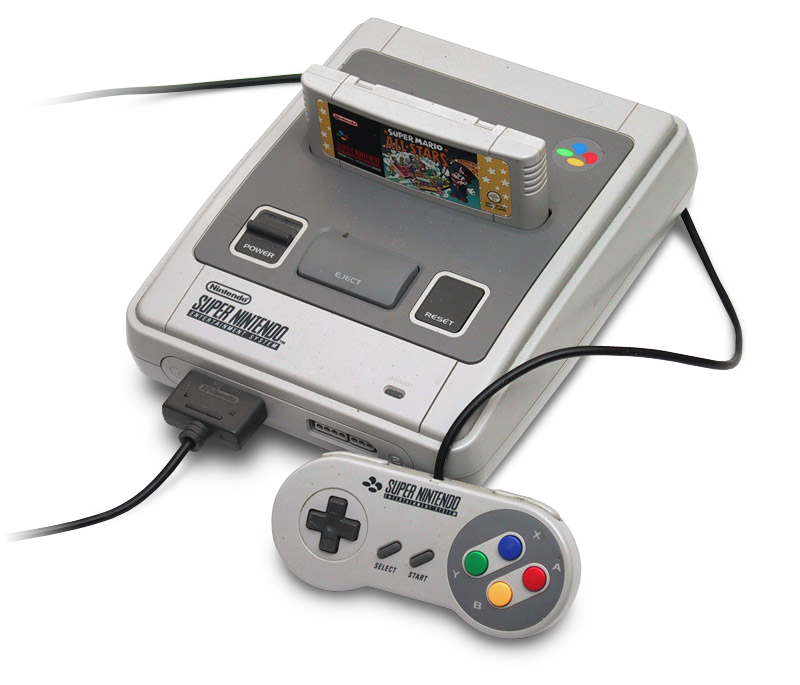 They were also built like a brick shit house and practically indestructible!

Yep; my original Super NES that I got for Christmas of 1994 still works just fine over a quarter of a century later, despite how rough me and my brother were with it as kids haha

The system did launch with a black option.

The Wii. So simple yet sleek, aged really well.

Going with the GCN. Probably the most fun and purely “video game” looking console design ever. Honestly surprised it didn’t attribute to it being more successful.

I hear this sometimes but i prefer  the American version. I actually saw a euro version back in the day and I tough it was ugly had faded colors and looked like a receipt printer. I'm not so critical of it now but still think the us version looks better

I agree with you.  I really like the little raised platform for the cartridge.  I think the other version is just kind of ugly with the large flat gray top.  I also like the purple buttons more than the multicolored version.