I used to spend at least $20.oo bucks per year on disposable double AA's during my time playing on the 360 last gen. Switched to playing PlayStation this gen and found that the DS4's equipped lithium battery has been super convenient and has also saved me enough money to buy an extra game to play, to what would of otherwise of been battery money.

I have had AA last longer though. Choice is what's best.

nintendo has the right approch when it come to batteries.

Lithium, but HUGE capacity, even on the fucking joycons they last 20 hours at base, meaning even at 50% efficiency downthe line its 10 hours pf playtime, perfectly acceptable. then you have the pro controller, which sticks in an ENTIRE 3ds battery for 40 hours.

to be fair, the wii U pro controller does the same thing, but with less features at 80?! hours of battery life.

I would prefer a wiimote style aproach for staanderd size controllers though. easier to swap a new one in, even another rechargable pak.

We do have a standardized lithium cell sizes.
See here: 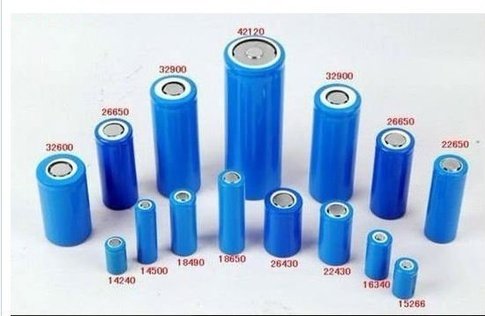 Why not buy some Nickel-Metal Hydride rechargeable AA's? Or even lithium-based AA batteries which can be recharged via their built in micro-USB port? 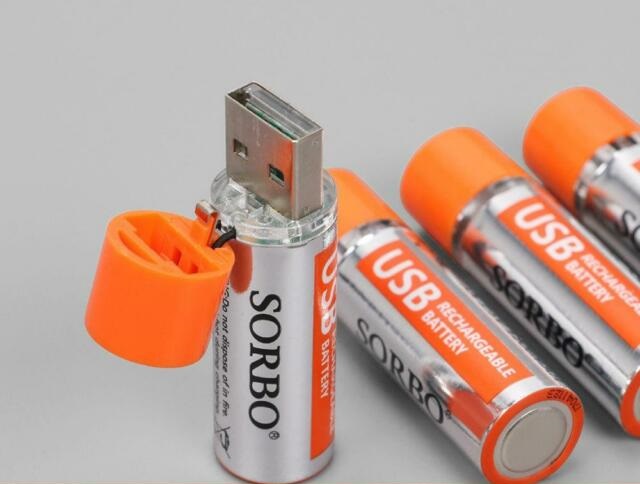 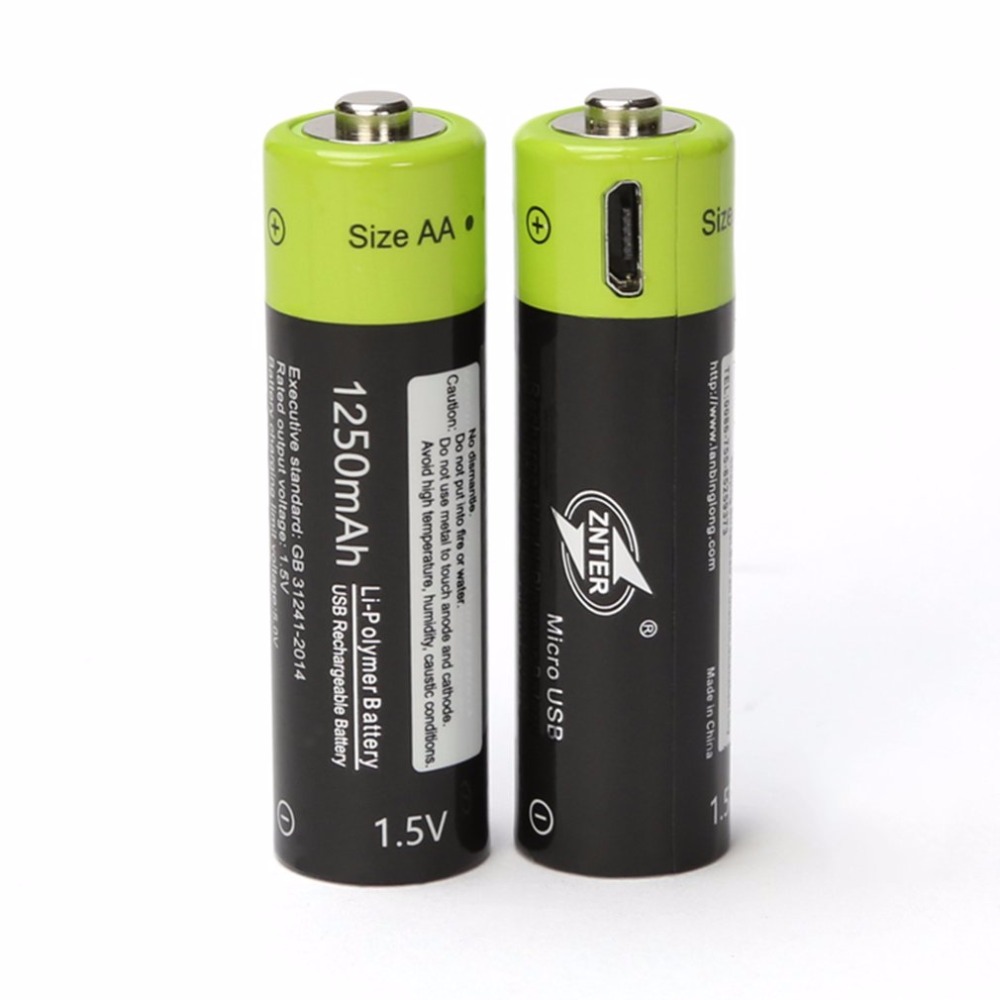 I have high-capacity 2700Mah NiMH cells... And I will get more runtime than the PS4, WiiU or Switch controllers. When they go flat, I swap them out for a new set and get back to gaming, no crappy cables to deal with, no docking.

Plus I intend to keep my consoles for decades, it's nice to know I will still be able to use those controllers wirelessly just fine.

It's not a matter of if they fail... But when. Batteries are only good for a finite amount of charge cycles.

WiiU gamepads battery life was woeful to be honest... At 3600mAh the fact it gets the battery life it does is impressive, likely a result of only having a 480P display and no real internal processing.

Wouldn't be so bad if I could say... Turn off the screen while playing on the Television though.

Nintendo's battery sizes are not "huge" either, Switch's Joycons are only 525mAh, 3DS was only 1300mAh, the Switch's internal battery is 4310mAh which is fairly capacious, but phones today are beating that by 25% or more.

I have a Breath of the Wild PowerA controller for my Switch which runs with 2x AA batteries... Yet to go flat yet.

I prefer controllers to use swappable, standard batteries. In most cases, you can get the play and charge kits, or you can use normal batteries. So, it gives you more options. Plus, as long as you have batteries around, you never have to go more than a few seconds without a working controller, and you never are forced to plug in.

Rechargeable AA batteries are cheap (at least over the long term compared to single-use disposable batteries) and can be used for a wide variety of applications beyond just game controllers. Swapping out batteries is easy, especially if you already have a charged up pair ready to go as you ought to (I have plenty). A removable lithium battery pack like the Xbox Play & Charge Kit would be fine as a substitute, though. Honestly, the fact that Xbox controllers still have non-integrated batteries is another thing I like about them (I prefer the layout and general feel as well).

But when you have integrated, non-removable batteries like with the PS4 controller or the Switch Pro controller, if your battery runs low you need to plug the controller in, which might not be convenient depending on where you like to sit, and if it ever goes bad you need to buy an entirely new controller (unless you buy a replacement battery and are savvy enough to know how to properly open up the controller and replace the battery).

What is AA? Well, I have a lot of eneloops, so I won't be bothered.

Yeah, I have eneloops in my two XBO pads (one for PC, one for the Xbox), in my Oculus Touch controllers and in most of my remote controls (a lot of them).

At least 6 AA-eneloops and 2 AAA-eneloops are always charged and switched in less than a minute. 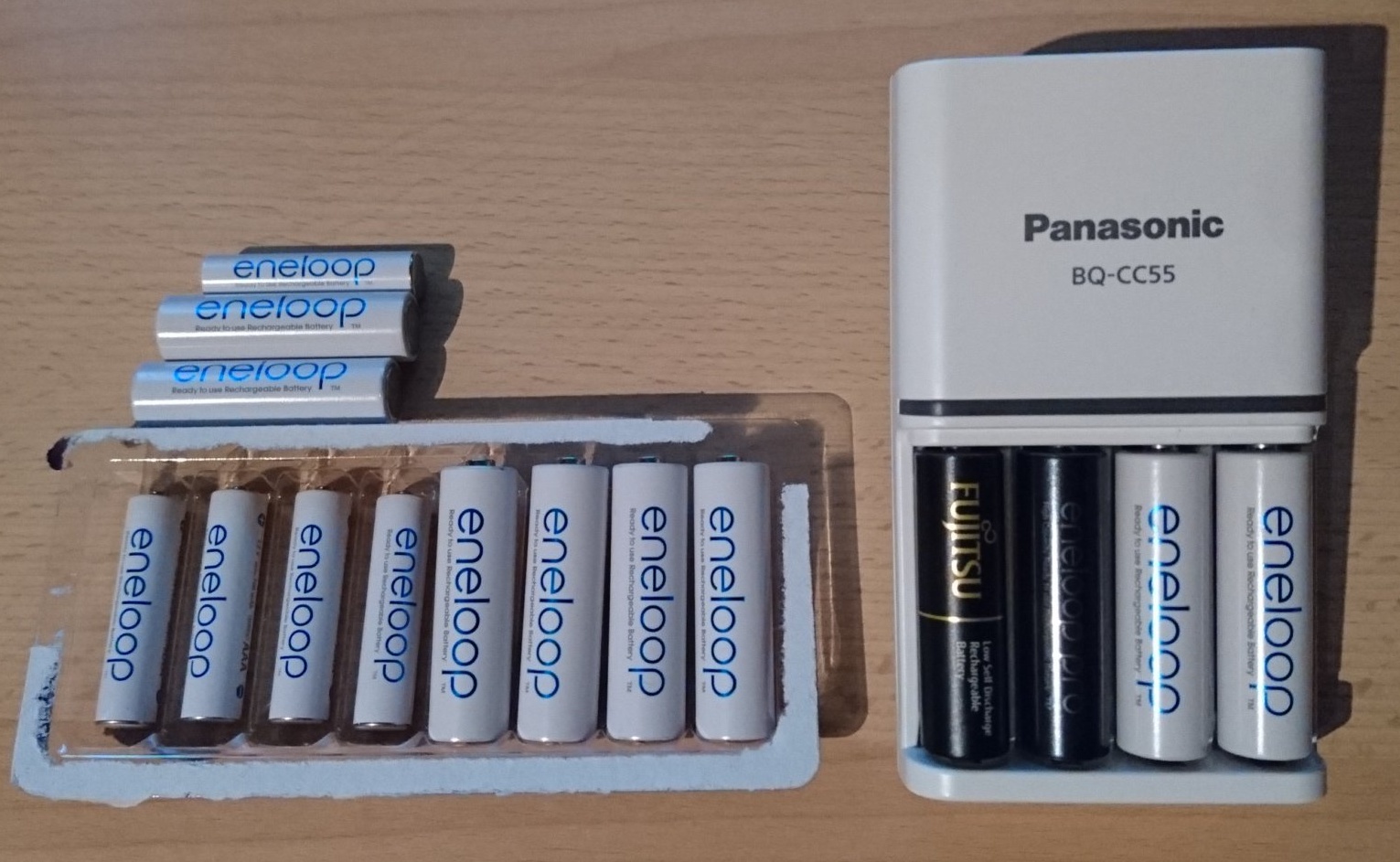 On PS3 or PS4 you need to play with a cable connected when the battery runs dry (i hate that) or you need a second controller which is charged.

And for PSVR games with PS Move controls, using a cable is even less an option. I had to break the short game "Blood & Truth" into three sessions so my old PS Move controllers could recharge between them.

Lithium batteries are great for devices which have to be thin (smartphones, tablets, handhelds)... but game controllers don't have to be that thin.

I chose AA. Not because I actually like AA batteries better, but I think the convenience of swappable batteries are something that a lot of people don't consider. Even if the PS4 simply had a swappable lithium battery it would solve a lot of my issues with it.

Here is an example: The other day I wanted to play Smash with a buddy, but my Pro controller wasn't charged. Typically I charge it once or twice a week, but I must have forgotten. Instead I had to stay tethered to the Switch unit to charge the controller. It wasn't the biggest of deals, but my cord isn't that long and I was afraid I would tip the unit over (it's a new animal crossing switch and I don't have a screen protector yet). If the battery would be swappable, I could buy another one for 10-15$ and just swap that in. It would have been very simple and convenient.

That being said, I don't like the idea of stockpiling AA batteries that aren't rechargeable. I did that with the Wii and it was not fun.