Forums - Nintendo Discussion - Staring into the abyss of a world where Nintendo has no games scheduled for release. Edit: The Time of Darkness Has Arrived

Doom Eternal is already out on PC, PS4 and X1.

In case some of you haven't noticed, there is a global pandemic and economic crisis going on. Scheduling a major Nintendo Direct production and its distribution along with developing and scheduling the release of games are subject to some very major changes.

I'm aware. I don't own any of those, and it's been promised for a system I do have.

Nintendo is the only company I can think of that has people getting angry, depressed and sad when they aren't trying to sell them something. People even beg them to be advertised to. They really are marketing geniuses.

I don't even know if Nintendo employees are even permitted to come back to their respective offices in Tokyo or Kyoto right now.

Koizumi and Takahashi usually host the Directs from a green screen, which is likely in their offices. Can they do that at their respective homes in a professional manner?

Plus, as Sakurai even described, trying to talk and meet with third party developers is tough right now as no one can travel to other offices. If Sakurai can't even get Fighter Pass Vol. 2 done as scheduled, how could Nintendo get confirmed release dates and progress of games from their studios and their third party partners in a timely manner? Hell, pretty much all of the indie games from Indie World (which was all voice overs and people mostly outside of Japan presenting from their respective offices) had release windows. And that presentation was probably done before Nintendo of America allowed their staff from California and Washington to work at home.

Are you more interested in RE7 than RE2 and RE3 due to the VR aspect, or that it's more horror focused?

I'm not much for first party Playstation games, but mainly because I have so many third party games I prefer that I don't find much time with the first party titles. So that's why I haven't played Horizon.

But on that note, since finances came up, those games usually end up on PS+ for free. Next month for example offers Uncharted 4. Another probably good game I haven't played yet. And don't plan on playing. (Also because Uncharted 2 felt like it gave me my fill of the franchise.)
I'll add it to my library for free though just in case I change my mind some other time.

The second finance related thing I wanted to mention is that if you have a friend who is willing to share their PSN account with you, you can play any games they've purchased. So if you can find an affordable system, you could have access to a bunch of games if any of your friends want to share.

Which leads me to a question. You said you don't have much of an issue with games to play, but more of games to look forward to.
Do you mean you have a backlog of a lot of games that excite you and haven't played yet? Or games you've already played but can keep playing?

Because for me the excitement of having games to look forward to doesn't change until I play them.
For example, I didn't play RE2 until about 2 months ago. A year after it released. My excitement and expectations didn't change until I finished it.
Next up I think I'll play Kingdom Hearts 3 (just barely started it). Although I have NiOh 2 installed that I haven't played yet, and some of my friends playing it right now is a motivating factor because it has online co-op.
But whatever I play next, I need to try to finish it within the next week or so, because these 3 games are releasing in the next 3 weeks, and I have them pre-ordered. 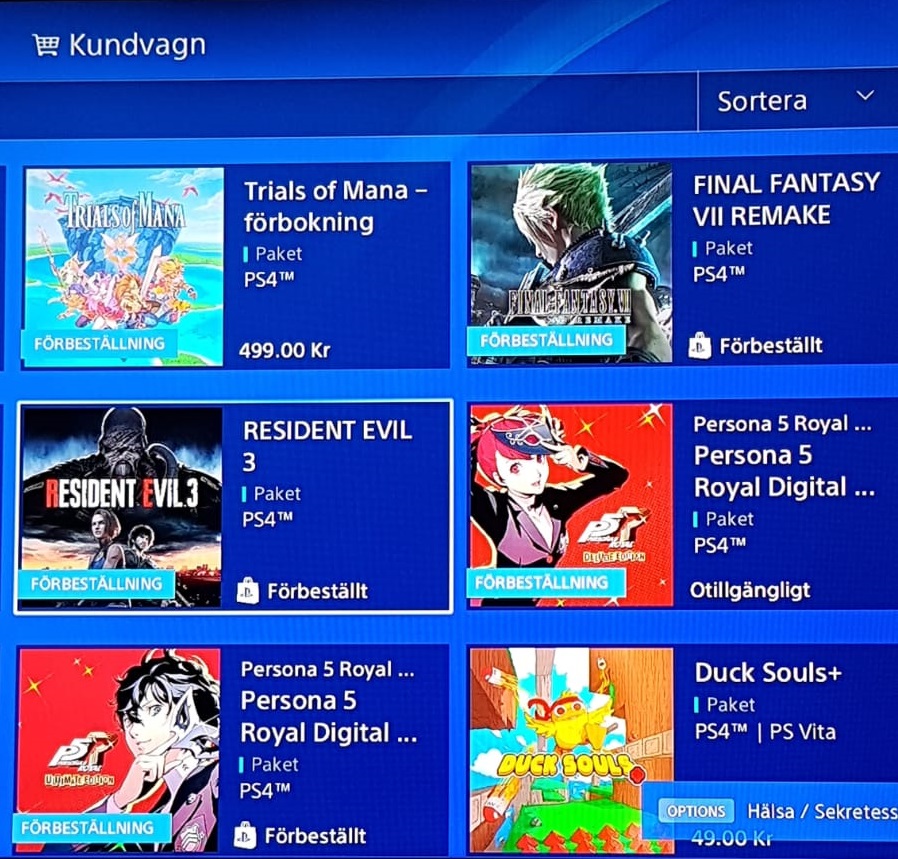 I'll probably put on hold whatever I'm playing for any one of these three.
Even if I get 0 new announcements for the next 2-3 years, I'd still have my hands full of a bunch of games I already own (or can buy), but haven't played yet. A friend of mine also shares their PSN account with me as well, and between the two of us, I think any game I ever considered playing on the system is just a download away. And there's dozens of them. I haven't played RE7 yet. Or FFXV. Or Valkyria Chronicles 4. Etc. A number of games on Switch I haven't played yet either.

Who honestly knows at this point. Nintendo systems historically do tend to be extremely front loaded with their game lineup. Maybe they’ve plateaued already, and their exclusive output will be very sparse from here on out until their next system

Believe it or not Japan is not taking this pandemic thing seriously at all. Other than people with a lowly job such as myself, everyone is going to work as normal. People are still having large parties in public and going cherry blossom sightseeing. Of course there are significantly less people due to the tourists from Asia disappearing. I go to the gym and it is just as active as usual, if not more. So while the western/ 3rd party side might be more difficult, the Japan side isn't.

It's usual for Nintendo to announce their big games in late spring around E3. It's unusual for them to announce them 3 months earlier than that. And fans aren't starved, they're literally buying up games and consoles in record numbers, despite a pandemic occurring.

If you're satisfied with a barren schedule fine, but don't expect me to be happy with having nothing concrete to look forward to.