I want to know what Nintendo fan will buy for their next gaming platform outside Nintendo consoles.  if you guys have the money to buy a second consoles or have free time to play a lot of games, What will you buy, a PS5 or Xbox (Series X or Series S).

This of course for people who want to buy consoles instead PC/smartphones /Cloud gaming, or already has a PC/Mobile Phones/Cloud gaming.  I want this thread  to focus on consoles alone (so i hope you guys avoid saying "i will buy PC instead or i already has PC".

What will be your deciding factor. Is it because of power spec, exclusives, japanese games , single player focus, community, brand loyalty, online or price?

The poll is missing the "None" option.

I don't know yet.

I don't care about online, "features", have no real brand loyalty or care about the power beyond that I expect things to be an improvement over what I have. It's all about games. I get something if it has a couple of games I want to play. Multiplats usually don't do it for me, so it's down to the exclusives. In most of the previous generations, Sony had enough for me to get their console. SEGA did as well once. Microsoft never has, I never felt the need to get all platforms in a gen. My time is limited and precious, I really only "game" if I have nothing else to do. Maybe I won't even get any other console next gen at all if they don't have something that interests me.

If I'm going to buy one and not do PC, I'd do X as it seems the closest to a PC in abilities of the bunch. Also because I think Microsoft's first party lineup starting next generation will be better than Sony's. The Outer Worlds was absolutely amazing to me and I am excited for Halo Infinite even though I mostly skipped 4 and entirely skipped 5 (so far). The only Sony games I wish I could play I can think of are gow and Spiderman. So, I'll go with X. I'd rather do ps5 than a S though. 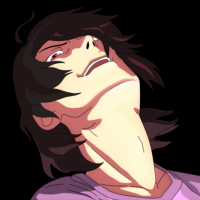 PS5. Looking forward to see what Sony will be doing with the next Horizon and God of War, amongst other games of course.
Sony have a good track record with delivering what i expect from a console.

Power isn't really a factor for me, however I think next gen is going to be really close in terms of power.
The next Halo is tempting but since 3/Reach, i haven't really had love for the series as much as i used to. Series X will have to have multiple high quality exclusives before i can personally justify buying an Xbox again. For me, exlusives are where it begins and ends and MS have a lot of work to do. Spencer can talk things up however he likes, but i'll wait to see the end result and judge for myself if Series X is worth it. I hope MS isn't too caught up on being the most powerful console, and just hunker down to create unique experiences you can't find anywhere else. Nintendo prove that power isn't needed to create success, just ideas and great games.

Both but probably get PS5 first, Xbox one was such a shitter and PS4 was a tank. Depending on when some Xbox titles launch. If they both have good exclusive off the bat I’ll buy them both day 1.

I probably get an X and a PS5. But, because of Halo, it's likely that I'll get an X near launch. I always play Halo games at or near release. My 3 year Gamepass subscription also has me favoring XB at the start of next gen.

I suppose it is possible that I won't get a PS5 at all. My gaming time is much more limited than it used to be, as I have a kid now. But, if Sony can manage to keep the quality of their games at or near where they've been this gen, it'll be hard for me to skip PS entirely. I think it's pretty likely that we'll be half way through the gen before I get a PS5 though.

I will probably get a PS5 at some point and then use it mostly for streaming and watching Blu-Rays. Nintendo is for gaming. Sony is for movies and TV.

Needs to be a none option. The Switch is easily enough for me. I'd have to spend a lot more time playing video games than I do to even keep up with my Switch collection. Probably won't even end up getting Switch 2 until a couple years after it comes out as I'll still probably be finishing my Switch library. Not really interested in Xbox and PS consoles anymore as the hybrid concept is far better. The only Xbox and PS systems I ever got were Xbox, PS2, and 360.

There's barely any exclusives on Playstation that interest me, and the rest runs on PC and/or Switch, thus making both Playstation and Xbox useless for me since last gen.