I'm LOVING the new Super NES feature! I'm a sucker for this sort of thing.

Since its launch days ago, I've finished Super Metroid (yerp, under three hours; still the best "Super Nintendo" game ever, as we used to say), Star Fox (all the paths), Super Mario World (okay, still working on the Special world, admittedly), Super Mario Kart (all the cups), and have gotten well into The Legend of Zelda: A Link to the Past, mostly just to see how they played on the system/network. I still have a working original Super NES and a Super NES Classic, but being able to play all of these games on the go now in their original form is really nice.

F-Zero is the next game on my list of replays.

I have to say that playing Super Mario Kart online is bringing back the most nostalgic feels for me atm. It's brought back fond(ish) memories of playing the game online with the XBand dial-up waaaaaaaaaaaaay back in the mid-90s, only this is way better, lol. That was the last time I'd played that specific game online before. Now bring me more XBand nostalgia and give me live Doom, Super Street Fighter II, Mortal Kombat 2 and 3, Primal Rage, and the original Killer Instinct! Yaaaaaaas!

Actually first give me Final Fantasy VI, Chrono Trigger, Secret of Mana, and, in my utopian pipe dreams, Out of This World. And Star Fox 2!! (Super NES Classic still technically counts as an "SNES" platform, right??)

I've been eyeing that one (Demon's Crest) too 'cause I never played it before either. What would you give it on a scale of 1 to 50 million?

Those are a lot of excellent games there, I agree. And while I would love to get the chance to play them for free I sadly believe that most of them won't come to the service. I think a few of them are already sold on the eshop like Mega Man X and Super Castlevania IV so 3rd parties would cut into their profits.

I'd love to be wrong though.

I like the idea of a new console every year, but I can imagine a lot of people being disappointed next year if we get Gameboy instead of N64.

Lufia 2 is amazing, probably my favorite game on SNES... Seriously underrated. Glad I have a physical copy and a copy on my SNES Classic.

As for Terranigma... It is only one of the best RPG's on SNES.
It was only released in PAL/Japan territories though.


So many hours I have sunk into that game.

Illusion of Time is known as Illusion of Gaia here in NA...love that game.  And Evermore, and definitely Shadowrun.  Yeah, that's a great list and I absolutely hope many of those titles come over.  I'll be honest, though.  My expectations are low for some reason.  I have a feeling they'll just pad the service with non essential games and special editions.  I do hope I'm wrong.

Soul Blazer was the overhead action adventure spinoff of ActRaiser, it’s spiritual sequel was Illusion of Time (also known as Illusion of Gaia in the US), and Terranigma is the third game in that trilogy (often called the Quintet or Soul Blazer trilogy).

The game, like the previous games (and ActRaiser) is about the resurrection of the world. Although the production values are higher (around Chrono Trigger/Secret of Evermore level) and the story is more in depth.

You begin by resurrecting the continents from within a sub-universe. You then go to earth and resurrect various species of animals ending with human. You then work your way through the history of civilization, performing acts such as the democratic revolution in Europe, discovering the new world. Also, there are side quests which allow you to significantly expand the cities which in turn offer new side quests.

It is a very unique game falling somewhere between RPG and action adventure, it’s probably closest to Secret of Evermore in terms of gameplay and even the structure, but Terranigma  is of a MUCH vaster scope with a much more involved story. Also, it has a world map more similar to RPGs like Chrono Trigger (except on a much larger scale) rather than Secret of Evermore, which is a bit like segmented off levels.

IMO, it is the best action adventure/action RPG on the SNES - better than Zelda or Secret of Mana and rivalled only by Chrono Trigger in terms of accomplishment on the SNES. It is easily my most played game of the late 1990s aside from maybe Sid Meier’s Civilization 2.

I recommend looking it up, but caution, the first 15 hours or so (up to the Bloody Mary voss) can be fairly brutal on the first playthrough. After Bloody Mary is when the main plot line (from late medieval civilization, onward) really begins to kick off as all the major players (villains/factions) become clear.

andisart on 11 September 2019
Great, thanks for the tip! :) Correct, what I meant is not 16:9 but to maximize the screen pixels available staying within the original SNES format. Removing the buttons at bottom already helped. You mentioned the borders are not worth mentioning, but I have to disagree: There is a border on top AND on the bottom, totalling in 46 pixels (the actual SNES image on the 720 pixel high screen is only 674p in height. I just don't understand why Nintendo limited it this way instead of giving us a full screen size emulation... To illustrate the difference, the outline shows how much space is wasted and how large the image would be: 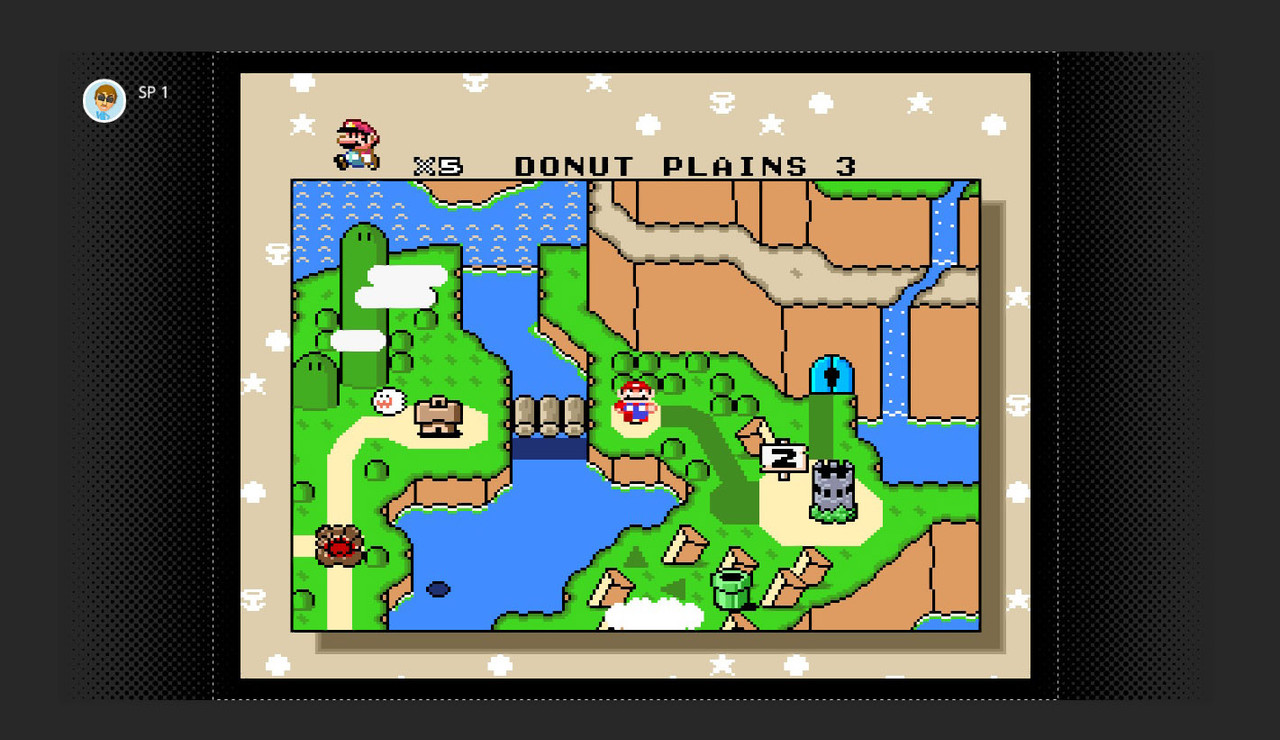