Can't say the trailer exactly sold the story very well. Really it more filled us in with lore than much anything else.

This is completely speculation on my part, but I think that the reason is to make the avatar just a side part of the game. I could be completely wrong, but it seems like a big complaint from a lot of older fans is that the avatars take up too much of the main story. So the training/teaching part is where you get to use your OC to actually change the stats and efficiency of your warriors, but on missions the lords themselves will be the main focus. I could be wrong though. I do think they have shown fights where the teacher was in them but I think they were all mock fights.

I found the trailer with the studying mechanic rather interesting. Gave me a bit of a Persona vibe, and it's nice to see some innovation like this to mix things up.
I also like the idea of potentially socializing with other characters in a new environment, if that's what they're going for.

The only thing I wasn't particularly fond of was the character design. Feels like no character really stands out so far, which is unusual for me. 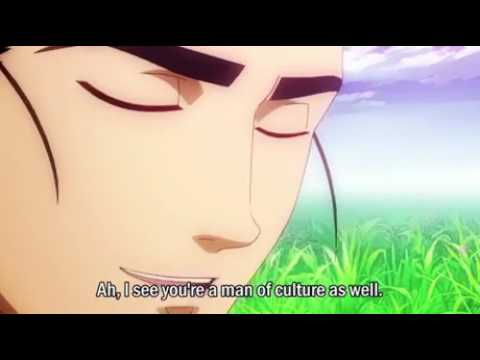 Would be great if the game had Suikoden's castle building mechanic.

I'm confused what the game is even supposed to be about.

I'm not going to say it'll suck yet, but that footage was really bleh:
The story seemed uninspired.
The graphics were ugly
The 3D graphical style seems like it will make for a bad gameplay experience. History has taught us that 2D/sprites ALWAYS works better for these sorts of games. The earlier 3D home console versions kind of sucked compared to the handheld versions because of this problem.
The characters seemed very dull.

Seriously, just give us a port of Fire Emblem: Genealogy of the Holy War and call it a day. Keep the graphics the same.

I thought it looked great personally...but there's a lot more I need to know, namely the character customization and how the relationships will work. Personally I hope it goes for depth rather than breadth, which was an issue I had with Awakening and Fates, where the supports felt a bit bland in an effort to let anyone form bonds with anyone. Character designs look good to me, the setting is pretty interesting, and I'm glad the avatar is actually an avatar this time. No more fake avatars like Corrin and Robin please. A real person MC would be even better but ah well, I'm okay with this.

Not that I'll mind much either way, given I've at least moderately enjoyed every game in the franchise outside of Shadow Dragon. Definitely looking forward to it though.

Suikoden's castle building mechanics were the best. Uhhh how i miss that franchise.

You're probably right, but man the newer FEs are becoming less and less for me. I guess I'll just wait for the next Fire Emblem Echoes game.

I mean like I said, I'll give it a fair shot but I'm not liking what I'm seeing thus far. Not a fan of avatars in FE unfortunately.

Ironically I think that's the entire reason that they focused on the teaching section though - it's basically saying "Yeah, besides upgrading your guys in your hub, these guys aren't important to the story at all".

But I get what you mean. Even as a newcomer, the advertising for this game is just awful.

Like I said in the news, it looks like a Fire Emblem version of Valkyria Chronicles 2. They surely tried to go even further in the "casual anime-like" side with the school setting. It started well with the "3 countries living peacefully, and a company of mercenaries...." though...

Seriously, they should just get rid of the avatar. It just makes every story worse. Make a real MC with an interesting background and personality instead of this blank one.

They could just do a new Radiant Dawn with a similar but different setting, and changing the battles a bit to renew it. It wouldn't be original, but at least it would be more likely to be good.