I was left feeling intrigued by what it'll end up being.

- I prefer the character design here over Awakening and Fates. (Echoes had the best presentation)
- They don't go into your typical "2 countries are at war"
- Your MC has an interesting role to play at least
- Support conservation might end up vastly different to previous games

I wasn't left haaawed by the game, but it still holds my attention.

I approve of this, with two additional comments:

(1) As much as I like the Fates/Echoes seamless transition between the map screen and battle screen, they really should optimize the engine first before adding it in.
(2) The marketing for the game should've focused on elaborating on the gameplay. I still have next to no idea what the new mechanics are and why they're there.

They put so much emphasis on the academy that it's making me worried. Awakening and Fates were my limit of what I can tolerate in anime based stuff, if this pushes it into high school slice of life crap territory that's gonna damage my view/enjoyment of the game big time. I really hope the academy has no bigger role than My Castle did in Fates.

Fire Emblem is one of the few Nintendo-franchises i never got into and sadly i don't think this game will change that. Game looks kinda meh

To me, what we saw does not seem enough to get the "feeling" of this new Fire Emblem

I have the feeling that they did not present the whole plot. Who will the leaders of each house fight against, as they seem to be in peace with each other? Are they going to engage in an unexpected war? Will we see another kindgom trying to invade Fodlan ?

That said, in terms of visuals and style, I really like what I saw. It´s a different art style, compared to what we saw in the 3ds games. And we will for sure meet new battle mechanics, with the intriguing presence of troops for each character.

Another feature that caught my attention were those scenes where we saw the main character running through streets and corridors. So this game may well have something like a "hub", instead of a progression map as we saw in Awakening.

It will definetely be a different Fire Emblem. I´m really looking foward to it.

It's hard to get excited when barely anything of the meat of the game has been shown so far. There will probably be a demo before release, so that's that.

After Echoes it can only get better for the Fire Emblem series, unless they botch the fundamentals like in Echoes.

I agree that the Direct did a poor job of hyping up the game. They really should have shown off some of the more exciting parts of the game.

I'm unfamiliar with this school/academy kind of setting, so I have no opinion on it.
I love how they let you customize your units by choosing their classes and tweaking their focus. I also like that they are keeping the combat arts from Echoes.
Not too worried about the story right now. I'm actually quite happy that it seems to stay away from the overdone plot of country X suddenly invades country Y and prince(ss) Z has to train a bunch of rag-tag misfits to take back their country. All I hope is that it won't be as problematic as Fates' story was.
Biggest issue right now is definitely the character designs. Some of them just look plain dumb, particulary Female Byleth.

If Mario or Zelda isn't in a game, then lower your expectations for it.

I’ll give it that the main plot of the game has not been explained much at all the last two presentations it’s been in, but I’m still excited for Fire Emblem Three Houses. Call it generic or anime all you want, but I like the new art style and the gameplay, from my perspective runs pretty well. Sure the animated cutscenes appear to run like the ones in Echoes, but that’s more likely done as a style by the studio animating the cutscenes as they did with Echoes.

I get if some are a bit turned off by some of these new features, but I think the game will still be great. I don’t really see how some of these features would be necessarily bad. Every other FE game have been well received by critics outside of maybe the Shadow Dragon remake. I think if they show more of the main story, it could bring in more interest beyond the fandom. 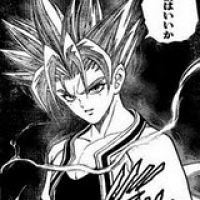 I need to see more, the trailer left me very confused. My favorite so far is Sacred Stones on the GBA and Awakening as a close second on the 3DS, Radiant Dawn was good.