@Green098: You listed Sports Party from Ubi as your game #50#. I'm kinda interested in this. It looks like a good motion control game, but with only a few games in it. And no weaved together world, like in Go Vacation or Wii Sports Resort. Can you say how the game stacks up against Wii Sports, Wii Sports Resort and Go Vacation, so that I get a better impression if I should get it?

Fun little sports party game that got a quiet launch on Switch by Ubisoft. Not the most substantial game but has a nice style as well character customisation and good buy if you can find it cheap. 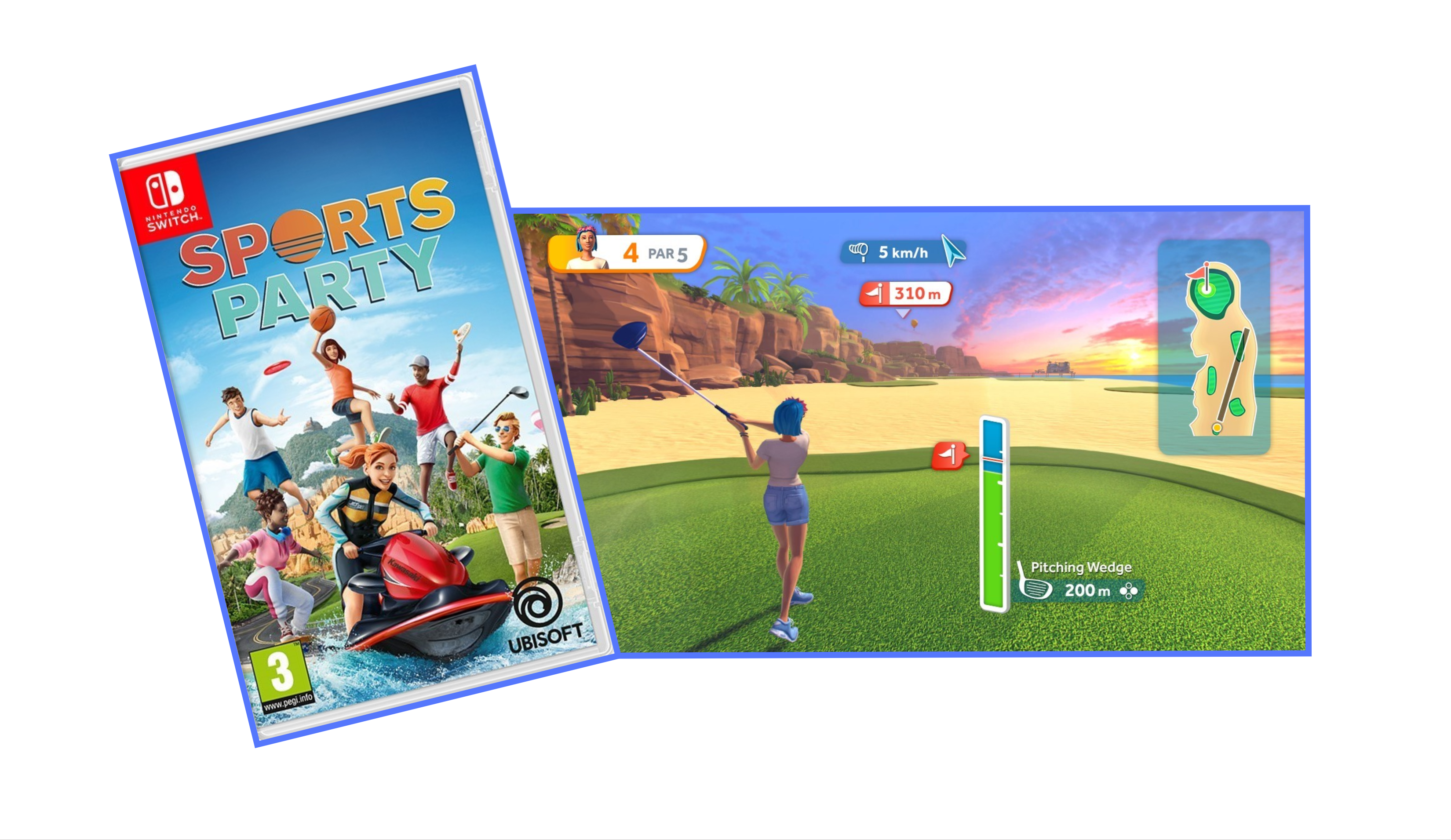 #49 Hint: The Indie so Popular They Joined Smash Bros ...as an Assist Trophy

#47 Hint: The Best Star Fox Game in Years and It's Not Even Got "Fox" in the Title

Anyways, nice presentation dude. Nice to know I'll have some competition this year (I haven't even changed the layout this time, I guess it's only natural to stagnate when there isn't competition).

Edit: also, um... sorry for guessing hints lol. I shouldn't be doing this as the host, but it's hard to change that muscular memory. Green hasn't sent me his list yet though, so I'm not technically cheating.

Wii Sports is definitely on a whole different level and unless Nintendo makes a considerable effort on rebooting the franchise I don't think anything will come close to recapturing it.

Go Vacation I never played. I was very close to getting it when it released but changed my mind at the last second. If it just wasn't for the fact it was a HD Wii game.

I'd say don't get it until you find it on sale or have gold points to get a good discount, ubisoft games tend go down in price fairly quickly. Saw the physical version of Starlink on Switch at £10 off not long ago already.

#50 on my list would still be around the 7 range just due to not having played the biggest library of games in the world. I'm also trying to only put games from previous generation consoles on my list if they had a big impact like a personal score of 9 or 10. Just so I can give the newer games I've played on Switch a better chance of representation.

Thanks, don't know if I'll keep it up for all of them but I will try to do something special for my final 10. (Will go into more detailed discussion on the last 10 or 15 games too, right now I've less to say on my more C/B  tier choices).

And no problem lol, gonna have to see if I can come up with some toughies.

I have also again slacked on my presentation.

I was planning to make a picture of my real boxes and things, but, yeah. Maybe for the final 10, that's not a bad idea. But for now, VGC's formatting tricks will have to do.

The game that got me into simulation racers. Looked and played amazingly well, and an incredibly memorable soundtrack.

Though not really a game that should be in a list containing the 50 best video-games ever made, I'm including it because of it's monumental importance to my early gaming life. In fact, the first five games in my list have such an importance, and are listed because they deserve to be mentioned. No doubt, without each of these five games, I wouldn't have been here today. There's a sixth game that has this importance, but that game is further down the list and actually does deserve to genuinely be among the greatest games ever made. Yet, I did still have a lot of fun with this simple game.

'#14:Gunfighter', as games were numbered back then and developed in-house by console makers, is an arcade shooter that puts two players opposite each other and has them try to shoot the other player. Each round each player gets six bullets, but the trees in between each player reflect them. Players can move up and down to dodge the opponents fire and to get into position to shoot themselves.

As I mentioned this game is important to me, because it is one of the first games I ever played, and likely the first I played in my own house. I played it on my mother's old 2nd Generation video-game system; Videopac G7000 by Phillips, known as the Magnavox Odyssey2 outside Europe. Interestingly, due to the primitive graphics, the concept for both versions was totally different due to different names and box-arts. Europeans thought they were dueling as cowboys in the Wild West, while Americans thought they were robots in the future. Old games like these are surprisingly fun even today, because of their simplicity. Like the Atari 2600, the G7000 controller only had one button. In this game, that button made your character shoot. What more do you need?

#49: During half-time in this game, something happens that doesn't actually happen in real life. At least not in Europe, where this is the dominant thing.