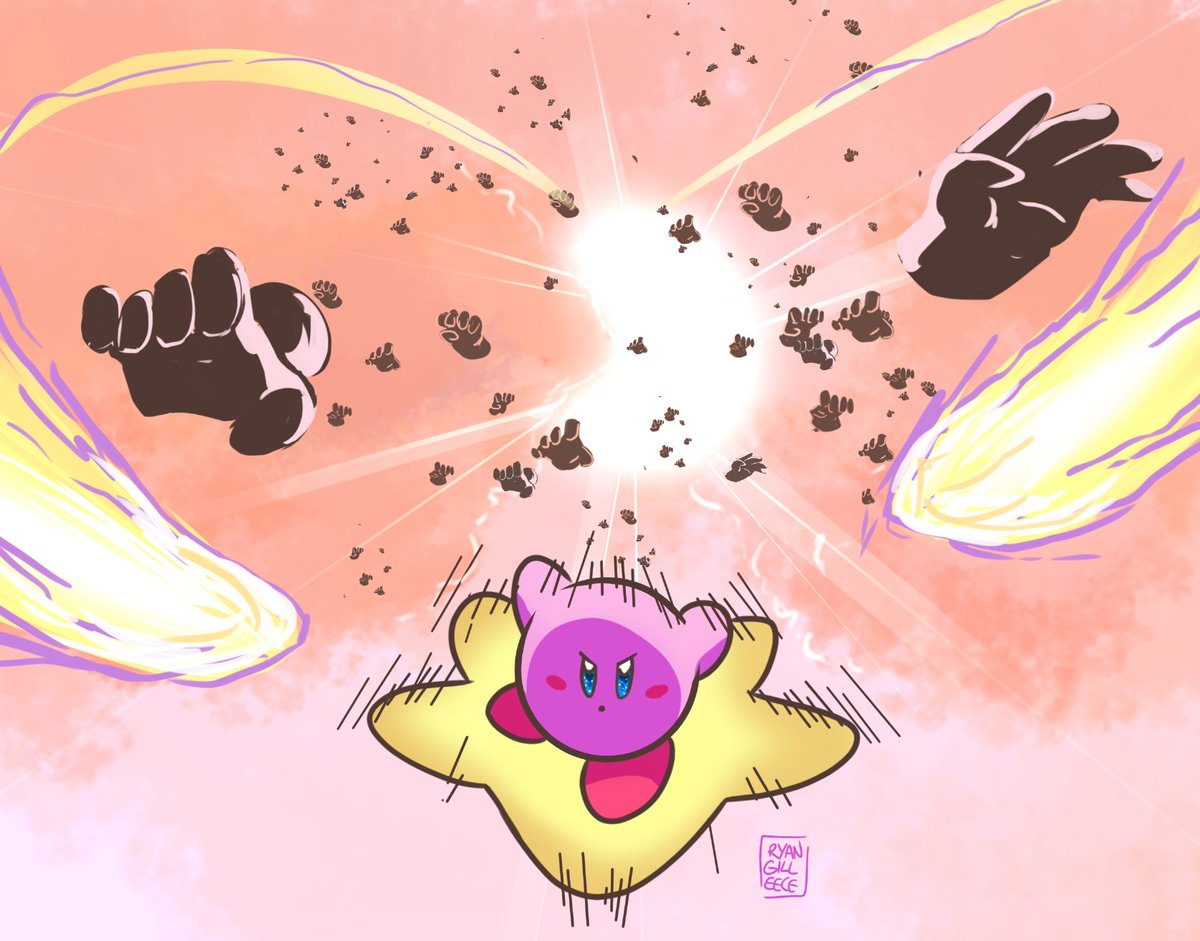 Nah, I'm broadly talking about the internet, not just VGC, otherwise I would have specified "Some people on VGC".

Also we've got a leak for the World of Light roster :

I'll never be convinced that there are people who seriously want Waluigi in Smash, nope never!

Ah of course, my bads.

Kirby is OP as hell so it makes sense! That and Sakurai's favoritism of course.

Kirby is the Ultimate fighter confirmed.

This song is just too good too.

Was pretty good. Disappointed they went Incineroar over Decidueye but also kinda expected it due to Pokken. Also sad Rex didn't get to be a fighter but again, also kinda feared that due to timing. Glad the DLC is looking like one solid pass rather than Wii U's confusing and expensive mess of options.
World of Light seems like it was the big reveal for this one and I like what I see.
Overall the biggest issue was length. Feels like a 30 min presentation stretched to 40.
Oh and fake leaks are BS.

I was also a little disappointed in this but not because of my like or dislike for the pokemon in question. We already had Fire (Charizard), Normal/Fairy (Jigglypuff), Psychic (Mewtwo), Electric (Pikachu/Pichu), Fighting/steel (Lucario), and Water/Dark (Greninja). I think a Fire/Dark Type doesn't really add anything to the roster, especially a Fire/Dark pokemon with a heavy emphasis on fighting styles and techniques.

Decidueye would add a much needed Grass/Ghost type combination to the table while also being unlike any other pokemon or fighter.

I'm not saying Incineroar is a bad pokemon, I just think Decidueye would have fit better and brought some balance to the pokemon representation in the game. I also would LOVE to see Garchomp in the game if only for its shape and type combination (Ground/Dragon would be awesome and I imagine it being a tank with little to no recovery given its lack of wings). Then again, I know that: 1 - They were only looking at modern pokemon from the newest generation, and 2 - I'm pretty much alone in my love for Garchomp.

They didn't do wrong by me and I don't think they made a bad choice, I just think that, for Gen VII's representative they could have done better.

From watching the TH stream I disagree as Incineroar's play style is very unique for Smash as he's a Zangief style grappler, his down smash (revenge) is going to be key in the meta surrounding him.

They’ll probably release that World of Light song on iTunes like how they released Jump Up Superstar. And it’ll be a hit.

Honestly, people should know by now that leaks and rumors should be treated as such, leaks and rumors. They are not going to be facts. If you read any of this stuff, take them with grains of salt. Sure, DanVergeben apparently got a good amount of stuff right about Smash, but I was not gonna expect any of his/her leaks/rumors. Remember Soul Calibur VI coming to Switch? Yea, hopefully it will come but I'm not gonna hold my breath for it at the moment. When people get behind on all of these rumors/leaks, things can get out of control, especially if those rumors/leaks become false. This sets people's expectations to a point where they get extremely disappointed when something doesn't happen when they expected it to.

In regards to Smash, you gotta look at how Sakurai does things. He's gonna go by some fan requests, but he's not gonna meet everyone's request. He will sometimes create a character that goes completely left field (i.e., Wii Fit Trainer, ROB, Duck Hunt, Mr. Game & Watch, and, recently, Piranha Plant). He likes to come up with a moveset that looks fun to play. That's just how he roles as a director who has a lot of involvement in the characters.