How unreasonable to imagine a radical absolute worst case scenario from a radical absolute piece of shit person. By the way, if you wanna delve deeper, you would know Bolsonaro is completely incapable of running a country. He has openly admitted to know nothing about economy, and his entire campaign has been built on manipulative buzzwords and fake news delivered to people through WhatsApp algorithms. His government proposal is an embarassment that looks like it was made on PowerPoint, and relies entirely on buzzwords, calling out all the problems in Brazil, such as unemployment and violence and all that stuff, but it never goes into the solution to any of it beyond just saying stuff like "we must change". Furthermore, he barely touches on education, despite current Brazilian political trends showing the government is trying to get rid of mandatory high school subjects such as Philosophy and Sociology. His son has recently stated "I've needed doctors, dentists, policemen, lawyers, teachers... but I never needed an ARTIST". It's a reflection of what these people stand for: ignorance. They don't want people to be cultured, they don't want people to know history, they don't want people to think for themselves, because they want to control everyone. It's happened before here and it's happening again now, at this point it's blatantly obvious that democracy won't last long here if he's elected.

Thanks for understanding. I am very much considering leaving, yes.

I don't walk outside much, but trust me I do understand. For the past 5 years or so, I've always been concerned when walking outside, and even more so after being robbed in late 2016. I know what it's like, but yesterday was a whole different level. I couldn't look at anyone with a straight face. I was afraid even when inside college, during and after class. It feels like everywhere is in danger, and I don't feel like I'm in danger of being robbed, I feel like I'm in danger of being attacked.

I was born in Paraguay, though technically I'm Argentine because it's where my family is from. I live in Brazil since before I was a year old, though, so I'm basically Brazilian in nature and do speak Portuguese much more natively than Spanish.

By the way, this is Bolsonaro's vice-president, and on the right you have Hugo Chavez. 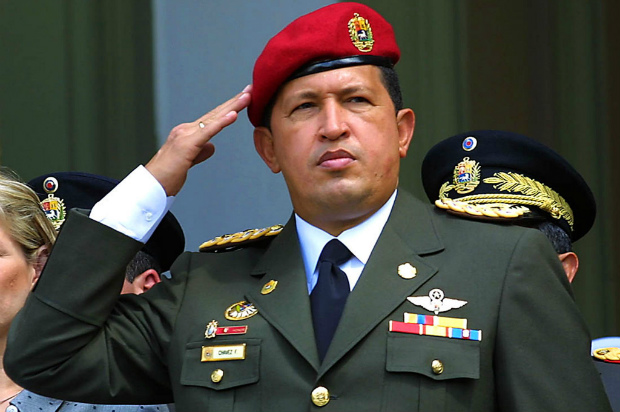 I'll let you draw conclusions on your own.

See, I think I was always someone who cared mostly about myself. The difference, I guess, is that I have the decency to consider that a personal flaw.

Again, can you please explain how any of this personally effects you? I genuinely don't understand all the frustration and sadness in your OP, when I didn't rad anything that pertained directly to how your life would change. You mentioned intangible things like "Walking in the streets had me nervous, knowing that most passersby likely voted in that abomination " which really make absolutely no sense, as that's all in your mind - those are the same people you werent nervous of yesterday.

Because people looking alike certainly makes them into dictator.

I am brazilian, and my vote will be for Bolsonaro. Fuck PT, and all the corruption this party is involved. Lula is in jail for all  the gross in your face corruption and still he is pretending to be an angel.

Maybe it's because I give the slightest shit about other people. I know loads of LGBT people, I know black people, I know poor people, many of those are my friends and this guy puts them all in danger. In fact, one friend of mine is already suffering with violence inside his own family due to this. And even then, if I didn't know anyone who was affected, I can still give a shit about the people I don't know who are affected, because many innocent people are being attacked and even killed for not voting in Bolsonaro. This affects my life, because it affects other people's lives. If you can't have the slightest empathy for other people and can only think about your own fucking ass, I can only be sorry.

I'm sorry, I didn't realize they were born in those outfits.

Cheer up least you don't have an asshole douchebag like trump as your president.

If your biggest political concern at any given time is the sjws then you have no political ideology worth mentioning.

What I want to know is why do people have such poor taste for politicians in elections?  I can go country by country and either the talent pool is poor or just assholes run for power.  I've lost faith in humanity.  Just a bunch of assholes running countries with their blind followers.

This guy is basically trump on steroids. He's like trump if literally everything the left said about him was true but then still managed to be worse