I was completely sure this was a thread about Brazil before opening if, lol.
First of all, we are screwed either way, our future is quite frigthening, indeed.
But I guess you just don't walk outside much, being always nervous and on look for everyone one else here is what everybody go throught every single day.
Next year will be have guns to more easily vent their frustation and ignorance on each other so yeah, it'll get even more dangerous than what it already is, so good luck to us all.

A user here posted some quotes right from Bolsonaro, he has also appeared on various interviews spewing this stuff. At this point, I find it really hard to blame all of this on a mass media conspiracy when its all coming out of his mouth. Based on the things he has said, such as if he sees two gay people kissing on the street he would beat them up, as a gay individual I certainly would not want him or someone like him in charge. Thankfully I don't live in Brazil, but I know the anxiety the groups being targeted by Bolsonaro and it makes me sad that they have to go through that, and at the same time I also feel sad for those that have been put in such a horrible social/economic position by the current situation in Brazil where they look at this man as an answer to their woes.

I know to some people what these types of politicians say is not consequential because they rationalize that they would not actually act this way once elected (which may be true, but I would rather take people at their words) and that the people being targeted simply do not have thick enough skin. However, when you are actually being targeted by these people (even through rhetoric), knowing the extent of where human cruelty may lead, it can make you at the very least feel anxious about your safety.

Believe me, it can get much, much worse. His ideas will only increase violence, and his candidate for vice-president has already said that he doesn't discard the possibility of an auto-coup d'état after they win. Moreover, Bolsonaro himself has already made tons of statements supporting the Brazilian military dictatorship and torture. Meaning Brazil will probably still be in god-awful shape economically and in terms of violence but instead of a democracy it will become a dictatorship. 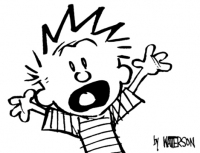 I hope you feel safer in the future (with or without him as the president). By the way, where were you born?

its good to just avoid politics all together for a few days, along with news or anything to do with politics. been there before. though i dont know enough about the election to make a educated comment on the situation. but i do notice the leftist talking points in OP.

another reason i hate politics in things i like to get away from, in sports, video games, etc... it infects everything pretty much, so turn off everything and go to the beach for a bit. enjoy the view :D and relax. if your close to one, or a lake or just away from the everyday. also dont hand around negative people, they will just bring you down in more ways.

I dont understand why you care so much. How does this effect you personally? If you're not being deported then what do you care? Your post is dripping of fear and sadness, yet you didn't describe a single thing about what you're so personally afraid of.

Yes.And somehow people think Bolsonaro is the one that will turn Brazil into a dictatorship.

It's like Trump's alt-right influence is spreading around the world, hence the rise of fascists and the suppression of journalists.

It's just as bad, as if you would get to choose if you would rather die from the pest or cholera, the end result is you die anyway no matter your choice there.

They're both pretty much the same thing.