"I don't comparing anything"
Yes, you are: "Buy your point Pro and X would need to be best selling option of PS4/XB1 because they offer best experience for PS4/XB1".And this is what i addressed (best experiences).

"Low price option has much higher potential for sales"
In theory.
GC's 99$ didn't cause a sales burst, did it?

You claimed that low price options have higher potential for sales.
I responded that that is not necessarily the case. And it's not because it's a revised version (specially one that results in an inferior product/experience) that really changes that.

Right - but we don't have quarter two shipment figures yet. When they come through, they might be down on the same period last year, or they might not be at the level Nintendo desire. It's still possible that's the case, but we'll only know for sure at the end of this month.

Then why have the mini version if the point was to cut costs(for the custumer), if in the end they will have to buy acessories to actually be able to play every single game the system offers?And no, you dont need a pro controller to have the full experience.I mean, as far as I know, no game requires the pro controller to be played.Nor the NES Joycons.

They won't have to buy the accessories, it is just an OPTION. Most Switch games work perfectly fine with the Pro controller or a third party controller, many of them even better than with joycons.

How many and which Switch games only run with Joycons? Not every Switch owner wants to play 1-2-Switch.

Also Nintendo wants to bring more than one Switch system into a gamer's household. Different form factors can help with that plan. I wouldn't buy a second normal Switch with all the same advantages and disadvantages (and a second dock I don't need) for another €300... but I might buy a €200 Switch mini/lite with better battery life, lighter weight and smaller dimensions for mobile use additional to my standard Switch, which would stay in the dock.

Another mistake that gamers make is to think that having more options is always better.Ill quote Delio because he basically encaptures what I think about this subject:

"An improved Switch is the most reasonable option.Price wise, if the improved version is more expensive, then, by comparison, the Switch OG model would look cheaper. And with time, with lowering price you'd eventually reach another audience without the need to compromise your future.An improved version would, in theory, allow for more multiplats and ports to arrive to the system.A mini version that makes it a handheld is the same as rejecting what make the Switch a success, it would also make it seem like an inferior product. Why should people opt for a mini version when they can't get the best experience on the original Switch? The potential of a such a model would be limited by default.Not to mention how certain games would be affected by the fact you wouldn't be able to detach the controllers.One of the main reasons that made Wii U fail was poor comunication.Having the communicate that you have two devices that do not work the same would sound messy and awkward. Not the best thing when you want to market multiple products."

One thing that I would add is that it makes more sense to launch a Switch Pro(that just bumps things like battery life, screen resolution and so on) after the base Switch has already been discounted, so you would have 200 or 250 dollars version and a 300 or 350 dollars version.And for that, the base version still needs to be discounted.So thats why I dont think this revision is comming in 2019, even if I do believe it will happen(A Pro version, not a mini one)

For your question of how many games need the joycons, out of the top of my head I know that 1-2 Switch, Super Mario Party requires joy cons.Pretty sure there are more games.But not only that, but there are also games that have exclusive features that revolves around the functionalities of the Joycons, such as Mario Tennis with its motion controls, Senran Kagura(For whoever likes those games lol) and probably many more in the future.Not to mention that you lose alot of value not having them detachable, since you basically come with a second controller out of the box that you dont have to pay extra to have.

The whole "one model for everyone" is a tired and outdated 1980s concept.

If they make the dock less likely/unable to scratch the screen, that would be nice. Though after thinking about it, I probably wouldn't trust it at this point and just get a screen protector.
I'm guessing a priority for this supposed revision would be to eliminate the hardware oversight that lets people mod the Switch fairly easily.
I don't know if I'd expect a Lite version of Switch next year already, but I suppose it's possible for a system where form factor is important.

I think it's more likely to be a Pro version (I actually would prefer the name Super Switch, reminiscent of Super Nintendo). Go watch SuperMetalDave64's and RevieTechUSA's Youtube Channels. They both have leak sources confirming the Pro version.

Wasnt SuperMetalDave the guy who swore up and down that Nintendo was going with AMD instead of Nvidia and it would be more powerful than PS4? Ya I dont trust his leaks.

I could see them doing it with or without detachable Joycons. 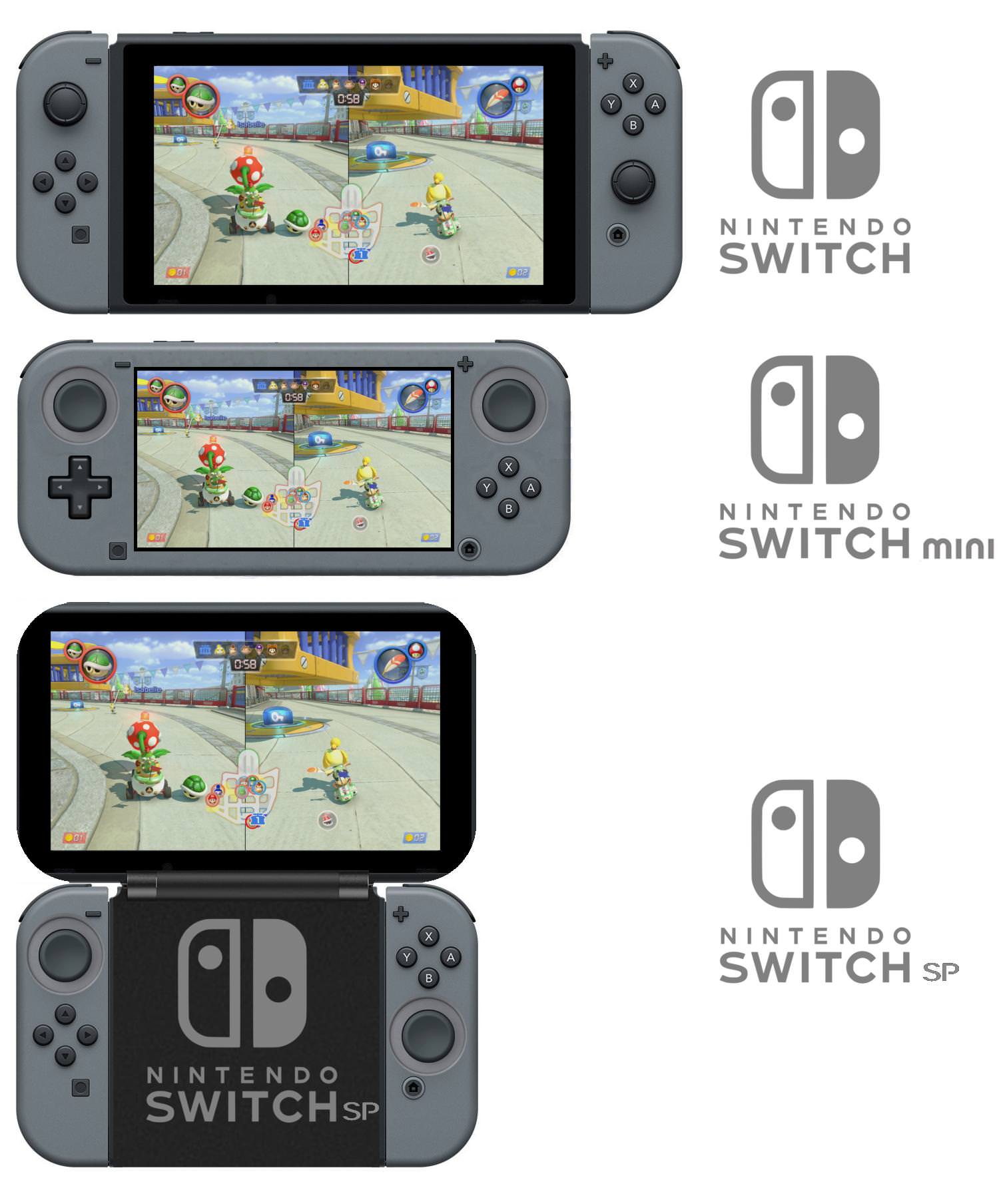 It is just a matter of what choices they make.

Joycon only games use separate Joycon either way, its just a matter of if they are stowed and charged by the handheld unit or not.

I think the clam shell design makes the most sense for portability and compatibility, but the joycon-less design would obviously be the cheapest manufacturing wise.

Maybe they have more imaginative engineering, who knows, but I think the goal whichever way they go is to have this new model ready for next year to launch at $199 along side Pokemon 2019 or Animal Crossing.