I don’t know. Whenever I hear someone use the word “hugely” my BULLSHIT meter goes off the scales!

Glad to see they are happy with their games sales.

To be fair Bandai-Namco and SEGA are giving sold support to Switch, Atlus, Konami and Capcom could easily gave much stronger.

You do realise that Bethesda almost never share sales numbers!? I think last time they share numbers was launch of Fallout 4.

Only reason why you are suprised because that comment is because dont fit with your agenda that hardcore 3rd party games and in this case Bethesda games cant have good sales on Switch, even if fact is that Bethesda before also said they are satisfied with sales on Switch and that they will contine their support, and that we already seeing that.

Also, VGC numbers are not always even near accurate, fact that Bethesda releasing Doom Eternal on Switch means that Doom was popular, that sold good and that they are satisfied with Switch sales, no way they would releasing Doom Eternal if Doom wanst popular on Switch. If I would to guess we talking about more than 500k with digital sales, and thats quite good number for late and full priced port, they made millions of clear profit.

EA thanks you for this unprecedented contribution to the comments section for this post. 2 cents will be deposited into your neetbux account.

I'll give a pass to Atlus for now because they're basically the only 3rd party left that's still heavily supporting the 3DS.

When internet posters acts like they now better than Pete Hines regarding sales of Bethesda games :S

Yeah now two cents may seem low but just you wait, the next step is going to be ... 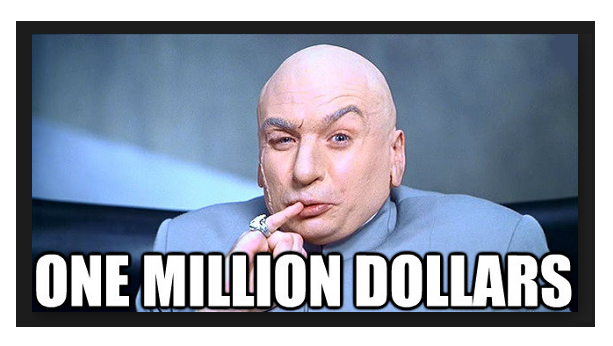 This. Let's take away without any problem that "hugely" as hype, at least for the titles that sold less, but what's left is that Bethesda is satisfied enough with NS to not just keep on supporting it, but also to increase that support. And if it's already satisfied with sales on a NS user base still relatively little, its satisfaction won't surely decrease when the user base will be larger.

Or maybe we should just take Vgchartz software numbers with a grain of salt?

It's true that it wasn't sold at full price. I'll take your word on the discount price.
So, let's compare it to Skyrim and WF2 (which already had a way bigger userbase), for example.

Sonic might have add a smaller price tag and more sales to increase it sales, but that didn't stop Skyrim from selling significantly more than this game.
Wolfenstein 2 should have outperformed Sonic Forces and it clearly didn't.

So, i'll say again, if Bethesda is happy will ALL sales, then, some games must have had really low expectations.

I'll admit sales numbers could be wrong, but it's what we have. And for all numbers to match those statements, then Doom has to be way off. Way, way off.

I have an agenda?

"Given the sales numbers (vgchartz's) either he exaggerated or their expectations were really, really low for some games."

I saw the claim and i didn't see how it can be anything other than vgchartz being way, way off (Doom and WF2's case) or their expectations for said games being really, really low for Bethesda to say they were  "hugely popular".
And i honestly don't believe vgchartz could be this wrong. Sorry, i can't.

How you can say that because i don't see such a claim matching with sales figures we have, having an agenda, is beyond me.

I was speaking about expectations, not actual sales numbers.
I'm not saying or implying that vgchartz is 100% correct, but Doom and WF2 sales, to match that expression would have to mean that vgchartz was completely wrong.

One last thing:
Why are you assuming that digital sales for Doom brings it to 500k? You know that it would mean the game would nead an attach rate of almost 50%. Don't you think that's a bit high?
ALso, would you qualify a game selling significantly less than SF (we are just comparing physical sales), as being hugely popular?