Nevermind then.  I kind of figured this would be the answer you give which is nothing.  No need to respond, I guess you really did not have anything to offer and it's the same old tired Trump arguments.  Only you understand what he is doing while us whatever you want to call us cannot see his genius or understand.  Thanks for playing.

You're asking silly questions. You said that you're not planning to argue the points. It's pointless to engage with you.

There hasn't been any engagement. I've asked several posters in this thread to elaborate in more detail or to support their arguments further and thus far there hasn't been anyone who has done so. Just a bunch of hollow unfounded suppositions at best with no logic or rationale behind them. 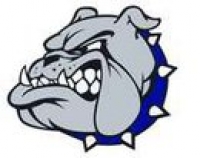 I voted for him :D

I said I was not going to argue every point.  I actually was just interested in what you saw as good coming from this President.  Since its an opinion, not everything needs to be argued, I was just genuinely interested just in case I missed something.

Then please don't ask silly questions like "who is this everyone" or other redundant questions that you can answer yourself. I get annoyed by being asked to answer something that's self-evident. I rather answer questions that move the discussion forward  or shed light on a different aspect of the topic. I already wrote out a list earlier of what I think Trump has accomplished. Depending on where you stand politically, that list is good, bad or doesn't exist.

So apparently I missed this since the list itself wasn't in list form and I rolled my eyes way too hard at the prior paragraph.

Renegotiating trade deals. How have trade deals been renegotiated? Is this a work in progress or do you view tariffs on Chinese imports and American exports as an overall good thing?

Dropped US out of the Paris accord - No country is able to back out of the accord until 2020. US is still in agreement with that accord.

Tax cuts - If you like the super wealthy hording their money rather than it being spent on the poor, sick, and afflicted in the country as well as the deficit ballooning way back up due to a decrease in revenue then not much to say here.

Being tougher on illegal immigration - Rate of deportations has actually decreased under Trump. The difference is that under Obama you had to actually have violent criminal offenses to be deported. https://www.usnews.com/news/data-mine/articles/2018-03-13/fewer-crossing-border-fewer-deported-immigration-under-trump

Moved US embassy to Jerusalem - Can you elaborate as to why you feel it's a good thing? The capital of Israel is Tel Aviv. Embassy seats are typically in the nation's capital.

Got NK to release prisoners - Good stuff. No different than what happened under Obama: https://en.wikipedia.org/wiki/List_of_foreign_nationals_detained_in_North_Korea

Already chose one Supreme Court justice - There's no sort of positive trait there. That's a stipulation of the job.

Remove individual mandate of ACA - Yep, and insurance premiums are going to skyrocket even moreso because of it. Individual mandate was originally argued for by the Heritage Foundation. I'll just quote Stuart Butler, a head of the The Heritage Foundation for 30 years: "I held the view that as a technical matter, some form of requirement to purchase insurance was needed in a near-universal insurance market to avoid massive instability through "adverse selection" (insurers avoiding bad risks and healthy people declining coverage). My view was shared at the time by many conservative experts, including American Enterprise Institute (AEI) scholars, as well as most non-conservative analysts. Even libertarian-conservative icon Milton Friedman, in a 1991 Wall Street Journal article, advocated replacing Medicare and Medicaid "with a requirement that every U.S. family unit have a major medical insurance policy."

Right to Drug Bill - A waste of money on drug tests. But if you like wasting money that's up to you.

Strengthens work requirements for welfare - You're going to have to elaborate on this one. My Google-fu has found nothing that the Trump has done regarding this. There were attempts to do something nationally about it in a farm bill but it was stripped from the bill in order to pass the Senate.

Unemployment fell - Yep, it fell a whopping .8% compared to Trump's start in office. Not bad, but still nothing compared to Obama's 3% (or 5% if measured from its peak)

Economic growth is great - It's about at the same pace as when he started. For instance the most recent released GDP on a trailing 4-quarters basis has matched 2015. In other words, it's good, but it's just continuing what had already been going.

So from what I can see, you like rich people hoarding their money, you dislike nature, you have no sympathy or empathy for the poor and less fortunate, and you like that insurance premiums are going to go way up, and you like that people and businesses are paying more for Chinese imports and that US exports are being similarly taxed in China leading to a loss of a big trading partner for many businesses.

Alright, if those are things that you like, then you're opinion is at least well-founded.

Lol, whatever.  You make a generalize statement and you call it silly when someone ask you for more information.  Anyone can say, everyone believes this or that with no actual stats to back it up.  Why don't you stop making generalize statements that way you do not have to get mad when people ask you what the heck do you mean.  Maybe if you provide more actual relevant data you do not have to get annoyed by what you believe is self-evident.  I thought you had hard facts but again it's what I feel more than anything else.  I thought you had some type of barometer to show Trump success so far and accomplishments but it appears I was mistaken.  In the end you did not provide anything but you want everyone to believe in his accomplishments and your self-evident belief that everyone sees what you see.

President Trump has ended conflicts in Syria and North Korea, has record job growth, record unemployment levels especially for minorities like blacks. This contrasts to his opponent who wanted to treat Russian cyber-attacks the same as military attacks... essentially bringing us into World War 3. To say that I approve of Trump's record to date, especially given the alternative, is an understatement.

What military conflicts has Trump ended in Syria and North Korea? I'm not quite sure you understand what the definition of 'end' is.