Recent topics about racism got me thinking about the state of things in video game culture. One captivating thought was that Nintendo gamers may be more receptive of racism, because in a general sense most of them get indoctrinated at a very young age which is why they keep buying Nintendo hardware and software throughout their lives. If Nintendo fans are prone to that, it isn't much of a stretch to say that they would subscribe to racist beliefs as well. Don't mistake this as me saying that Nintendo is the party that injects the racism into children's minds, because that's not what I am going for at all. My point is merely that weak-willed people are at a greater risk of falling victim to questionable beliefs and belief systems than the average person.

I do not know what the source of the racist teachings is, but I do know that racism is observable among Nintendo fans. Whereas PlayStation and Xbox fans buy games with black protagonists such as Grand Theft Auto: San Andreas, Nintendo fans do not. Licensed sports games are a big deal on PS and Xbox, but Nintendo gamers gravitate towards Mario sports games where all humans are white. Ever Oasis was a promising new IP released in 2017, but according to VGC estimates its sales amount to only 0.21m copies. The boxart depicts the black protagonist on the far right.

The best-selling Kirby game to date is Kirby's Dream Land at 5.13m copies. That's far ahead of the #2 (Kirby Super Star Ultra) in the Kirby rankings which sold only 2.92m. How can this be explained? As you can see in the boxart above, Kirby debuted as a white character and he never reached the same heights again after he ceased to be white. 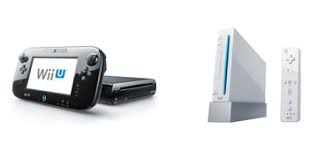 Even when we look at Nintendo hardware, we can see the same pattern. The Wii (white) was hugely successful with over 101m units sold while the Wii U (black) was a tremendous failure and fizzled out before it could reach 14m.

Of course, this doesn't mean that all Nintendo gamers are racists. But there's certainly a disturbing trend throughout history that shouldn't be brushed off as mere coincidence. Regardless, if you own a Switch (it is a black console), you are in the clear. If you don't own a Switch, buy one already. Also, Kirby Star Allies releases this week, so you know what you have to do.

Fun read, you should submit this to The Guardian ASAP.

They must hate purple people too (GameCube).

Jokes aside, 5 minutes of online voice chat will answer the question.

You got me for a seconf, Rol. At first I thought some online site had written some click baity article with this premise. XD

how you didn't mention the pokemon Jynx is beyond me

My experience is that it's generally omitted that the GC was available in black since its launch day. I suspect that such people do it because they are obsessively politically correct and don't want to offend the black community when they blame the failure of the GC on the color of the console.

Listen, i don't know what kind of shenanigans anime artist are into, but that is not a black protagonist. Being like 1/8 or 1/16 black myself, that's just a hilariously tan/burned white (?) protagonist. Are anime characters white? I don't know, they always look white to me.

i would say the only racist here are the pc gamers...

since they are the only one who brought up the race...

The inferior version of the Wii U was white while the superior version was black, so yes it's racist against whites by implying that whites are inferior.