Thats nowhere close to being true.

Depenends on how well Sony can comunicate the advatages over ps4. I believe $499 could be feasible right now since direct competiton is weaker, if the can offer a great upgrade.

You‘re quoting launch period numbers...I‘m talking about actual sales afterwards, especially in relation to Amazon, which can be seen in the actual Amazon US sales thread, if you don’t believe me. Pro has usually been above X1X lately (guy I was responding to was talking about Amazon sales).

Not sure how long you’ve been gaming, but that’s not true at all. Nothing has changed. Models never released parallel, Be it Mega Drive and Super NES, PS1, PS2 and XBox or 360 and PS3. Switch is only hard to classify as it is indeed releasing between two gens...just like Pro and X1X which are both just iterative 8 gen consoles (8.5 so to speak).

The only „generations are done for“ talk comes from Microsoft, which is pure marketing. You’ll see how soon they drop support for the 8 gen consoles once new games utilise the new power of the 9th gen consoles. Everything else would hold back gaming as a whole.

Especially since market leader Sony have clearly stated that they still believe in a generational jump.

And no, X1X is sadly not leagues more powerful. It has the same weak CPU as the rest of the consoles which has always been a bottleneck already. Some more pixels won’t change that, as can be seen in several titles already, where the Pro even has the better performing version.

Xbox One X sometimes beats PS4 Pro like this one 5 days ago DroidKnight shows that in the page link though and other days . I said sometimes though

I don't know how to directly copy and paste exact direction of the page thoughso people will have to scroll down a bit .

I'm not gonna keep going back and forth about generations, as generation as a word refers to a group of things living around the same time collectively. (https://en.wikipedia.org/wiki/List_of_home_video_game_consoles) It's known that Gen 1 was Magnavox, Gen 2 was Atari, Coleco, FM Towns, Channel F, Intelliviosn, Gen 2 was SG 1000, Gen 3 was NES Master System, and so on. And each ended full support of software around the time of the next console release. These consoles all released around the same time, not in parallel but around the same time, and they were separated by bits until the 6th gen. Sony believing in a Generational jump in power doesn't automatically mean the status of generations is the same. Power itself doesn't determine that. If that was true The Sega 32X would have been included in Gen 5 and not 4.

I don't necessarily like Microsoft's consoles, but them talking about the end of generations often flies over people's heads because they don't know what Microsoft is trying to say on a technical and objective level. What we're thinking is on a subjective and pathos based level. The aspects and attributes that have restricted what it meant to be a generation have been lifted. But yeah, you stick to your interpretation, and I'll go with Microsoft's.

Xbox One X can push true 4k, PS4 can't. IF we still believe in "Generational Jumps in power" we'd classify a jump of 480p to 720 or 1080p, technological jumps. Like I said, I don't care for Microsoft's consoles but they can do true native 4k, PS4 and Pro have to checkerboard and upscale. It's on paper stronger than the Pro and in practice. Yes...it does run into bottlenecks, but it has the hoarsepower to at least render native 4k, can't really downplay that. Any Pro game that outperforms the One X version is either poorly programmed for the One X, or devs don't want to invest in learning the hardware upgrades or making patches to take advantage of the hardware, which is understandable.

There are like 30 games running at native 4K, even 4K/60 on Pro. It’s not a generational difference at all..it’s a bit of image quality, that’s about it. In very few cases at least better textures.

You‘re also giving the X1X too much credit. Having the same CPU as they Pro it means it more often runs into bottlenecks when trying to juggle the bigger data amounts around. Of course there is a certain horsepower difference in GPU power, no one is denying that, but you also need to understand that many developers just don’t care to put a lot of extra work into an specially enhanced X1X version, as it’s the by far lowest selling console this gen..and it doesn’t seem this will change soon. Why invest time and money in something only a few people own?

You also forget, that the Pro‘s GPU is indeed more advanced, as it even uses Vega features the X1X is lacking. Optimisation can do a lot if developers take their time. Same problem as with the X1X though. Only few people own it.

I stick with my opinion...generations aren’t just not over...they’re even needed for real progression in games. I can’t wait until the long outdated tablet CPU in all current gen consoles isn’t holding us back anymore. 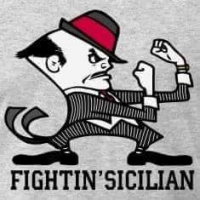 If it has teeth, yeah.

The question for me is more can they afford not to?

PS5 needs to be substantially stronger than the PS4 Pro to give a real incentive to upgrade as due to diminishing returns it needs bigger differences in hardware power for noticeable visual differences. Thus the GPU part needs at least 10-12 TFlops of raw calculating power to stand out visually over the Pro, and that doesn't come cheap. Graphic cards in that power range cost more than an entire console right now, and even by 2020 it doesn't look like their price will be under 200$ by then. Add to this the need for more RAM and a stronger CPU plus the price of all the rest of the hardware and I hardly see how a price of 399$ can be achieved without resorting to an unhealthy heavy amount of subventionning