Not 5,5 times per day. Whenever he says something, you can assume he is lying.

He's a compulsive liar who only cares about himself. Look, if you support him at this point you're either A. rich or B. stupid. There's literally no redeemable quality for anyone besides those of the 2 categories I mentioned. Some may insist "he's better than Hillary or Obama" -but not being someone else is a poor reason to like someone. Here's the thing: The dude isn't a conservative and back in 2000 he wasn't a liberal. He's a liar who says what he thinks his audience wants to hear so they'll ignore the fact he is completely inept at everything he does. He is Dunning-Kruger personalified.

And no, his lying is not comparable to Obama, or Bush, or Clinton, or Reagan or any past President -maybe Nixon. But the dude also lacks the class of all of those people too. He's trash and people have to start realizing he is not on your side. He'll drop you the moment you become irrelevant to him. The coal miners, the poor, the sick. All of them, he has no passion or compassion for your cause of your betterment.

He's a bad representation of many moderate Republicans, and yes they do exist. But it can be hard to see it when he smears the party so much with his shit. He's a bad Republican, a worse conservative, and not ideal for anyone especially since his job so far has been to hire the absolute most unqualified people for jobs that are very important. People like Betsy DeVos and Scott Pruitt.

Btw, this is a judicial nominee Trump chose: https://youtu.be/4d6wFyCdYHk -he can't answer even the simplest of questions, not one. It's scary how unqualified some of these people are. The fact this guy could be a judge somewhere is beyond terrifying

That’s why I included the according NY Times article. Feel free to read and question it as well, most respectable newspaper in the world or not.

I read the list. Half of them are just him being an ignorant uninformed dumb ass or exaggerations (i.e. time magazine comment) not intentional lies.

To me lies are more about what they promised to deliver and what they did and failed to because they changed their mind. Those are significant items. 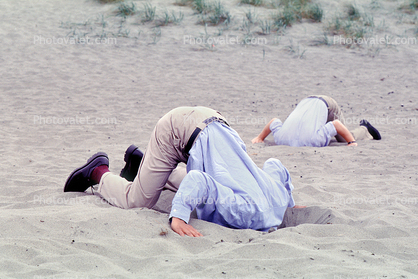 The trump apologists are truly perplexing.

And we got our daily quota of Trump bashing... at least it should serve to remember some folks to ask for less government instead of more.

I'd say ignorance is a pretty bad thing for the president of the most powerful country in the world. For his ability to do his job, it's actually probably worse than lying. I suppose it doesn't show malevolence though.

Oh Jeesus. I wonder what the connection is between Peterson and Trump that he'd get a nomination? That vid was hard to watch.