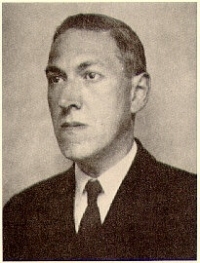 Trump is a god damn American hero who is single handedly saving the world despite the bigoted, hateful attacks of frustrated and miserable leftists. The economy is booming, unemployment is down, the stock market keeps hitting record highs, and ISIS is all but defeated. Trump gets results and that's all that matters. Get ready for seven more wonderful years!

Not sure if serious. None of those things are on Trumps account though.

The president could be a used washcloth but as long as it triggers liberals then it's good.

At this point only virgins in politics would be having asthmatic attacks right now or someone who is downright drunk in his idealistic view of politics.

If you think people who actually believed in "Make America Great Again" was stupid, look at the mirror and tell yourself you aren't the same if you think anyone is holier than thou.

We're all looking for politics that has no lies or whatsoever but this is no god damn utopia and you know that.

What matters if that person isn't some white knighting politician who just wants to pander for shitty votes of the general public and doesn't have a mind of his/her own to pitch in his own ideas.

I'd guess most of these are significantly more the result of Trump's profound stupidity and incompetence than actual plotting against the American people.

And yet is loyal, idiot subjects simply don't care. To them, all of his lies are easily explained away as "fake news" from the corrupt "libtard" media who are just trying to make Saint Donald look bad. And of course, the involuntary knee-jerk rebuttals of "But Hillary did xyz" "But we suffered for 8 years under Obama" "But Liberals" "But BENGHAZI!!!!" "But her emails" "But, but but ....."

The fact is that all Northamericans are corrupted. See all sexual assault acusations lately that includes Kevin Spacey that involve some minors too and Naughty Dog to say some.

The funny thing is it is fake news. I took a look at that list and found two

lies missing from it. They either poorly researched Obama’s lies or had some sort of bias. This is from someone who doesn’t really even pay attention to politicians. It’s so disgusting how you can’t  trust any media anymore. That’s the Nytimes and they can’t even get it right.

Trump apologist are really amazing, someone has to make a study about them.

Apologies for quoting your entire post just to reply, but I just gotta say you have 100% hit the nail on the head with your analysis. Could not have said it better myself. I've written off his rich supporters because at least they have a tangible financial benefit to supporting him (as vile as that is). It's the stupid people that really piss me off because a) willful ignorance should never be tolerated, and b) their stupidity is having real, detrimental effects on our country.