I'm not sure if this is the right place to post this but I was looking at the platform totals and some of the figures aren't adding up correctly. Look at PS2 for instance it's down at #14 on global but the figures are way off.

stop ordering catfood online, that way you dont get the advert

In comments for news, quotation doesn't seem to work properly. The syntax I'm talking about is this:

Instead of just the quoted text being marked as quoted, the whole comment gets marked as quoted, including my answer to the quoted text. I feel like this is a feature that would be nice to have working in comments since there is relatively often need to quote certain parts of the news article. I also know this is a feature that should ideally work since IIRC the comment section supports Markdown and this is exactly how you use Markdown.

On another note, a similar problem seems to apply to switching to preformatted text in forum posts:

The regardless of what I would type or selected after the paragraphed text, my style selection would apply to everything after the first line. I had to edit the source code to get this post to format correctly.

EDIT: Another nice thing would be if the post actually looked something like it does in the editor. I did have preformatted text in the editor but not in the post itself after I posted it, so I edited the post to format... more clearly, at the very least, if not as I intended. I think the horizontal line is another one that doesn't work properly, and I think I've encountered others that don't work either but can't remember those anymore.

Is anyone else getting an error on mobile when using the vgcbuddy?

In case it matters:

I'm getting an error every time I post a comment on an article. It appears as though my comments are not posting. However, they actually are. Considering the suddenly higher number of deleted comments, my guess is others are seeing the issue. I think this has been occurring for about 24 hours now.

When the site was refreshed, I partly updated the User profile and my country is stuck in the new format: "English country name (Native country name)". But that format is not used in other parts of the site, such as the search, which still has the old "english country name" format for the filters.

That's neat! A minor nitpick would be calling it a thread when next to it the same things is referred to it as a topic - twice. I know the term was being discussed before, but you don't usually want multiple names for the same thing. Still, good stuff, and personally I'm not bothered since I know they mean essentially the same thing. 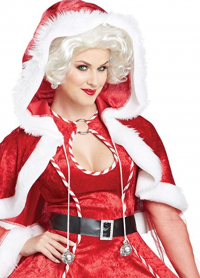