It's not just about sales, but also the neverending discussion which gen Switch belongs to. Everyone who is convinced that it's gen 8 is pressing for an early launch of the successor, because otherwise there would be no way around that they were on the wrong side of an argument for several years.

My expectations weren't fulfilled with Tales of Vesperia despite them being grounded. For the most part, it's a disjointed mess where the story forces characters in and out of your party far too often, including a stretch where you will be without good healing. Sidequests are way too obtuse to start and the side activities in general take far too much time for often meager rewards. As a result, the game feels like a drag far too often. It's one of titles where you'll be glad to be through and at peace with yourself to move on to another game. That is, if you manage to stay motivated enough to pull through.

If you've never played a Tales game before, you will be more forgiving when it comes to Vesperia's flaws. But if you've played a few Tales games that predate Vesperia, it's just another one where obvious shortcomings have not only still not been fixed, but the few strengths also been mitigated by a hamfisted story.

Nice Haul! I'm curious what made you buy both them games at the same time was there a discount or just randomly picked them up together? I still have my pic of them from 2 months ago since I also bought together when they both got a discount to £25 :D 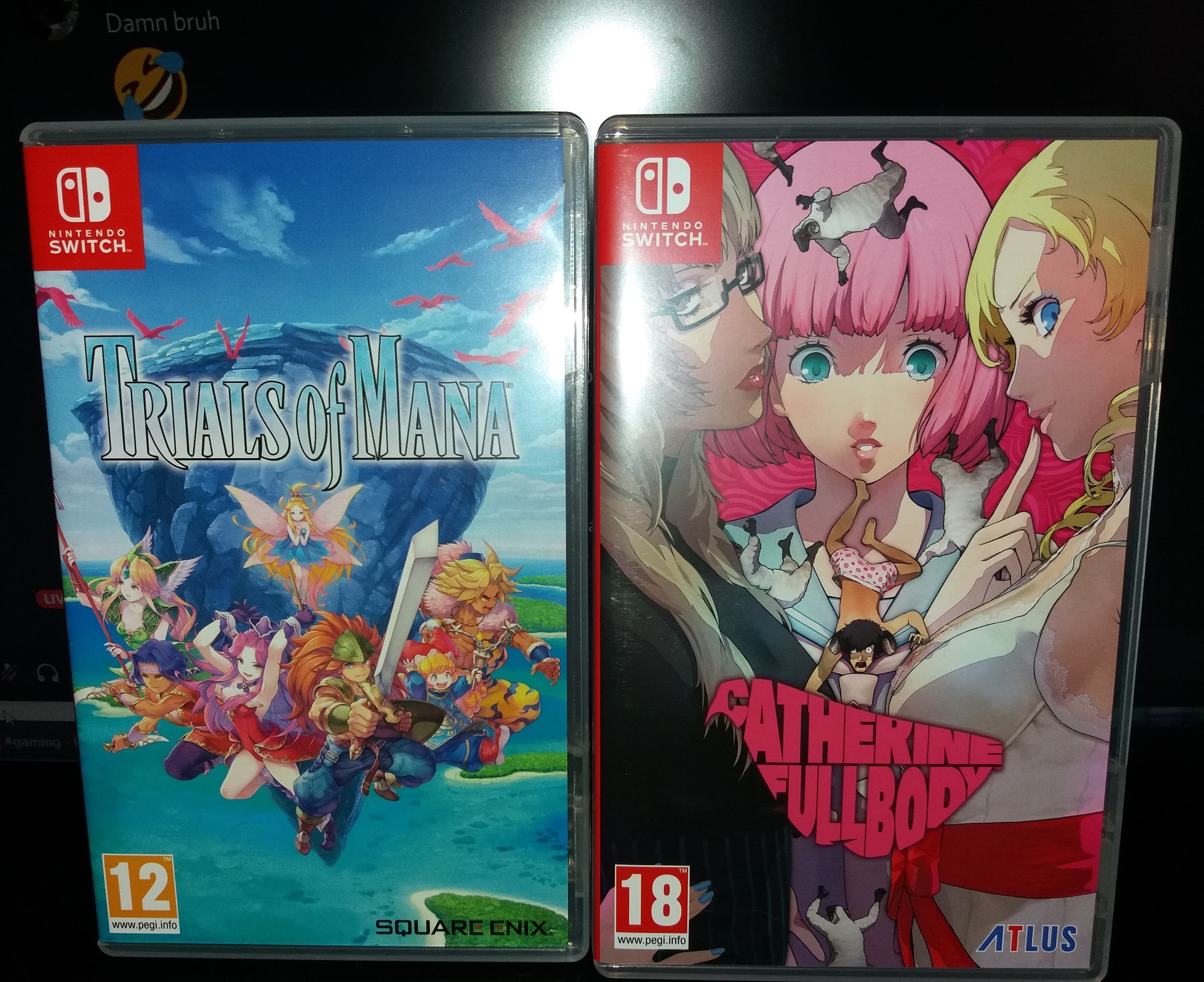 So I guess I'll try to get a hold of Vesperia once I manage to snatch a physical copy for cheap then. Could be a good enough placeholder after I'm finished with Age of Calamity.

About 5 hours in for Pikmin, so far finding the game nothing but fantastic. Hope it sells well enough to cross 2 million lifetime, it truly deserves it

Well, Touryst is okay so far. Still not really a fan of the blocky art style, and I wish B was jump instead of A, (what is it with games doing this, especially when they leave the B button all but unused?) but at least it plays very smoothly and has a good amount of variety.

Crazy idea, don't know if it's been done yet by Nintendo.

Because at this point there's no way any of them will ever get sequels, and the only way they've stayed relevant is by having Smash Bros. reps.

Relevancy has no bearance on the definition of IP, they're all seperate even if unused at the moment.

Sorry I didn't see this until now

. But yes!!! Similar to you, I got them because they were on discount on Amazon. They were both $15 off individually, so a savings of about $30. I think both games for $70 was pretty fair honestly. Started Catherine and enjoying it a lot so far!