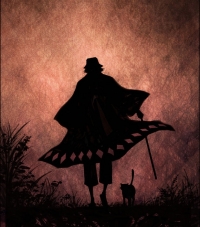 My median projections have the PS4 in the 100-110M range, probably towards the higher end, and assume a Nov. 2020 release date for the PS5. Optimistically, I think it could hit 120M, but that could depend on having very strong legs. Assuming my estimates for 2017 come true, the PS4 will be sitting at 72.4M units globally. That's a very high number to be sitting at for a system that appears to be peaking. No other system has ever sold that much before peaking. The PS3 & 360 were both over 60M when they finally passed their peaks, and that was a record, and was largely due to them having very belated peaks (fifth and sixth full year, respectively). Sony is running out of people to sell PS4s to, and sooner or later, probably sooner, the PS4 is going to be entering the terminal decline phase of its sales life. With the PS4 not having nearly the market share the PS2 did in the U.S., trailing behind the PS2 in Europe (probably due to the UK market being competitive), and the Japanese market shrinking, I don't see the PS4 selling anywhere near as well as the PS2. 150+M isn't happening.

Now, it is entirely possible that Sony could try to squeeze the PS4 for all its worth to try to extend its legs while putting off the PS5 as long as possible. The rate of tech advancement is slowing down, so Sony & MS have an incentive to extend a console generation as long as possible in order to allow the tech to advance more and make the generational leap more pronounced (I think last gen was as long as it was on purpose; imagine how weak the PS4 & XBO would have been if they were launched in 2010-11). They could keep going for deep sub-$199 discounts into 2019 and beyond, which could get them a good bit above 120M, maybe even reaching 130M. But at some point in a system's life, no amount of price cutting will help improve sales. Eventually, they just run out of people who are willing to buy a current-gen system.

Nopes, it's still 19.4M. Shipment numbers are the actual numbers that matters. If you disagree then I suppose you never discuss 3DS sales since it's sales numbers were never released.

The PS4 is one of the rare cases where we have actual global sales numbers that don't come from VGC. In fact, it may be the first time we got global sales numbers from the manufacturer instead of just shipments. Honestly, I prefer to not use shipments for an ongoing generation because they're not congruent with sales. Typically, I just break down sales by region, using NPD for the U.S., Media Create (or Famitsu for pre-MC numbers) for Japan, and, with the caveat that they'll often have a non-trivial margin of error, VGC for Europe.

Luckily Sony sells the true record setting numbers within the six to seven years of their lifecycle. Anything else is just extra. As you know, with time the numbers fall from their peak and Sony is usually cuts the price down to the lowest point from there. Once the platform hits $200 it's as good as over.

The 360 halved the market the PS2 expanded. The majority of the 360 gamers came from the original PS2. Don't you find it funny how Microsoft and Sony both sold around 160-170 million consoles combined? The only company that had expanded the gaming market that large outside of a Nintendo platform was Sony.

PS3's problem was price from launch to this day. Right now a new PS3 is more expensive than PS4.

Sure am. And this will be fun to revisit just like GT5 and Heavy Rain predictions were.